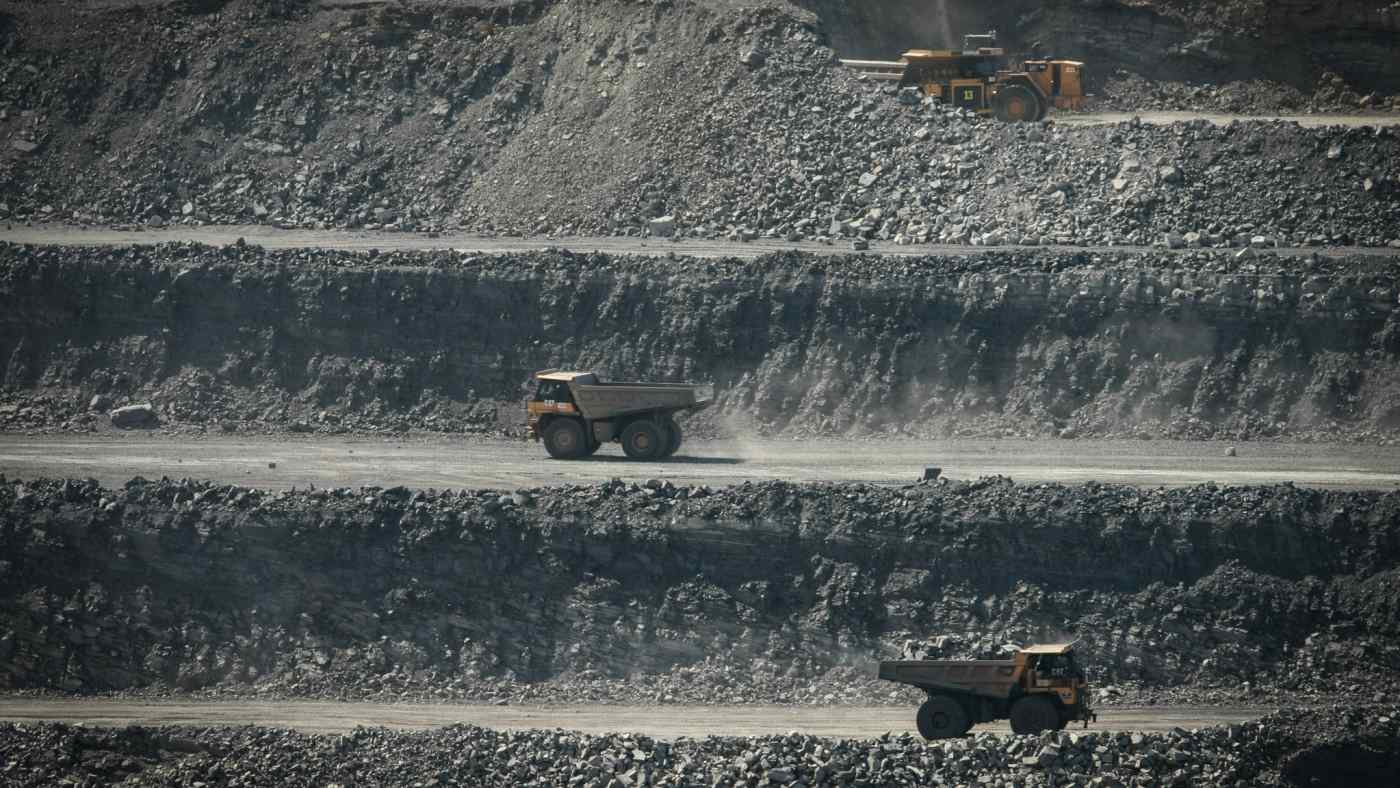 ULAANBAATAR -- The Mongolian state company controlling one of the world's largest coal mines plans to raise up to $3 billion in a public stock offering in Hong Kong this year.

The listing of 30% of Erdenes Tavan Tolgoi, announced Thursday by Chief Executive Gankhuyag Battulga, will be good news for Hong Kong, which analysts have forecast will see a much lower volume of initial public offerings this year after beating all world markets in 2018.

It will also cheer members of the Mongolian public who received 15% of the company's shares for free in 2012 when the IPO was initially planned. They have received no dividends since nor been able to sell their stock after the listing plans were sidetracked by an upsurge in domestic resource nationalism and the collapse in global coal prices.

Their shares will soon become tradable on the Mongolian Stock Exchange, before or at the same time as the Hong Kong listing, with the first dividends to go out this year as well, Battulga said at a press conference in Ulaanbaatar.

"I think there is a rush and realization to get the IPO done before the economic cycle downturn that could unfold in late 2019 or 2020," said Rainer Michael Preiss, portfolio strategist at Taurus Wealth Advisors in Singapore and the founder of a Mongolian investment fund.

The Hong Kong Stock Exchange last year played host to 286.5 billion Hong Kong dollars ($36.55 billion) in IPOs, according to consultancy PwC. It and rival KPMG both project that proceeds this year will fall to around HK$200 billion, in part due to fewer big listings.

The Mongolian government last year won parliamentary approval for listing Erdenes amid rebounding coal prices. Battulga told the Nikkei Asian Review that a secondary listing in New York might follow the one in Hong Kong. London was earlier considered as a possible listing venue.

The Tavan Tolgoi deposit, in the south of Mongolia about 240 km from the Chinese border, holds estimated reserves of 7.5 billion tons of coking coal. Erdenes last year turned a net profit of 720 billion tugrik ($272.78 million) on revenue of 1.86 trillion tugrik. That compares with earnings of 461 billion tugrik on 1.2 trillion tugrik in sales in 2017.

Battulga said proceeds from the Hong Kong offering would be used to finance a nearby coal-fired power plant and a railway to the Chinese border. Coal is now taken to China, Erdenes' main market, by truck. The new rail line is to be completed by 2021.

Under an agreement reached last month, the power plant's output will be used by Oyu Tolgoi, a huge copper mine co-owned by the Mongolian government and Australian miner Rio Tinto. That mine currently imports power from China. The new power plant is scheduled to come into operation in 2023.

Aluminum Corp. of China, which had originally provided $350 million in financing for Tavan Tolgoi's development in exchange for a pledged supply of coal, came into conflict with Erdenes when coal prices fell. Ulaanbaatar in 2015 blocked a $4 billion deal for a consortium led by China Shenhua Energy and Japan's Sumitomo Corp. to take over management of the mine.

Mongolian Mining Corp., a private company operating a coking coal mine within the Tavan Tolgoi formation, listed in Hong Kong in 2010.