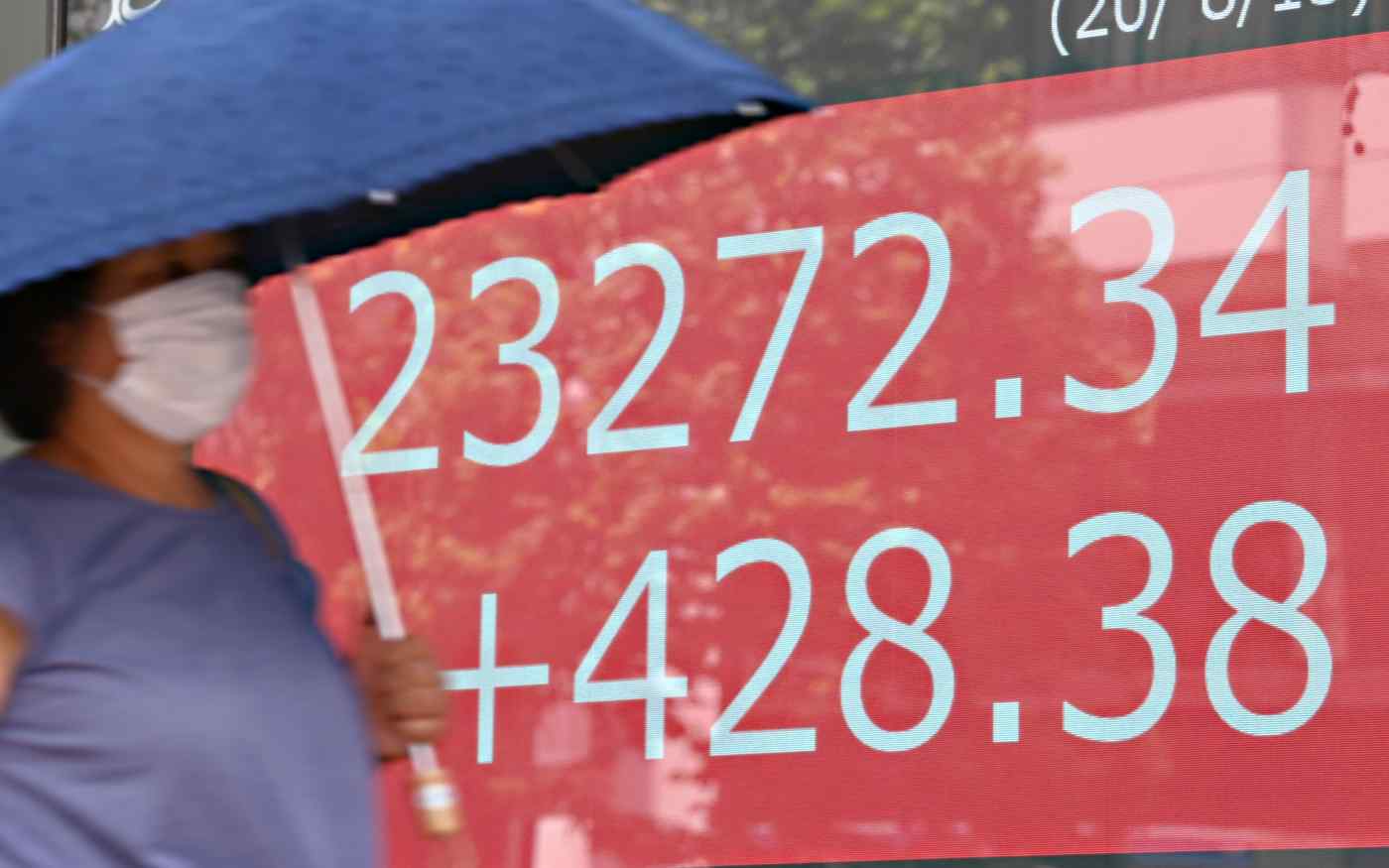 HONG KONG -- Most Asian stocks climbed on Thursday as the global equities rally gained momentum on fresh signs of U.S. economic recovery, shrugging off a resurgence of the coronavirus in several countries.

Japan's Nikkei Stock Average surged to its highest level since February and the MSCI All Asia Index is set to wipe out all losses for the year. The Nikkei stock average was up 2% while China's CSI 300 index of the largest Shanghai- and Shenzhen-listed stocks dropped 0.3% and Hong Kong's Hang Seng index fell 0.1%. South Korea advanced 1.8%, India's Sensex rose 0.4% and Taiwan gained 0.5%

The gains in Asia follow a 1.4% increase for the S&P 500 index overnight. The index briefly scaled a record high.

"More and more signs of an economic recovery, low interest rates and flush liquidity are underpinning the market recovery globally," said Hong Kong-based Mark Dong, the co-founder of Minority Asset Management, which manages $1.6 billion. "Chinese shares have been driven by the control of the pandemic, widespread acceptance of the economic rebound and low valuation of bluechip stocks."

Chinese liquor company Kweichow Moutai was little changed, while CITIC Securities and consumer electronics maker Midea were higher by over 5%. China releases a series of data for July on Friday, including industrial production and retail sales.

Alibaba Group Holding climbed 2% in Hong Kong, while Tencent Holdings, which is the subject of the Trump administration's executive order banning US companies from dealing with its WeChat app dropped 1.3%. The stock has declined more than 8% since Washington took aim at the company last week.In Japan, Softbank Group, which swung back to profit after a record loss, climbed more than 3%. Toyota Motor Corp was up 1% while Daiichi Sankyo rose 2.5%.

Asian gains come as data on Wednesday showed core U.S consumer inflation rose faster than expected in July, indicating an economic recovery was strengthening in the largest global economy. The Asia Pacific stock gauge has risen more than 40% from its March low, led by commodity stocks, on hopes of a recovery in business activity as governments reopen economies despite a resurgence of the virus.

"Optimism persists with respect to early agreement on a new US fiscal support package, despite a complete lack of evidence of movement in this direction," said Ray Attrill, Head of FX Strategy at National Australia Bank in Sydney.

Futures indicate a muted start for Wall Street with the S&P 500 futures trading little changed. The dollar declined 0.1% against a basket of currencies, oil futures ceded ground after climbing to a five month high on Wednesday while gold advanced 1%. Last week the precious metal touched an all time high as investors sought safety.