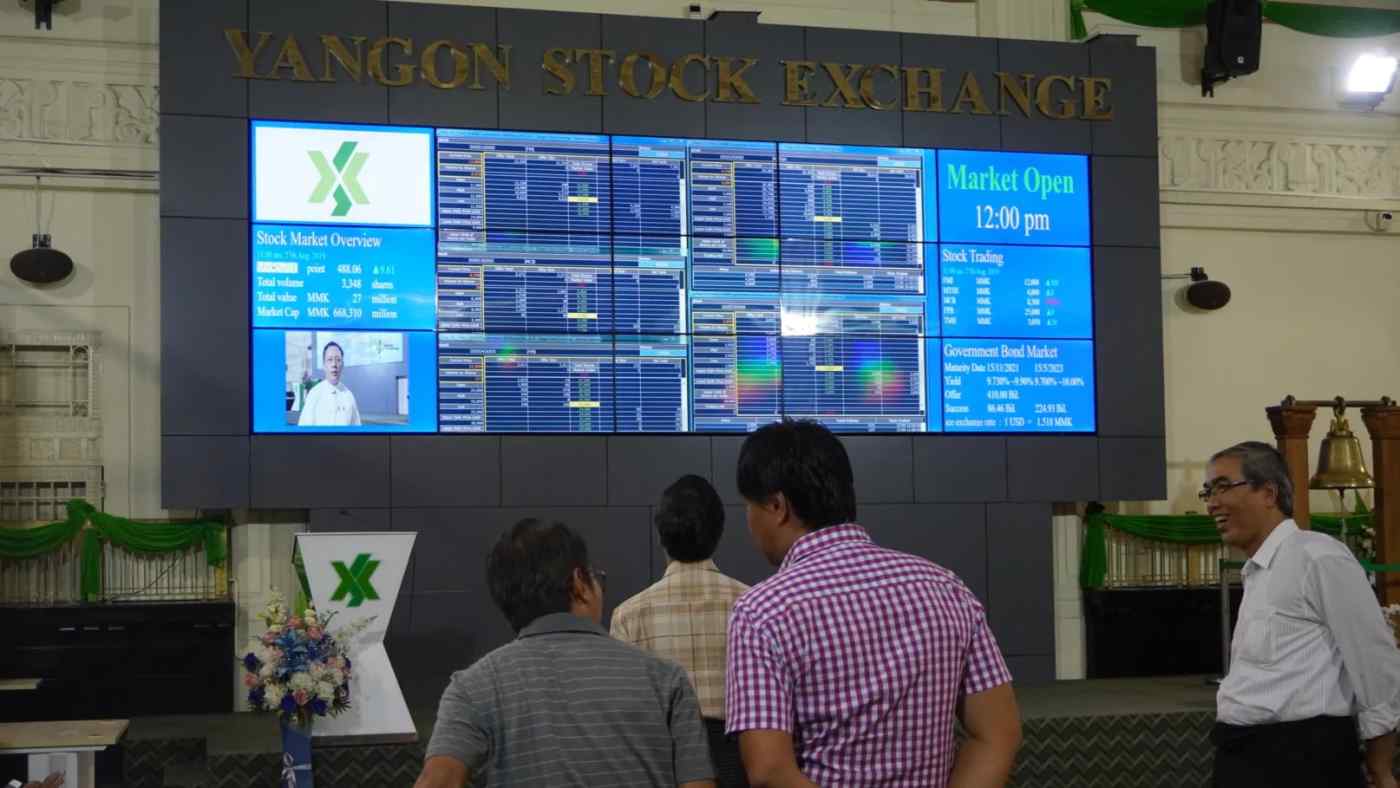 BANGKOK -- Expectations are growing for an influx of foreign investment into Myanmar two months after local authorities said they would lift restrictions to allow overseas investors to trade shares of locally listed companies.

The Myanmar Stock Price Index or Myanpix surged 10% in August, despite the turmoil in global markets, on such expectations. Indeed, local investors are also mulling how they could benefit from the expected boom.

Local investor Ton who has shares in property developer First Myanmar Investment (FMI) told Nikkei Asian Review that he was considering buying into the four other stocks listed on the Yangon Stock Exchange, or YSX. "I hope the foreign investors would lift the price of FMI stock and Myanpix in the future."

Myanmar's Securities and Exchange Commission said it would allow foreign investors to hold up to 35% of each company listed on the YSX, which was only established in 2015, from the end of this year.

The announcement marked a milestone in the economic development of a country that is often described as the "the last frontier in Asia" and gave the Myanpix a much-needed shot in the arm. The index had shed two-thirds of its initial value by April this year.

For now, the five listed companies have a total market capitalization of only about 690 billion kyats ($450 million). Given the small size of the index, liquidity has also been thin. But local authorities are aiming to draw 30 companies to list on the index over time.

With the current plans to liberalize the market, companies are working hard to attract foreign money.

He has visited countries of the Association of Southeast Asian Nations and Japan and South Korea. "They are ready [to invest in Myanmar]," he said. Others are expecting that more Myanmar companies will look to go public after the stock market opens to foreigners. "There must be a virtuous cycle," said Shinsuke Goto, founder of Trust Venture Partners, a consultancy in Yangon. "There are certainly foreign investors who want to invest in Myanmar's growth potential and local companies that want to raise funds in the market."

Despite such optimism, the Myanmar market is still far too small for institutional investors such as Western hedge funds, investment trusts and pension funds. The most likely investors are the American, European, Chinese and Japanese traders who already have a track record of actively investing in emerging markets, analysts said.

After the announcement by authorities in July, several Japanese tourists visited the Myanmar Securities and Exchange Center, an organization established in 1996 as a joint venture between Myanmar Economic Bank and Japan's Daiwa Institute of Research. Some of those Japanese visitors expressed interest in opening trading accounts to buy Myanmar shares.

Such interest was no surprise, Goto said, given that many Japanese investors had waded into Vietnamese and Thai stocks when those markets were in their infancy, despite their reputation as being risk-averse.

Others pointed to the Cambodian Stock Exchange, which despite having been established three years before the YSX, still only lists five companies. Japanese brokerages had invested in Cambodia, but the market still failed to take off.