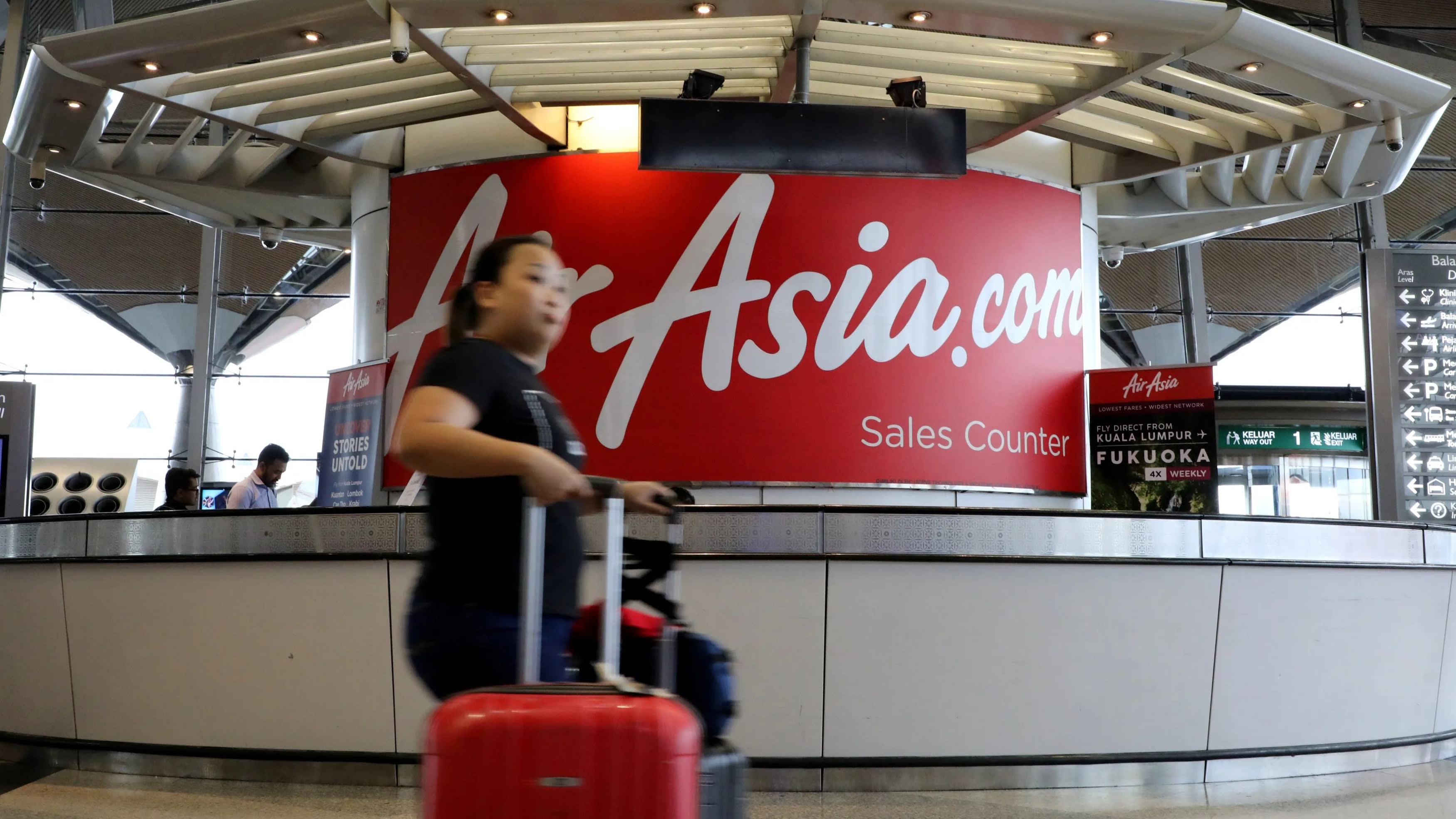 AirAsia is the largest budget carrier in Southeast Asia.   © Reuters

Net profit for the three months ended June 30 was 17.94 million ringgit ($4.26 million), down from 361.81 million ringgit over the same period last year, AirAsia said in an exchange filing.

The group injected additional investment in AirAsia India in the reported period. As a result, it recorded a loss of 147 million ringgit, its share of prior years' losses at AAI previously not recognized, now added as a result of the increase in stake.

"For the airline business, load factors for the rest of 2019 is expected to remain strong whilst fares are expected to hold following the first half trends," AirAsia said. The company is "positive" that the overall core results in 2019 will be better than in 2018.

In face of trade tensions, high fuel costs and increased competition, AirAsia plans to transform itself into a travel and financial platform company.

Earlier this month, AirAsia Group CEO Tony Fernandes, who will double up as CEO of its travel and e-commerce platform AirAsia.com said at press conference that "we have put in place the right foundations that will allow us to really drive our digital and ancillary business, which I see eventually contributing up to 70% to earnings."

The company continues to work on reducing costs, which involves investment in digitalization, it added. To minimize fuel price volatility, AirAsia has hedged 70%-85% of fuel requirement for the rest of 2019 at average Brent prices of $60.77-$62 per barrel.

The company expects to see 'encouraging growth' in its logistics business Teleport, as it seeks tie ups with different airlines, as well as small and medium enterprises. Teleport aims to launch teleport.social, a social commerce enabler, this year.

"AirAsia.com is being developed as a full-fledged one-stop travel and lifestyle platform whilst BigPay will be rolled out in multiple markets in ASEAN with the target to get a e-money license in Singapore in 2019," it said.