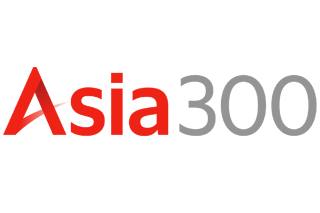 HONG KONG (Nikkei Markets) -- The Nikkei gauge for Asian shares outside of Japan rose Thursday, led by mainland companies after the People's Bank of China cut the amount of reserve lenders must set aside.

The CSI 300 Index jumped 1.4% on Thursday and an index of Chinese companies listed in Hong Kong gained by a similar margin after China's central bank yesterday cut the reserve requirement ratio (RRR) for financial institutions by 50 basis points with effect from next Monday.

Morgan Stanley said Chinese equities will be supported by the PBoC's RRR cut and the progress on the U.S.-China phase-one deal.

"This is consistent with our more positive view for 2020 market outlook based on our expectation of reduced external uncertainties and earlier macro bottoming out," Morgan Stanley said in a note. "We see good chance of indices breaking or overshooting our base case target prices in the near term (4,180 for CSI300)."

The phase-one trade agreement reached between the U.S. and China last month will be signed at the White House on Jan. 15, President Donald Trump said earlier this week.

Meanwhile, data released earlier on Thursday showed that manufacturing activity in China in December continued to expand. The Caixin December manufacturing PMI (Purchasing Managers' Index) posted a reading of 51.5 compared with 51.8 in the previous month and below the estimates of economists polled by Reuters.

Hong Kong-listed casino operators Galaxy Entertainment Group jumped 5.7% and Sands China rose 2.6% after Macau's casino gross gaming revenue in December declined 13.7%. The drop was at the top end of intra-month estimates and better than the consensus decline of 15%, and therefore positive, Jefferies said in a note.

Bajaj Auto declined 0.7% after the Indian motorcycle maker said total domestic sales volume declined 15% in December from a year ago. Tata Motors added 5.1% despite a 12% decline in sales in the month.