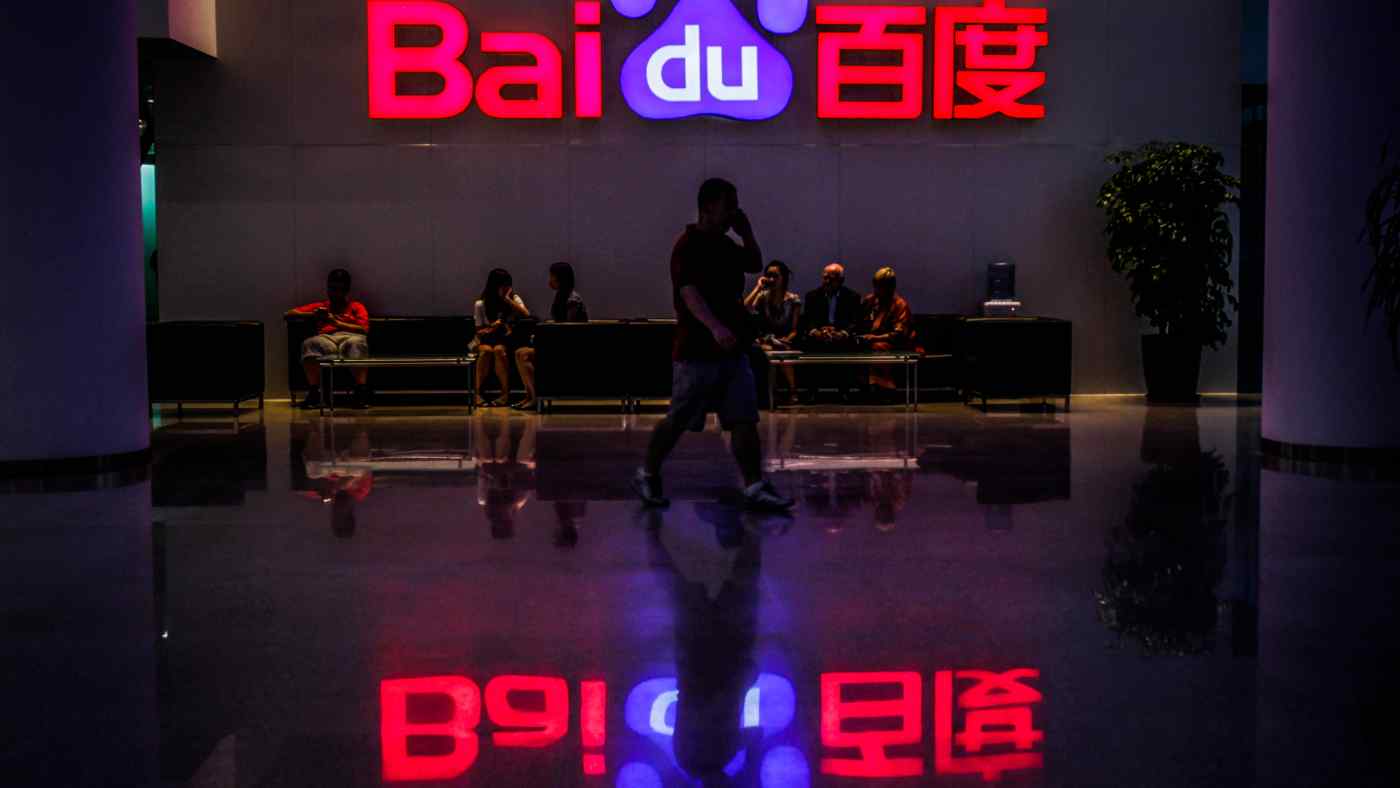 HONG KONG (Nikkei Markets) -- Baidu's downbeat revenue forecast for the first quarter assumes a gradual pickup in business activity, which had stalled in parts of the economy following the outbreak of the new coronavirus, according to company officials.

The Chinese internet search major, which postponed its fourth-quarter results by more than a month amid the epidemic, said revenue for the three months ending Mar. 31 will decline by between 5% and 13% from the year-ago period, with revenue from its core search business seen falling by between 10% and 18%.

But while "business visibility is very limited," an improvement in activity over the past two weeks is giving the company reason to be a more optimistic.

"The assumption with our guidance is that from now until the end of the quarter, the growth on a week-over-week basis will continue to ramp up, even faster than what we have seen in the last two weeks," Chief Financial Officer Herman Yu said on a post-earnings conference call.

Yu said it was a positive sign that many people around China were beginning to return to work after being forced to stay indoors for several weeks because of the outbreak. He cited traffic jams in some instances as early telltale signs of an improvement, noting that Baidu employees were also gradually returning to work.

More than 83,000 people have so far been infected globally, and nearly 2,900 people killed by the outbreak, with mainland China accounting for a large majority of those numbers. The epidemic has led to a shutdown of schools, factories and other establishments, while forcing many businesses, including Baidu's advertising clients, to curtail their offline activities.

Restricted offline activities in several industries including tourism, real estate, automobile and health care have affected the company's marketing services over the past few weeks. At the same time, however, the company has benefited from increased business activity in the online sector, or companies that provide online games, ecommerce and online education, Yu said.

Earlier in the day, Baidu said its fourth-quarter net profit had more than tripled to 6.35 billion yuan ($906.4 million) from a year ago as it controlled costs and grew revenue from its main businesses.

Chief Executive Robin Li signaled that the impact from the virus outbreak on a majority of industries that advertise with the company was only likely to be transitory, and that demand for many products and services may get postponed, but won't disappear.

Baidu, which has strengthened its dominance as China's biggest search provider since Google's exit from the country in 2010, has in recent years been diversifying into new technologies such as artificial intelligence and cloud services, areas which it expects will drive growth in the future.

The expansion has coincided with the emergence of more home-grown competition. ByteDance, owner of the popular short-video app TikTok, last year made a foray into online search.

Baidu officials said the focus in 2020 will be on smart transportation, smart devices and the cloud business, while the company will also maintain its attention on the content business, strengthening its video streaming and live broadcasting services.

"This is just another medium in which advertisers can communicate with users," CFO Yu said.