Cathay flags protests, trade worries as it returns to profit 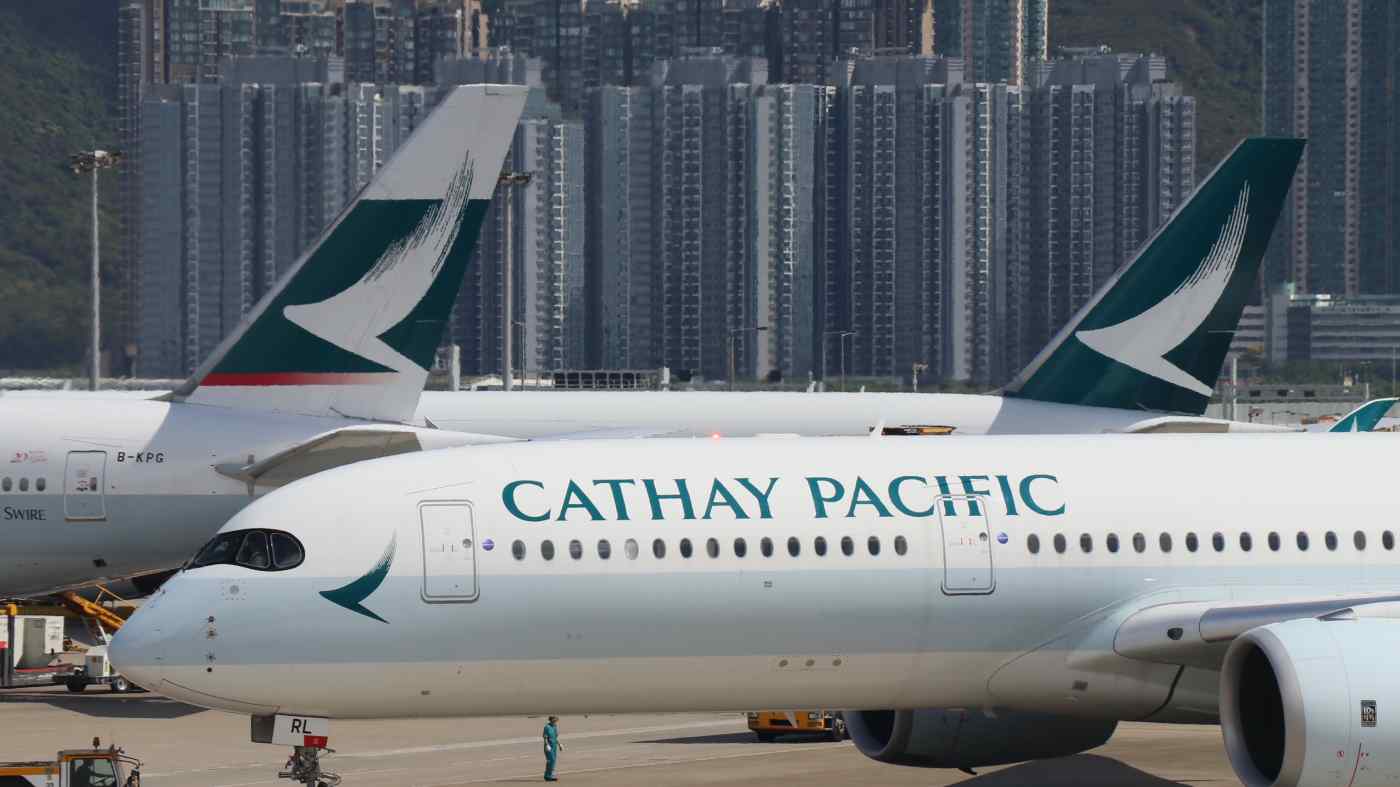 HONG KONG (Nikkei Markets) -- Cathay Pacific Airways on Wednesday sounded caution over the impact of trade and geopolitical tensions on passenger and freight traffic even as it swung back to profit in the first half of the year.

The Hong Kong airline said Sino-American trade tensions were partly responsible for a downturn in its cargo business. While lower fuel costs and more efficient use of resources helped lift passenger revenue, protests in Hong Kong were affecting inbound and forward bookings.

Chief Customer and Commercial Officer Paul Loo told reporters at a news conference in Hong Kong that the peak season, which typically falls between September and November for cargo, wouldn't be as good this year as it was in 2018 against the backdrop of these worries. Passenger fares were also under downward pressure, he said.

Although the concerns clouded the outlook, airline officials also expressed confidence in the airline's future, saying a three-year reorganization plan that is currently in the final year had placed it on track for sustainable long-term performance. The company also signaled plans to broaden its low-cost services through Hong Kong Express - an acquisition it completed last month - and said it will "maximize" synergies with the rest of the group, which comprises of Cathay Pacific and its regional subsidiary Cathay Dragon.

"Travel markets recover fairly quickly when everything settles down," Chairman John Slosar said at the briefing.

Company officials reiterated Cathay Pacific's plans to keep Hong Kong Express a standalone service, and that it will fly on routes that are complementary to the group's existing network.

The carrier had earlier on Wednesday reported a net profit of HK$1.35 billion ($175.5 million) for the six months ended June, compared with a loss of HK$263 million a year earlier. Group revenue increased less than 1% to HK$53.55 billion on the back of growth in revenue from passenger services.

Cargo services revenue fell more than 11% in the first six months amid escalating tensions between the U.S. and China. Freight services bring in more than a fifth of Cathay Pacific's total revenue.

The earnings report comes at a time when Hong Kong is in the throes of unrest. The city has seen several mass demonstrations since June by citizens seeking the resignation of Chief Executive Carrie Lam and the withdrawal of a controversial extradition bill, which has since been shelved. A strike call on Monday led to the cancellation of as many as 250 flights in the city, according to local media reports, including about 140 services by Cathay Pacific and Cathay Dragon.

The protests had reduced inbound forward-booking passenger traffic in July in a range of double-digit percentages, Loo told reporters on Wednesday.

While a 7.7% decline in fuel costs helped the airline swing to profit in the first half of the year, it warned fuel prices are likely to remain volatile along with a stronger dollar.

Cathay Pacific said it has rationalized freighter capacity, and is now focused more on the shipments of specialist cargo in the face of weak demand.

Brokerage Jefferies had last month warned that Cathay Pacific's cargo yields could remain seasonally weak until August due to a high statistical base in the second half of 2018, when demand was front-loaded ahead of tariff increases by the U.S. and China.

Even so, Chairman Slosar remains confident of the airline's growth prospects for the rest of the year.

"Our airlines normally achieve better results in the second half of the year than in the first half, and despite headwinds and other uncertainty, we expect this to be the case in 2019," he said.

Cathay Pacific's shares ended 0.8% up at HK$10.40 in Hong Kong on Wednesday, outperforming the city's benchmark Hang Seng Index, which ended little changed. The shares have dropped 6.6% so far this year, after falling 8.1% last year.