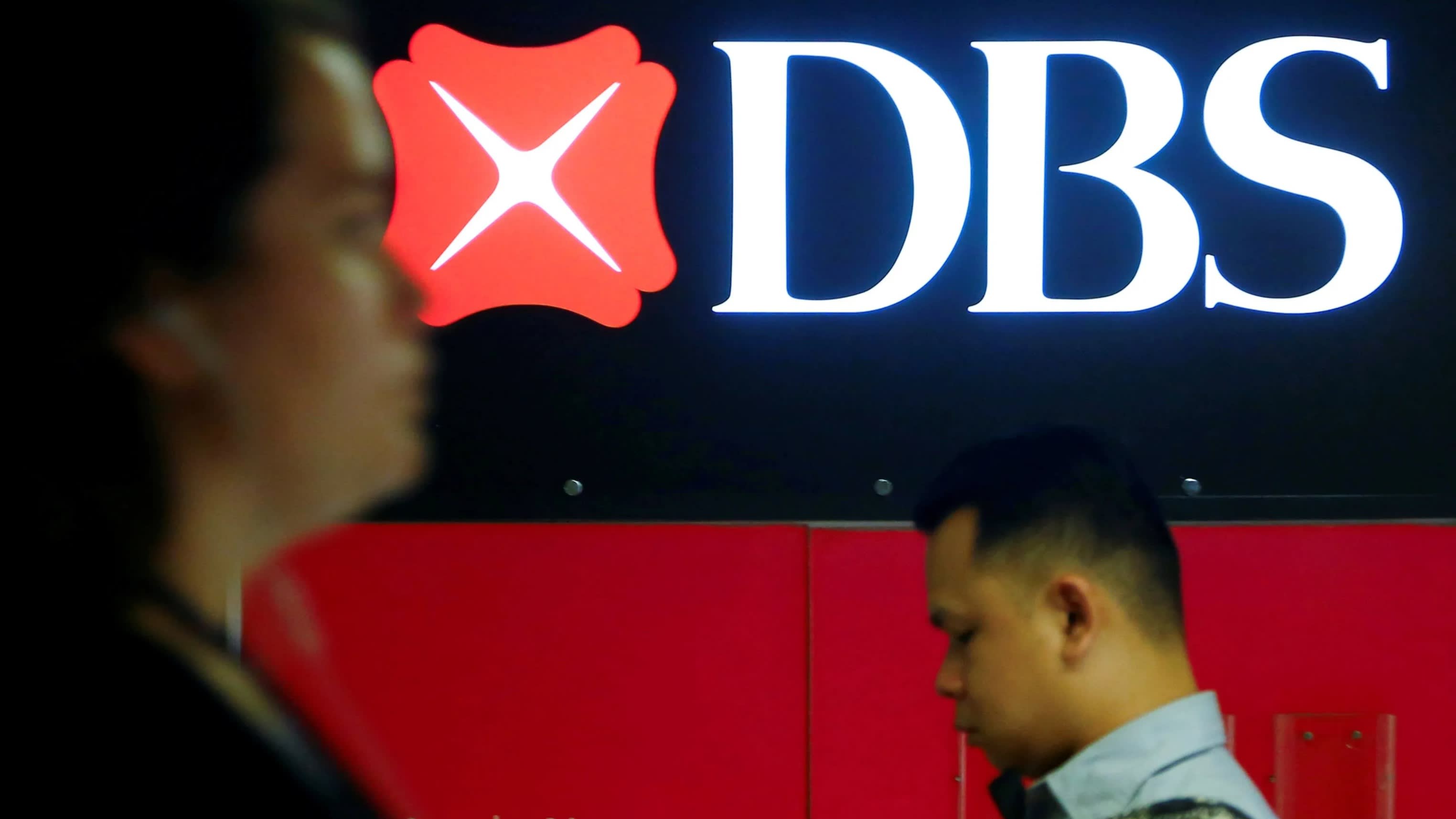 CEO Piyush Gupta said the Hong Kong business remained resilient amid a slowdown in trade and other areas. However, Singapore mortgages continued to shrink with fewer people buying completed apartments.

Looking ahead, Gupta said the Singapore bank should be able to grow total income by a "low single digit." While fee income is expected to remain robust, loans growth will remain slow, around 4% per year, and falling interest rates could hurt profitability, he said.

Gupta was more bullish about the prospects for wealth management, noting that the increase in the ranks of Asia's millionaires and billionaires would translate to high single-digit growth so long as DBS is able to maintain its market share.

Overall, the bank's net profit rose to 1.63 billion Singapore dollars ($1.2 billion) in the three months ended September from S$1.41 billion in the same period a year ago. The results were better than the S$1.49 billion consensus estimate of analysts polled by Refinitiv as well as the second quarter's S$1.60 billion.

Net profit from Hong Kong, the bank's biggest market after Singapore, grew 12% to S$334 million as net fee and commission income surged 17%. Gupta said he was "relatively upbeat" about Hong Kong, noting that key events such as the listing of Alibaba shares are proceeding as planned.

DBS, and its smaller Singapore rivals Oversea-Chinese Banking Corp. and United Overseas Bank, have been making inroads into businesses like private banking and payments as they seek to tap Asia's rising wealth and the growing trade, tourism and investment flows within the region.

Asked about reports of DBS possibly bidding for Indonesia's Bank Permata, Gupta declined to comment. According to the reports, Japan's Sumitomo Mitsui Financial Group and Singapore's OCBC are both vying for a stake in the Indonesian lender.

DBS's balance sheets remained healthy with new non-performing loans offset by recoveries and write-offs in the latest quarter. Nevertheless, the Singapore lender made additional general allowances of S$61 million given the ongoing political and economic uncertainty.

Net interest margin, which is the difference between the interest the bank charges on loans and what it pays depositors and a key measure of profitability, was four basis points higher from a year ago but down one basis point from the second quarter. Gupta expects margins to fall around seven basis points next year given the softer outlook for interest rates.