Company expects mainland factories to be at full capacity by April 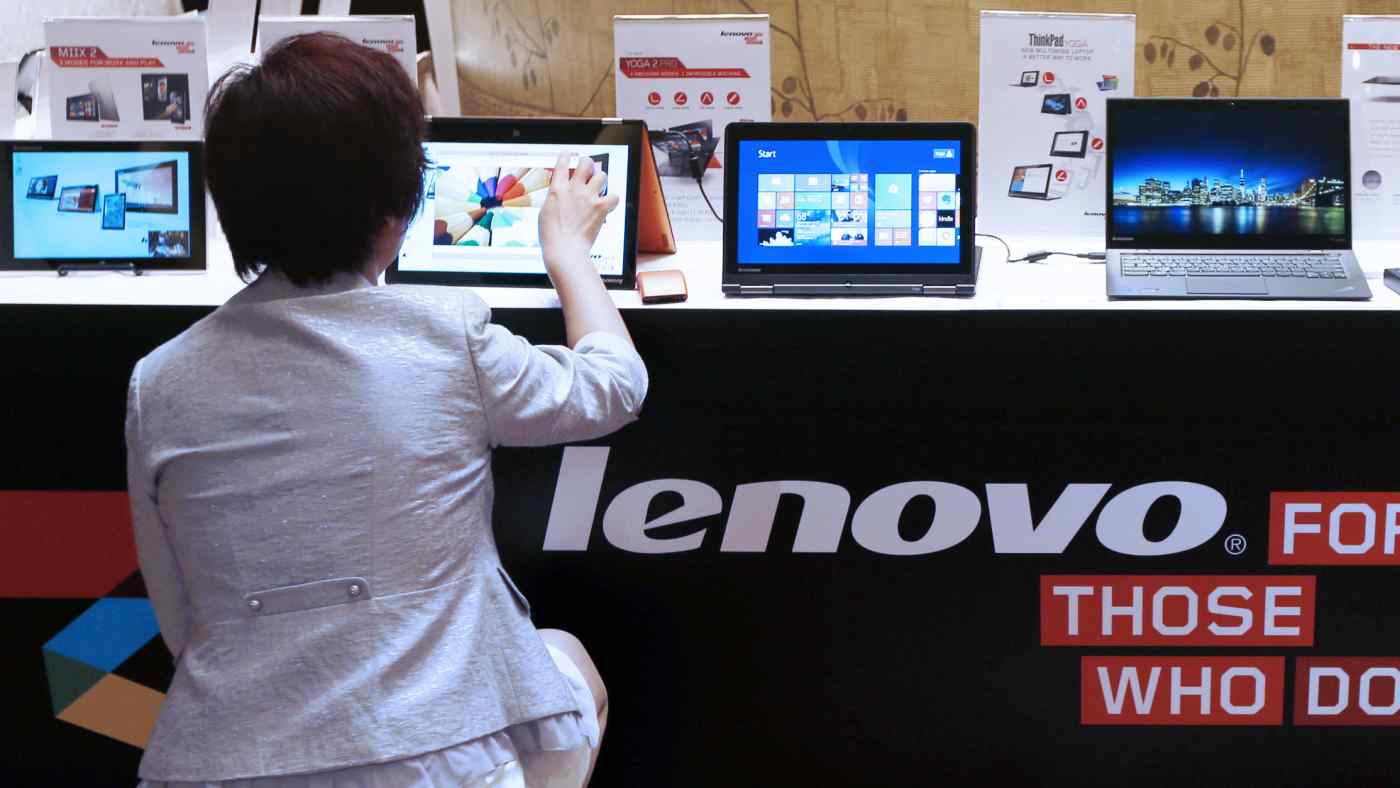 For Lenovo, the disruption from the coronavirus outbreak adds to existing supply constraints, with PC makers globally faced by a shortage of Intel processor chips for an extended period.   © Reuters
February 20, 2020 20:38 JST | Hong Kong
CopyCopied

HONG KONG (Nikkei Markets) -- Lenovo Group is bracing for a "meaningful" impact on operations in China in the near term because of the coronavirus outbreak as some of its manufacturing facilities have yet to reopen and supply constraints persist.

Chairman Yang Yuanqing said on a conference call on Thursday that factories in Wuhan - the city most affected by the epidemic - and Chengdu in central China remain offline. Full capacity was likely to be available by the end of next month, he said. Based on information currently available, Lenovo's factory in Shenzhen in southern China can operate at full capacity while the plant in Hefei city in eastern China can operate at 70% of its capacity.

While some plants have reopened, operations were still affected as not all workers have been able to return, and also because of similar problems in the supply-chain. Lenovo, maker of one in four personal computers sold worldwide, is providing support and incentives to encourage its workers to return as soon as possible, Yang said.

"The delay in employees' return to work has had the biggest impact on our business," Wong Wai Ming, Lenovo's chief financial officer, said on the call.

The outbreak of the new coronavirus has claimed more than 2,000 lives and infected more than 70,000 people so far, severely disrupting ordinary life and businesses in its wake.

Alibaba Group Holding last week warned of a likely drop in e-commerce revenue this quarter amidst disruptions to supply chains and deliveries. Earlier this week, Apple said it was scaling down its quarterly sales target due to production issues in China.

Lenovo's global manufacturing footprint should help mitigate the impact, as the company plans to rely more on factories in Brazil, India, Japan and Mexico to pick up some slack, Yang said.

Yang said the company was still optimistic about the long-term demand in China and that demand for PCs and data center products was still "very strong" in the rest of the world. The coronavirus disruption was also likely to bolster business models betting on the growth in online education and online sales, he added.

For Lenovo, the disruption from the coronavirus outbreak adds to existing supply constraints, with PC makers globally faced by a shortage of Intel processor chips for an extended period. Lenovo officials said on Thursday that the constraints in chip supplies will likely last for the next couple of quarters as well.

Lenovo maintained its position as the largest PC maker with a 24.8% share of global shipments in the quarter ended Dec. 31, according to data from Gartner.

Worldwide PC shipments grew for the first time in eight years in 2019, mainly because enterprises upgraded to the Windows 10 operating system from Windows 7. Gartner expects the growth to continue in 2020 even after Windows 7 support comes to an end, as many businesses in emerging regions such as China, Eurasia and the emerging Asia-Pacific have yet to upgrade to the new operating system.

Shares of Lenovo surged 7% in Hong Kong on Thursday, their biggest single-day advance in a year, following the results. The city's benchmark Hang Seng index declined 0.2%.