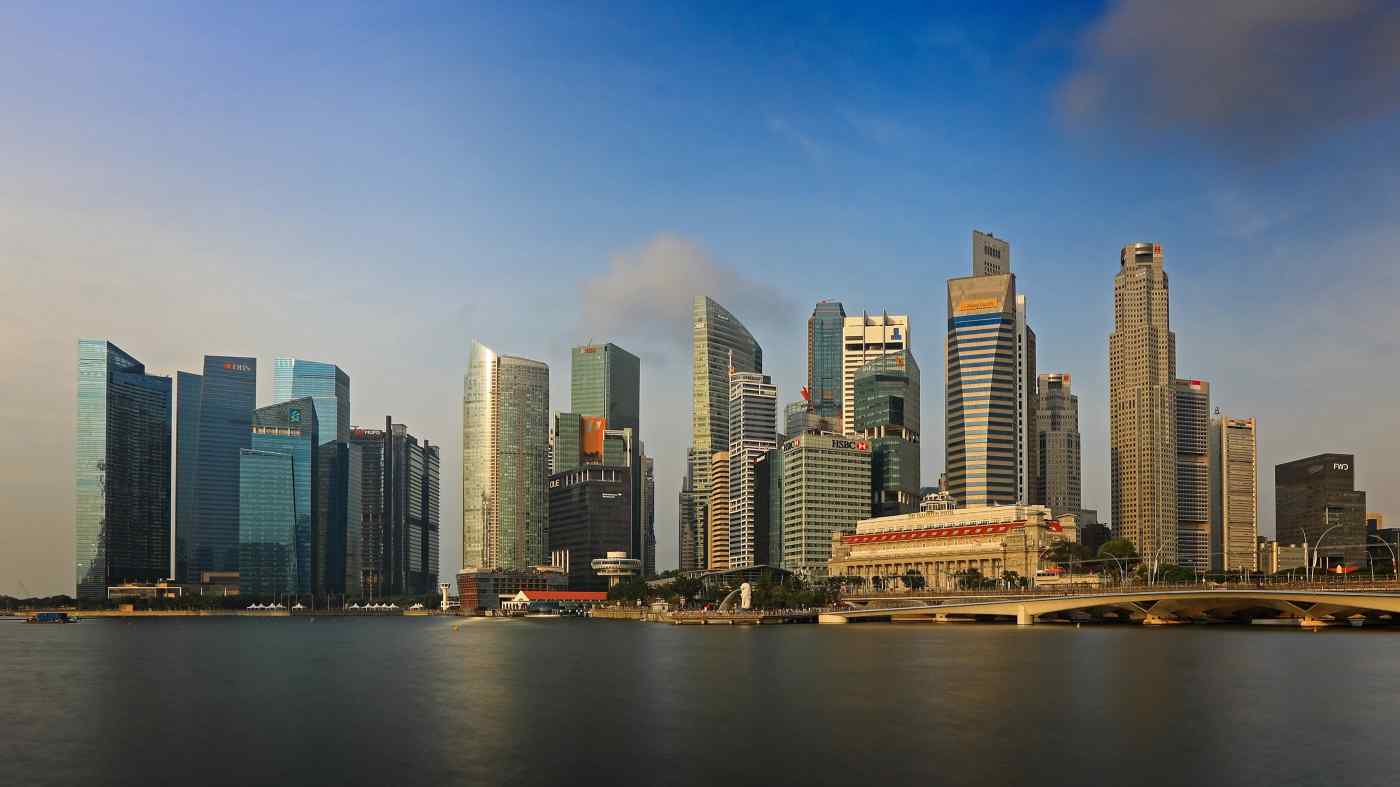 Singapore retailers have been badly hit by the fall in visitor arrivals, and many have already shortened operating hours and reduced staffing levels to cut expenses.   © Getty Images
March 11, 2020 18:27 JST | Singapore
CopyCopied

SINGAPORE (Nikkei Markets) -- Singapore's economy is expected to shrink by 0.8% in the first quarter as the global spread of COVID-19 disrupts manufacturing supply chains and empties the city-state's hotels and restaurants.

According to median estimates in the Monetary Authority of Singapore's latest survey of professional forecasters, the domestic accommodation and food services sector is likely to contract by 8.2% year on year in the first three months.

Wholesale and retail trade could shrink by 2.3%, while manufacturing is likely to decline by 2.5%.

The private-sector economists also slashed their growth forecasts for the year to 0.6%. In MAS's December survey, the economists had pencilled in a gross domestic product expansion of 1.5% for 2020.

The latest survey, which received 21 responses, started Feb. 18 and ended last week. This means the earlier replies may not have taken the rapid spread of COVID-19 outside Asia into consideration.

The disease, which originated in China last year, has since spread to over 50 countries. While the number of COVID-19 cases in the city-state remains relatively low at 166 with no deaths so far, the cancellation of numerous flights and trade events has crimped activity in the business and financial hub.

MAS said all respondents expect corporate profitability to be lower in the January-March period, while 55.6% forecast prices of private residential property, a major store of wealth in Singapore, would fall during this period.

Selena Ling, head of treasury research and strategy at Oversea-Chinese Banking Corp, said the bank's zero to 0.7% GDP growth estimate for Singapore this year assumes the government and central bank would continue to support the economy through accommodative fiscal and monetary policies.

"It is increasingly likely there will be some off-budget measures," she said, noting several governments have taken emergency steps to support their flagging economies in the two weeks since Singapore unveiled its latest budget on Feb. 18.

The Maybank economists argued that while Singapore's manufacturing could get a lift in the second quarter as China's factories restart operations, orders may be dampened by slowing global demand.

For tourism and air travel, the collapse may be protracted as governments worldwide are likely to maintain border controls and quarantine measures well into the second half of the year.

Singapore retailers have been badly hit by the fall in visitor arrivals, and many have already shortened operating hours and reduced staffing levels to cut expenses. Hotels, meanwhile, have closed entire sections, while flag carrier Singapore Airlines has temporarily suspended services to many countries. Singapore received 19 million visitors from overseas last year.

Despite the sharp drop in shoppers, landlords in Singapore have been slow to provide assistance to retail tenants in the form of rental rebates, prompting fears that many could shutter in coming months.

Fashion designer Sylvia Lim, who runs a store in the eastern part of the city, said her landlord has offered only to defer part of the rent and has yet to indicate whether it will pass on the property tax rebate announced by the government in the recent budget.