Keppel O&M and Sembcorp Marine were tarred by corruption probe 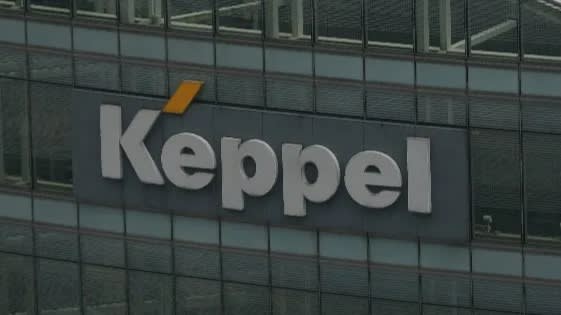 Keppel says it is interested in exploring other opportunities in Brazil's gas and oil industry. (Photo by Takaki Kashiwabara)
October 7, 2019 17:31 JST | Singapore
CopyCopied

SINGAPORE (Nikkei Markets) -- Keppel Corp. and Sembcorp Marine reached a settlement agreement with Sete Brasil over their remaining rig-building contracts, resolving long-standing disputes worth billions of dollars and removing a major source of uncertainty about prospects for their large offshore and marine operations.

In separate statements, both companies said they had settled all contract-related issues and that there would be no further penalties or claims. Keppel also left the door open to future deals in Brazil, saying it was interested in exploring other opportunities in that country's gas and oil industry.

Both stocks were higher in midafternoon trade in Singapore, outperforming the 0.6% rise in the benchmark Straits Times Index. Keppel shares gained 1.2% while Sembcorp Marine shares rose 0.85%.

Sete Brasil, the rig supplier for Petrobras, Brazil's national oil company, was once a major customer for both. Sete Brasil's order for semi-submersible drilling rigs from Keppel had a contract value of around $4.9 billion. Its order for seven drillships from Sembcorp Marine was worth $5.6 billion.

However, work on the orders came to a halt as Petrobras became embroiled in a major corruption scandal and Sete Brasil stopped making payments.

While Sete Brasil plunged into bankruptcy, Keppel O&M and Sembcorp Marine were caught up in the massive corruption scandal thatinvolved illegal payments to politicians and bribes.

The subsequent downturn in the oil industry didn't help the Singapore companies.

Already saddled with losses, they were forced to make additional provisions as investigations into the corruption allegations continued. According to a Keppel spokesman, the company made provisions totaling some 476 million Singapore dollars ($344.6 million) in relation to the six rig-building contracts.

The Keppel unit was subsequently fined $422 million for paying bribes to clinch contracts at inflated values as part of a settlement with authorities in the U.S., Brazil and Singapore. The investigation into Sembcorp Marine's Brazil unit is yet to conclude.

In their statements, both companies said the latest settlement would not have any material impact on their financials this year.

According to Keppel, a Keppel O&M unit would take over four incomplete rigs and "explore various options to extract the best value from these assets."

The two remaining rig contracts will be taken over by a company called Magni Partners, a company linked to Norwegian investor Tor Olav Troeim, the chairman of Oslo and New York-listed Borr Drilling. Keppel is in discussions with Magni on the terms to complete the two rigs.

In addition, some $260 million due to Keppel will be recognized under Sete Brazil's court-approved reorganization plan. It is unclear, though, how much Keppel could eventually receive as part of the debt restructuring. To date, Keppel has received about $1.3 billion from Sete Brasil in the form of progressive payments.

As for Sembcorp Marine, it will take over five of the drillships. Ownership of the other two, which are the closest to completion, will be apportioned to Sembcorp Marine and Sete Brasil in proportion to the payments made by the latter. They may then be sold to a customer identified by Sete Brasil.