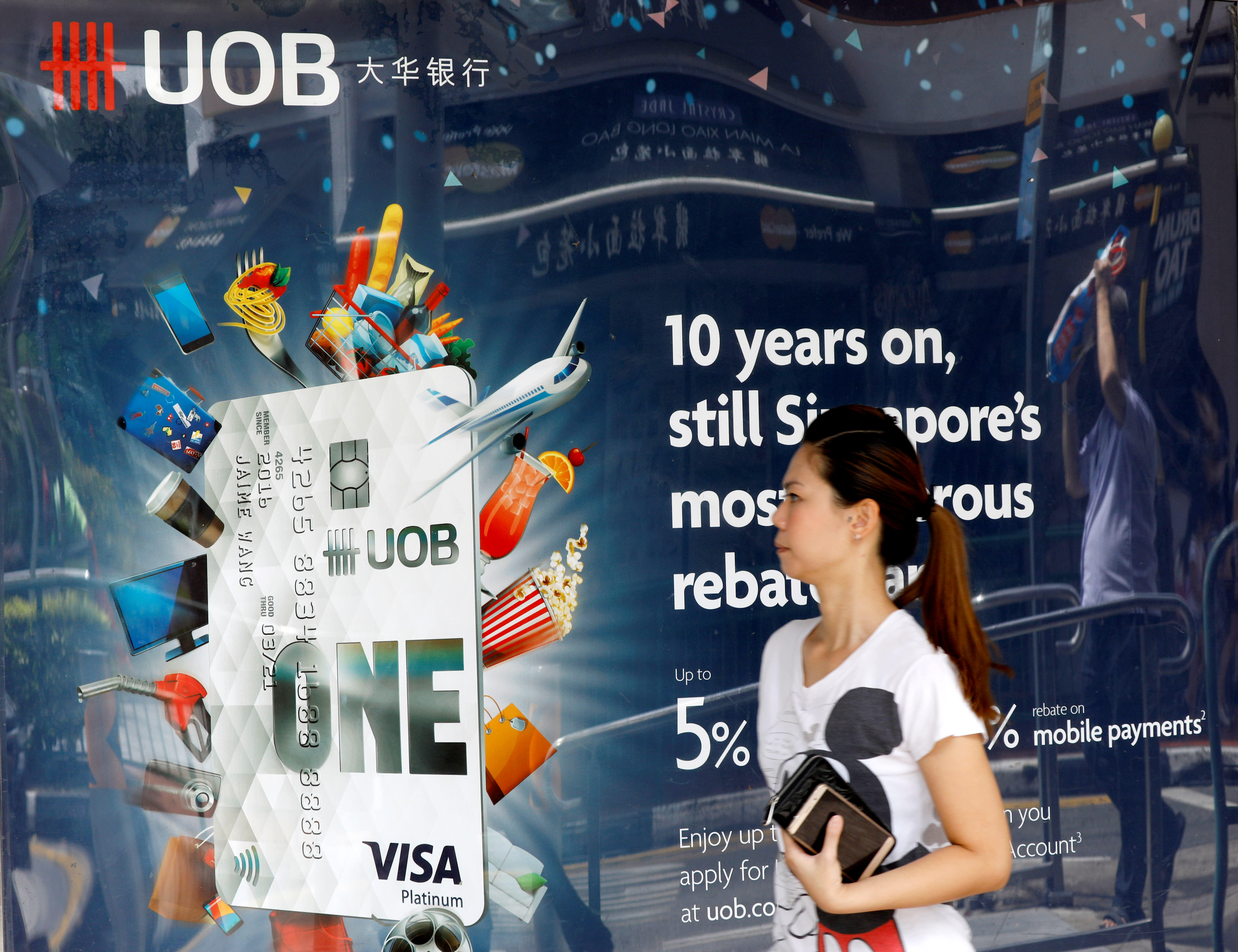 UOB has relied on organic expansion, and its recent forays include the launch of a digital bank in Thailand earlier this year.   © Reuters
August 2, 2019 19:17 JST | Singapore
CopyCopied

SINGAPORE (Nikkei Markets) -- Singapore lenders Oversea-Chinese Banking Corp and United Overseas Bank are focusing on different parts of Asia as they look to increase their regional presence in an environment that both described as "challenging."

OCBC, Singapore's second-largest lender after DBS Group Holdings, said it has been conserving capital as it waits for details of China's plans to relax the cap on foreign ownership in local banks. OCBC already owns 20% of Bank of Ningbo, a regional bank in China's Zhejiang province, which is near Shanghai.

It is during periods of uncertainty that "opportunities are more likely to present themselves," Chief Executive Officer Samuel Tsien said at a briefing.

Both banks made no reference to the worsening trade war between China and the U.S. in their outlook, although their results were released soon after U.S. President Donald Trump said he would go ahead with additional tariffs on Chinese goods.

Asked about the impact of developments in Hong Kong where tensions between pro-democracy protesters and the authorities have ratcheted up and where OCBC has a sizeable presence, Tsien said he was confident the situation would resolve itself.

OCBC and UOB have grown their regional presence in an effort to cater to the region's growing middle class. OCBC bought Hong Kong-based Wing Hang Bank in 2014, and the Hong Kong and Singapore-based wealth and investment management businesses of Barclays in 2016.

UOB, the smallest of the three, also said it is keen to grow regionally although its emphasis will be on Southeast Asia.

"All our major subsidiaries are in Southeast Asia...We have a relatively small outfit in China and Greater China, so for us to compete in that market is not as effective," deputy chairman and CEO Wee Ee Cheong said at a separate briefing.

UOB will instead focus on the Chinese and Hong Kong companies that are expanding into Southeast Asia, he said.

UOB has relied more on organic expansion, and its recent forays include the launch of a digital bank in Thailand earlier this year.

OCBC posted a 1% rise in second-quarter net profit as gains from banking operations were offset by lower earnings from insurance. Still, its net profit of 1.22 billion Singapore dollars ($886 million) was marginally better than the consensus estimate of S$1.19 billion in a Refinitiv poll.

At UOB, quarterly net profit rose 8% on year to S$1.17 billion, also above estimates but lagging that of DBS, which earlier this week reported a 17% increase.

Despite the slowdown in most regional economies, nonperforming loans at both remained at relatively low levels of around 1.5% of total lending.

OCBC has often been singled out for holding large amounts of cash and paying lower dividends than its peers. The bank currently hands out around 40% of earnings as dividend compared to about 50% in the case of DBS and UOB.

Tsien said the bank would return excess capital to shareholders if the market expansion opportunities failed to materialize.

According to him, OCBC will focus on acquisition opportunities in its core markets of Singapore, Malaysia, Indonesia and Greater China that fit with its key business activities of wealth management, commercial banking and insurance.

OCBC's net interest margin was 1.76% in the first quarter.

Non-interest income rose 1% as higher income from wealth management and other businesses were offset by a 26% fall in the earnings contribution from insurance subsidiary Great Eastern Holdings.

At UOB, net interest income increased 7% as gross loans grew 9%. The bank's net interest margin during the quarter was 1.81%, up from 1.79% in the first quarter but down from 1.83% in the year-ago period.