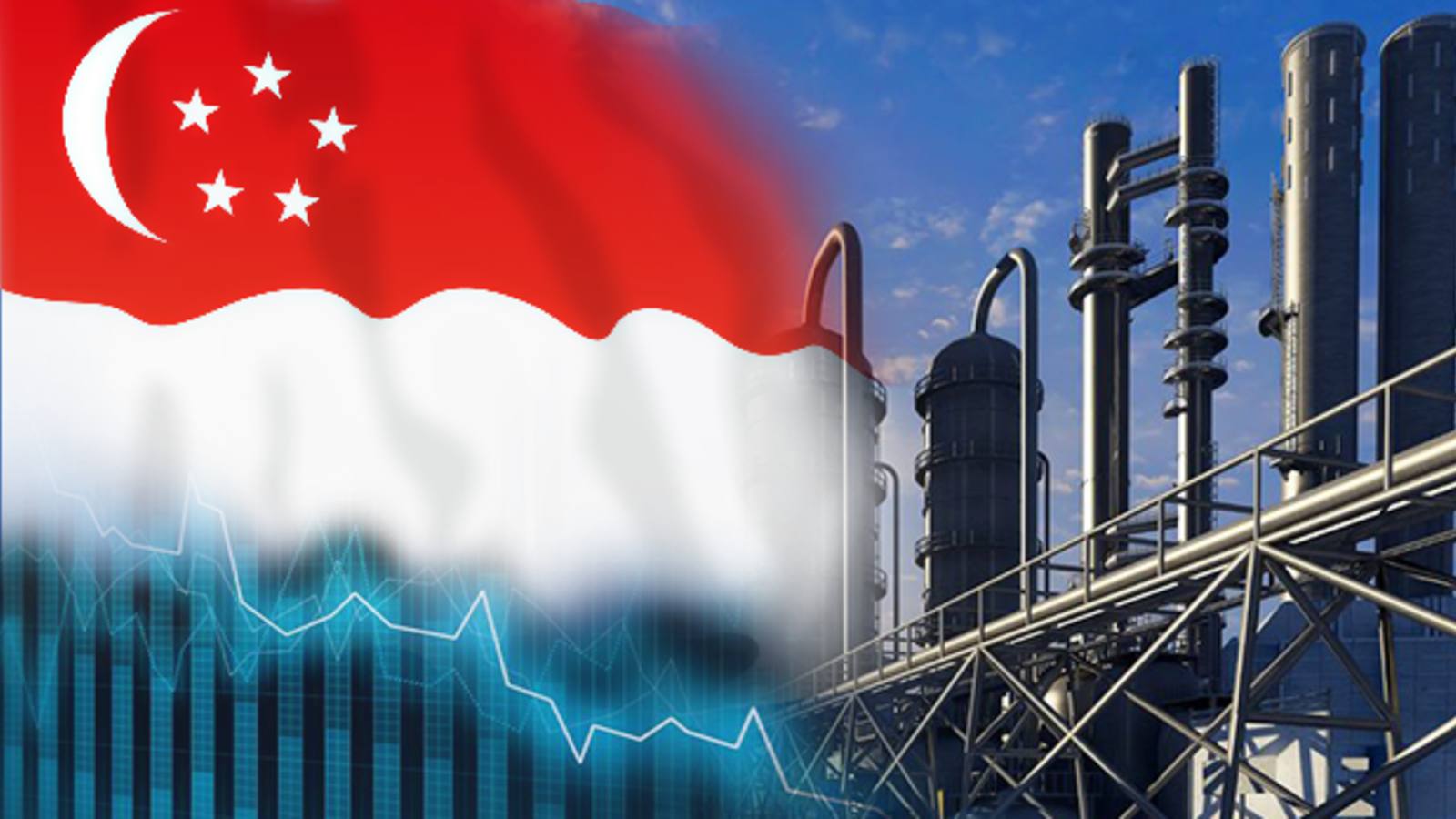 SINGAPORE -- Manufacturers in Asia have become less optimistic about their output in the coming months as escalating trade tensions cast doubt over the regional economy.

The Nikkei Purchasing Managers' Index for March showed a drop in most economies surveyed. Manufacturers continued to face higher costs, but the latest PMI surveys also showed inflation starting to ease in some markets.

The surveys also revealed that manufacturers' businesses expanded in seven of the eleven economies monitored by Nikkei. This compares with February's expansion in nine economies. South Korean and Thai businesses, however, contracted, falling below the 50 mark on the index that indicates an unchanged level.

One remarkable finding was a decline in the Future Output Index that shows manufacturers' confidence in the year ahead. The survey asked whether they expected overall volume of output to be higher, the same or lower than the current in 12 months' time. 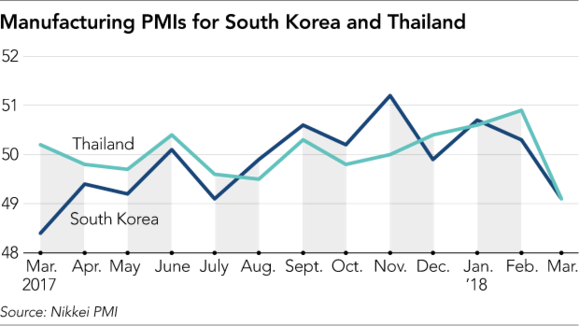 One possible factor affecting manufacturers' outlook is the trend of protectionism that seems to be spreading in the region amid global trade tensions. The administration of U.S. President Donald Trump said early March that it would impose import tariffs on steel and aluminum, triggering the likelihood of a trade war with China, which earlier this month announced its own duty hikes. As many Asian manufacturers depend on trade, the impact could be huge if the situation worsens.

Given the U.S. and China's tit-for-tat trade tariffs, manufacturers' confidence could be further hit in April. On top of this, rising material costs, stemming from an increase in global commodity prices and weak local currencies, is another concern. The survey also showed that input prices rose in March broadly in the region.

For the Association of Southeast Asian Nations, the index for input costs rose 0.2 points to 57.9, the second consecutive rise and the highest since April 2017. In Taiwan, the index rose to 72.9 from February's 71.7, the fastest pace since January 2017. According to the survey, 51% of the monitored companies in Taiwan noted higher input costs in March.

According to the PMI surveys, while some respondents successfully passed the increased costs to their customers by charging higher prices, some tried to remain competitive by reducing their selling prices.

Yet, the March PMI also showed that inflation started to ease in several markets. In Myanmar, for example, the index for output prices hit a six-month low of 51.7. The index also dropped in Vietnam, Indonesia and some others.

In Vietnam, both input and output prices increased at a weaker pace in March than the previous month. "It looks like inflationary pressures may have peaked around the turn of the year," said Andrew Harker, associate director at IHS Markit, which compiles the PMI survey.

Krystal Tan, an economist at Capital Economics, pointed out that easing inflation in several markets hint at the central banks' next moves: "The big picture is that inflation in most countries in the region is set to stay benign, giving their central banks scope to keep monetary policy accommodative to support growth."