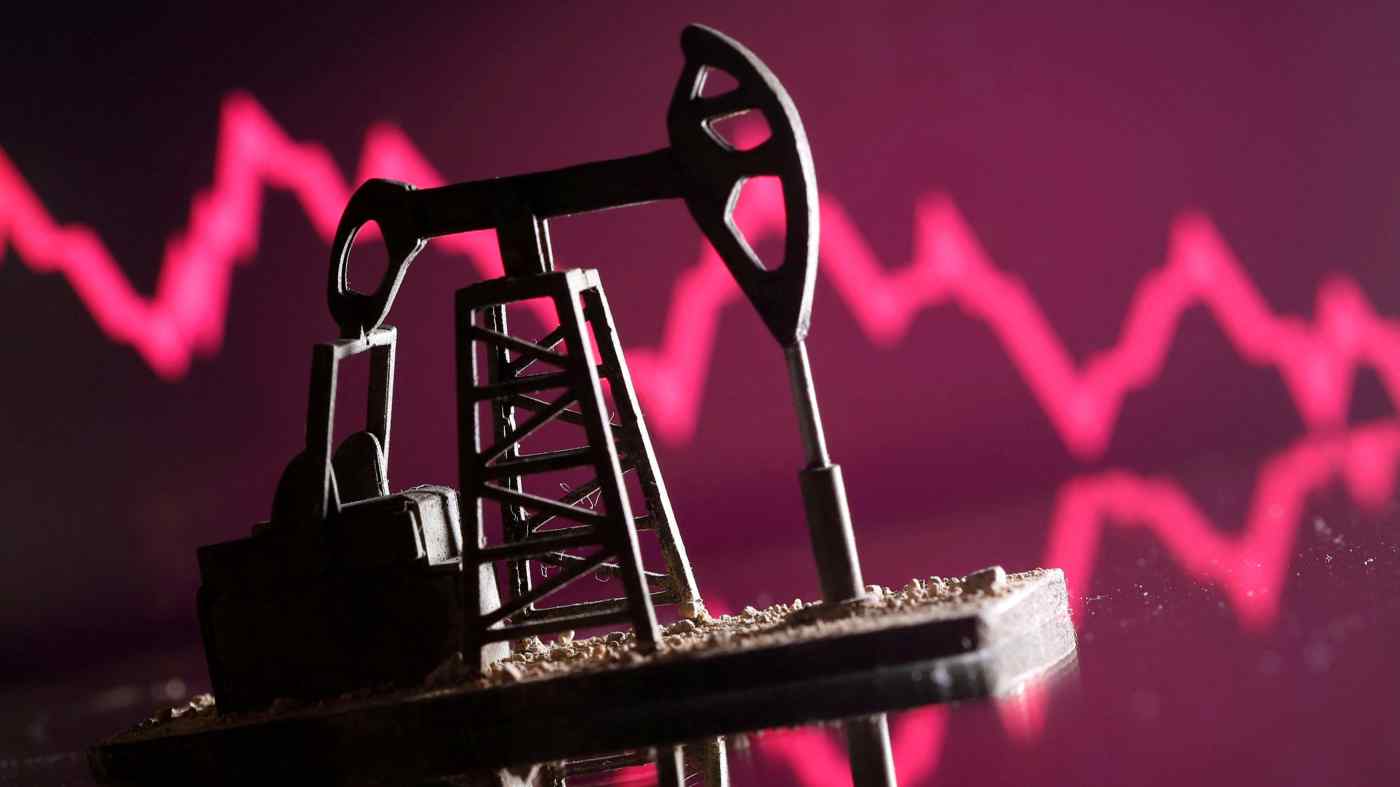 (Reuters) -- Oil prices firmed and Asian shares fell on Tuesday as Ukraine peace talks made little headway and the prospect of a ban on oil imports from Russia triggered investor fears over inflation and slowing economic growth.

President Joe Biden's administration is willing to move ahead with a U.S. ban on Russian oil imports even if European allies do not, Reuters reported on Monday, citing people familiar with the matter.

Crude has already hit 14-year highs and Russia warned that prices could surge to $300 a barrel and it might close the main gas pipeline to Germany if the West halts oil imports over the invasion of Ukraine.

"Clearly oil is in the firing line now from both sides. And there's a little bit of brinkmanship as to who can threaten whom when it comes to oil imports or exports," said Kyle Rodda, a market analyst at IG Australia.

"We're entering some kind of crisis when it comes to energy security, and the question is how long that lasts and how big it will be. Whatever size it is, it's going to result in higher inflation and weaker growth, and we're seeing that get priced into equity markets."

China stocks extended losses on Tuesday after hitting a 20-month low in the previous session as worries about inflation and coronavirus outbreaks weighed on markets.

International oil benchmark Brent crude, which briefly hit more than $139 a barrel in the previous session, was up about 2.6% at $126.42 in afternoon trade.

U.S. crude ticked up 1.8% at $121.55 a barrel, while prices of many other commodities, including nickel, rose as industrial buyers and traders scramble as the Russian-Ukraine conflict shows no sign of cooling.

Russia calls its actions in Ukraine a "special operation," but the move has triggered sweeping sanctions by the United States and Europe that aim to isolate Russia to a degree never before experienced by such a large economy.

The rally in oil and other commodities prices will only add to the global inflationary pulse with data this week expected to show the U.S. Consumer Price Index climbed a stratospheric 7.9% on a year-on-year basis in February, up from 7.5% in January.

With the outlook for European growth darkening, the single currency was up 0.1% on the day at $1.0857, after taking a beating and falling 3% last week to its lowest since mid-2020.

The dollar index, which tracks the greenback against a basket of currencies of other major trading partners, was steady at 99.212.