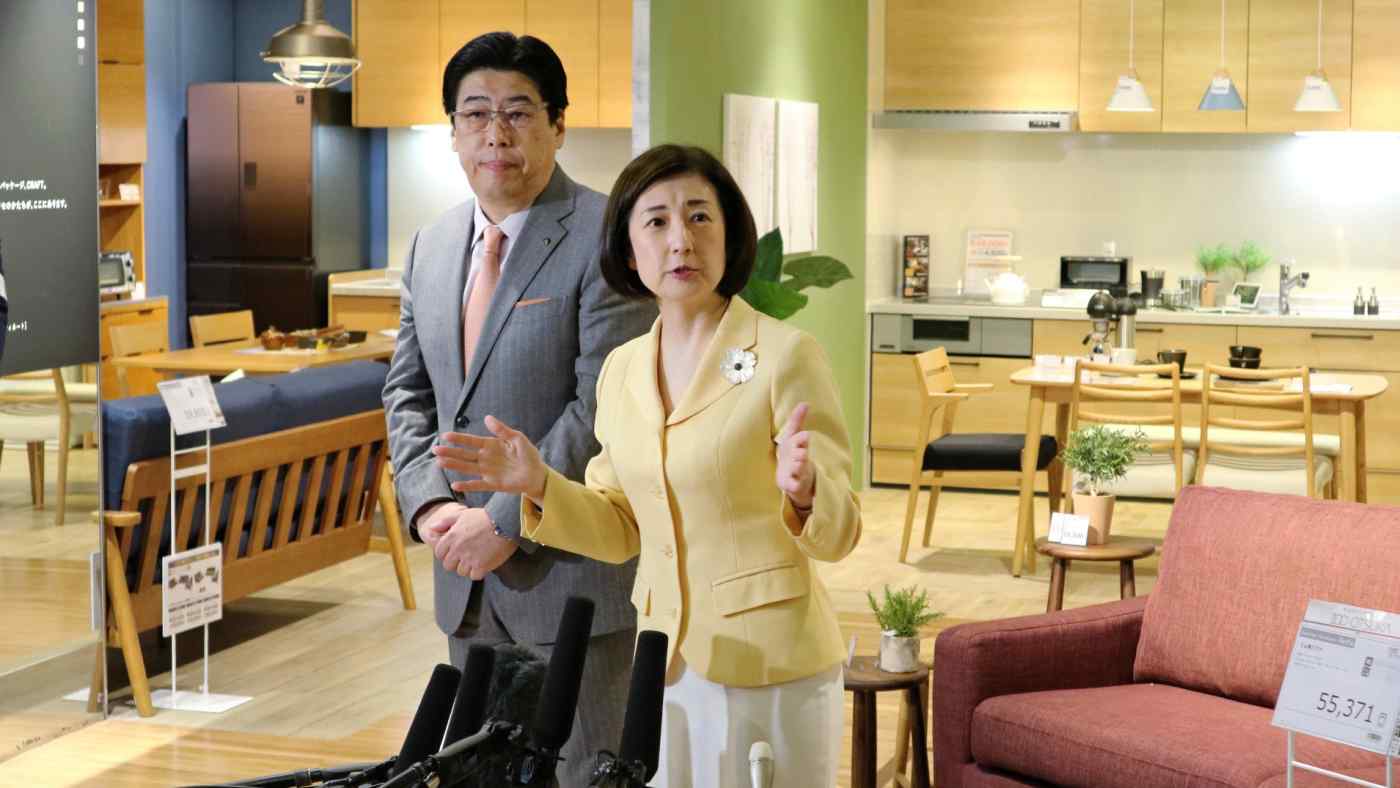 Otsuka jumped as much as 27% before closing 13% higher at 194 yen. The intraday trading volume ballooned 30 times over the previous session.

Three other Yamada executives will join Mishima on Otsuka's board, which inspired hope among investors of deeper cooperation between parent and subsidiary.

"There are widespread expectations of further synergistic effects, such as the addition of cooperative outlets between the two companies," said Tomoichiro Kubota, market analyst at Matsui Securities.

Otsuka President Kumiko Otsuka will retain her post. She won control of the company from her father after a bitter boardroom battle that ended five years ago.

Despite years of restructuring following the family feud, the furniture company has yet to turn itself around. For the 16 months ended in April, Otsuka reported a net loss of 7.7 billion yen on a standalone basis. Operating cash flow wallowed at negative 6.9 billion yen. The company changed its financial calendar this year.

Investors were concerned that Yamada would cut the subsidiary loose if the poor earnings persisted, but the appointment of Mishima as chairman apparently assuaged those fears. At the same time, Otsuka risks being delisted from Jasdaq if it fails to meet certain criteria -- such as posting an operating profit or generating a positive operating cash flow -- by the year ending April 2022.

Drawing more customers to furniture and electronics stores is a tall order due to the lack of frequent buyers. Otsuka also competes with the likes of Nitori Holdings, which can offer furniture at discounted prices.

"Without a visible plan of action toward profitability, the stock price will be top heavy," said Masayuki Kubota, chief strategist at Rakuten Securities Economic Research Institute.