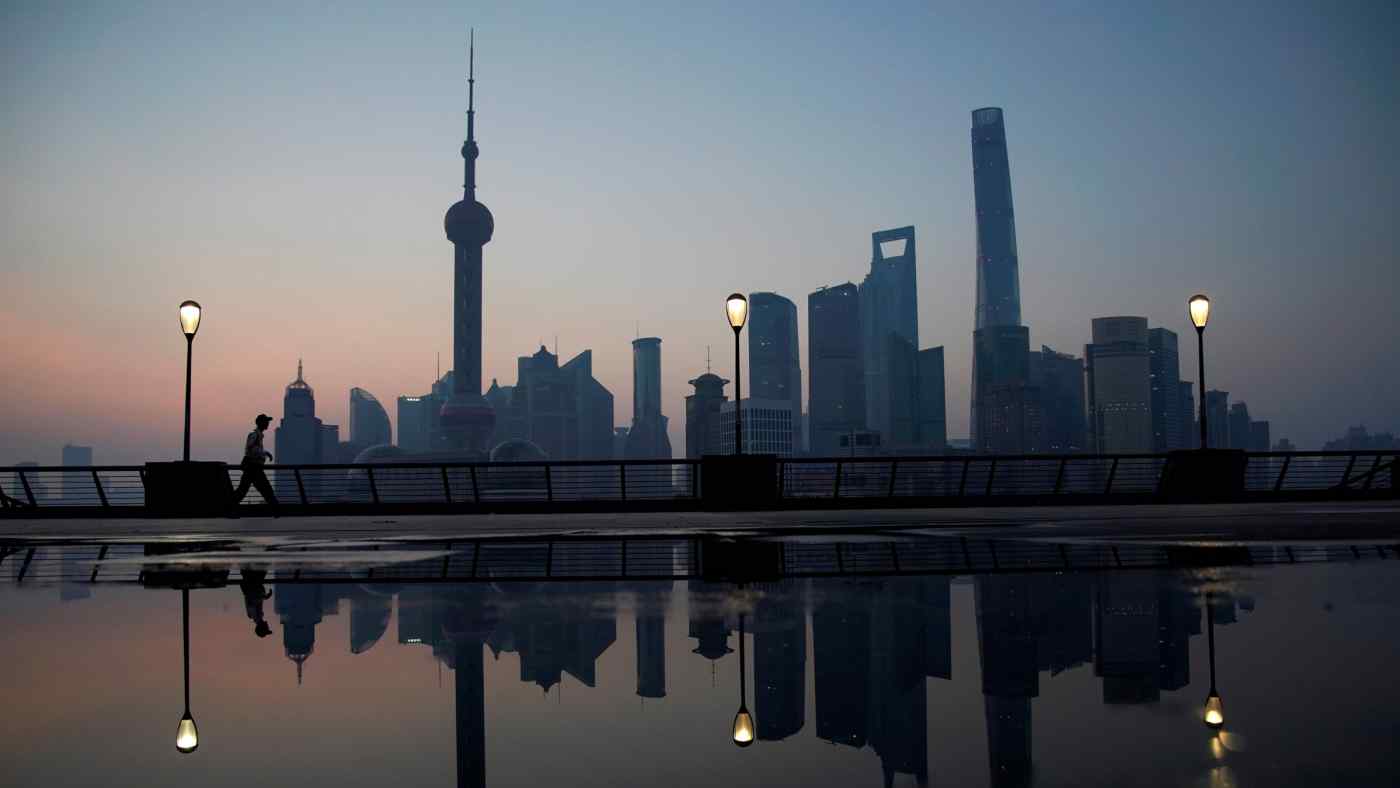 HONG KONG -- The recent wave of corporate bond defaults in mainland China is pushing many domestic businesses to cancel their new issuances.

At least 57 companies have called off plans to issue a combined 44.2 billion yuan ($6.72 billion) of new fixed income securities in the domestic market as of Thursday, Nikkei Asia research shows, since Huachen Automotive Group defaulted on principal and interest of a 1 billion yuan bond on Oct. 23.

Huachen is the state-owned parent of Brilliance China Automotive Holdings, a Hong Kong-listed automaker that partners with BMW and produces luxury German cars in China.

As other state-owned peers follow Huachen in defaults, including chip producer Tsinghua Unigroup, the pace of bond cancellations has accelerated. A default of Yongcheng Coal and Electricity Holding Group, a state-owned miner in Henan Province, on Nov. 10 was a further blow to market sentiment. In the past two weeks, at least 33 companies have abandoned floats worth a total of 28.2 billion yuan.

Ping An International Financial Leasing on Wednesday called off the issuance of a 2.6 billion yuan short-term note with a tenor of 240 days. The unit of financial conglomerate Ping An Insurance Group cited "relatively large volatility in the market recently."

TCL Technology Group canceled its 1 billion yuan three-year bond for the same reason. The Shenzhen-listed electronics manufacturer also said "the issuing price did not meet its expectations," hinting that investors demanded a higher coupon than TCL was willing to accept. The proceeds were to repay part of the debt owed by liquid crystal display subsidiary Shenzhen China Star Optoelectronics Technology.

Lack of investor appetite doomed a float by Pingxiang Changxing Investment, a municipal vehicle from a small city in southern Jiangxi Province. The company extended the deadline for an hour on Nov. 13, but valid subscriptions did not reach the 200 million yuan set as a minimum lot. The seven-year bond was expected to raise up to 400 million yuan, partially funding construction of a local logistics center.

Shaun Roache, Asia-Pacific chief economist at S&P Global Ratings, has flagged financial tightening in China for the past few months. The "tightening is triggering pockets of stress in the corporate bond market," he wrote in a report on Thursday.

The tightening, if avoiding excessive stimulus, is "healthy for the economy in the long run but dampens growth this year and next," Roache said.

Chang Li, a China country specialist at the credit agency, offered a warning this week.

"More defaults are coming as Chinese authorities refocus on deleveraging of [state-owned enterprises] now that the worst of the pandemic has passed," the specialist said.

Chang cites the Nov. 10 default by Yongcheng as a turning point for bond market participants.

The company missed paying interest and principal of 1 billion yuan, while it was granted a AAA rating by China Chengxin International Credit Rating. The highest rating was stripped only after the default, all the way down to an uninvestable grade of BB.

The coal miner paid the interest three days later, but payment of the principal has been postponed to Nov. 23. Yongcheng said Monday that "uncertainty exists as the company faces a shortage of funds," further raising risk sentiments in the bond market.

Yongcheng's default also ignites risk for parent Henan Energy and Chemical Industry Group, one of the largest state-owned companies in the province, as it has cross-protection clauses in its outstanding bonds.

Chang thinks Yongcheng's default "surprised the market because it indicated the local government's attitude to provide support had reversed," exacerbating the sell-off of existing bonds and withdrawal from funding new issues.

"The market may see [the Yongcheng case] as a signal that the SOE deleveraging and reform will accelerate as the economy recovers from the pandemic," he said.

The case also triggered greater surveillance by authorities of local bond issuances. The National Association of Financial Market Institutional Investors, a group controlled by the People's Bank of China, is investigating the financial institutions, credit agency and accountants involved in the Yongcheng bond. The National Association of Financial Market Institutional Investors, a group controlled by the People's Bank of China, is investigating the financial institutions, credit agency and accountants involved in the Yongcheng bond. (Photo by Kosaku Mimura)

The association alleged on Wednesday that it found preliminary evidence of Haitong Securities and its subsidiaries assisting illegal issuance of the bond as well as market manipulation. Haitong responded to the allegation, posting Wednesday on the Shanghai Stock Exchange that it will "proactively cooperate with the voluntary investigation."

The association followed up on Thursday by saying it also is investigating Industrial Bank, China Everbright Bank and Zhongyuan Bank, as well as credit agency Chengxin and accounting firm Xigema.

Meanwhile, creditors are scrambling to secure as much as they can from the defaults. Huachen said at least 14 institutions -- banks, leasing companies and suppliers -- have brought the state-owned enterprise to local courts and arbitration seeking repayment, including the Chinese unit of Singapore's DBS Bank.

Greenland Holdings, a state-backed property developer, is one of the latest businesses to come under pressure. The Shanghai-based developer hosted an investor call Thursday after a blowout in yields for its 2025 bonds on speculation of a loan default, which the company denied.

The company gave assurances that it has adequate liquidity, and it expects to obtain 17 billion yuan of onshore public bond quotas in the coming days. Greenland Holdings is having preliminary investor meetings for what could be its first onshore bond since January 2016.

"It will be important to see if the company can reopen this channel," Iris Chen, a Hong Kong-based analyst at Nomura, said in a note. "We remain cautious and are not yet comfortable enough to bottom-fish given the weaker market sentiment, [the company's] immediate refinancing needs and unclear financing plan. Onshore refinancing progress will be key to watch."

Market participants warn of a spillover to the sovereign market.

"While the PBOC has injected liquidity in a bid to calm markets, more needs to be done to contain before it spills over into the broader financial system, which will in turn hurt the economy," Michelle Lam, greater China economist at Societe Generale in Hong Kong, told Nikkei Asia. "The risks need to be contained, and the authorities have a crucial role to ensure banks and companies have access to adequate liquidity."

The People's Bank of China infused 800 billion yuan in one-year funds into the interbank market Monday using its medium-term lending facility. About 600 billion yuan was used to roll over past MLF loans, leaving net liquidity of 200 billion yuan.

Despite the liquidity injection, continued defaults by state-run companies keep investors concerned, as they sell off government bonds to bolster their cash buffers. The ICE BofA China Corporate Index has declined since Nov. 13 and is quoting at the lowest level in a month.

"The problem for authorities is that the declining credibility of local governments is an entirely new form of financial risk, and the market is now struggling to price it," Logan Wright, director of China market research at Rhodium Group, wrote in a note on Thursday. "Contagion is spreading, and more firms are having their creditworthiness questioned."