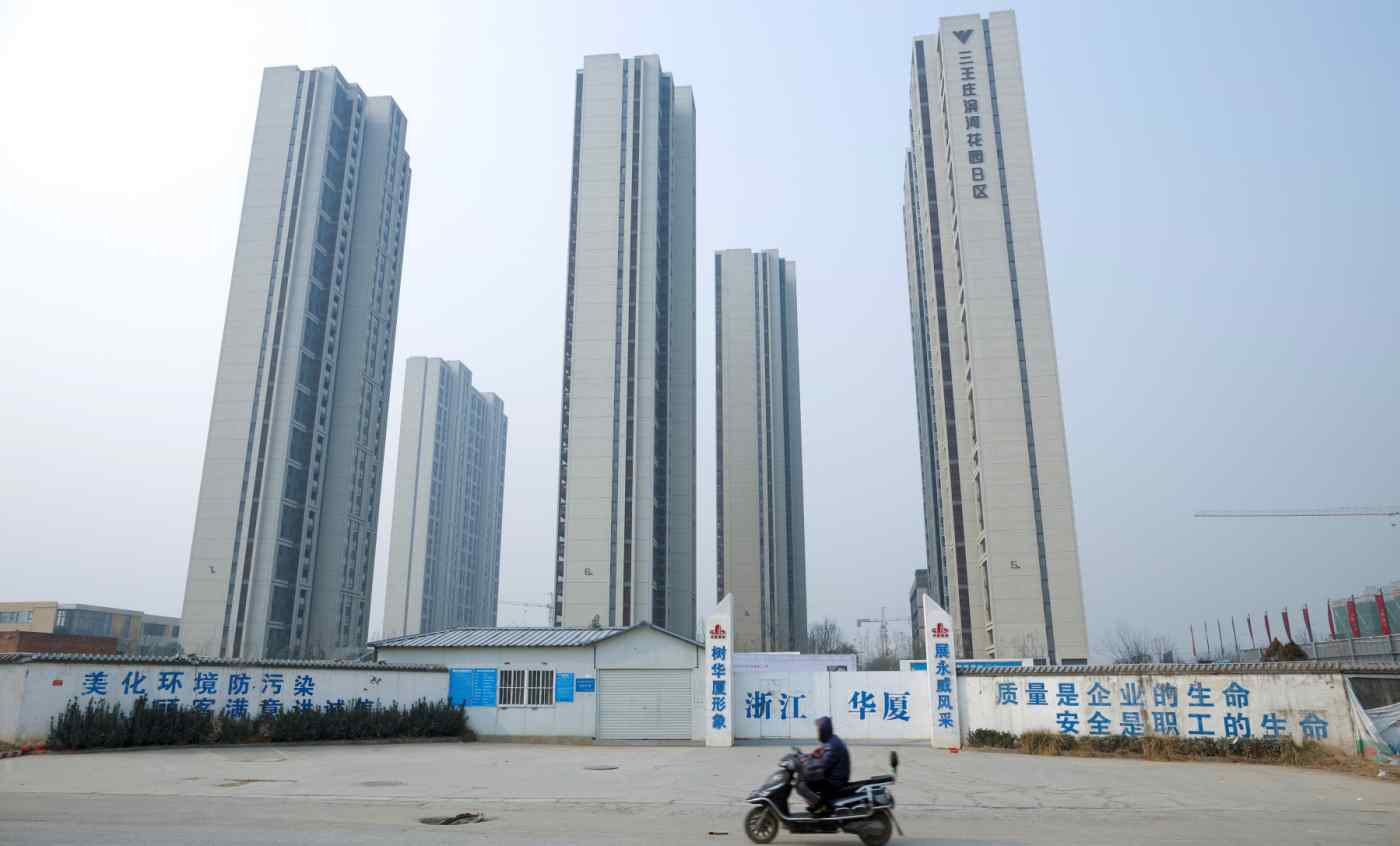 A man rides a scooter past apartment highrises that are under construction near the new stadium in Zhengzhou, Henan province.   © Reuters
YUSUKE HINATA, Nikkei staff writerMay 7, 2020 12:01 JST | China
CopyCopied

GUANGZHOU -- A tale that goes back to China's ancient Han Dynasty talks of farmers troubled by inconsistent government orders. A famous proverb describes directives sent out in the morning being changed by sunset.

Home buyers in China today may have a sense of deja vu.

Local governments in China are announcing deregulatory actions for real estate development only to backtrack just days later, apparently in the face of central government pressure.

The conflict stems from a difference in stance. Local authorities are desperate to revitalize their economies. Beijing is clearly worried about a real estate bubble, and ensuring market stability is a top priority.

The battle between the central government and its local counterparts is likely to heat up as officials at all levels look to restart an economy paralyzed by the coronavirus pandemic. The simmering discord points to a tug of war over economic priorities. 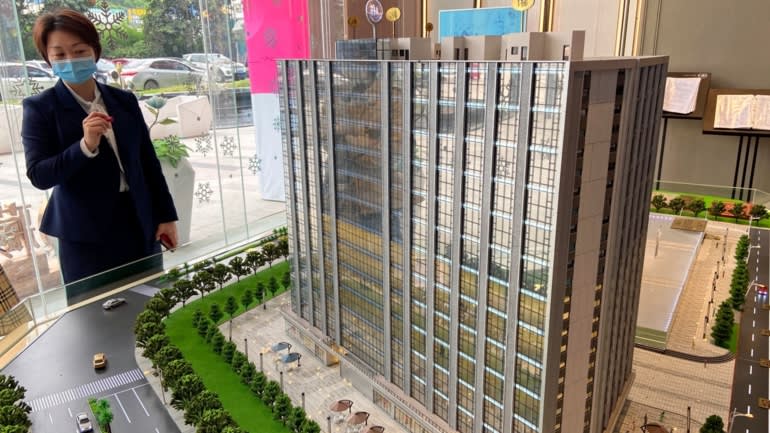 A housing sales office in Guangzhou: A number of local governments in China have reversed measures easing real estate regulations shortly after introducing them.

On April 10, the northeastern city of Qingdao announced it would ease restrictions on housing purchases, hoping to encourage people to move into better houses. Under current rules, home buyers must hold their property for least five years. The change would have shortened that period to two years. The number of house purchases permitted is also restricted but houses jointly owned by relatives would have been exempt. But four days after announcing the new rules, Qingdao voided them.

Policy waffling has been going on around the country since February. Zhumadian, 800 km west of Shanghai, said it would lower the minimum deposit required for house purchases, while Haining, in the eastern province of Zhejiang, decided to suspend the limit on the number of house purchases by nonresidents. But these cities also backed down after several days. Baoji, in central China, said it would ask banks to relax lending requirements for housing loans, but withdrew the plan less than 20 hours after it was announced.

These "policy day trips" are a frequent topic of conversation. In recent years, Beijing has been on the lookout for signs of instability in the financial system, and it sees real estate speculation as a potential trigger. To nip problems in the bud, it has tightened regulations on the buying and selling of houses. 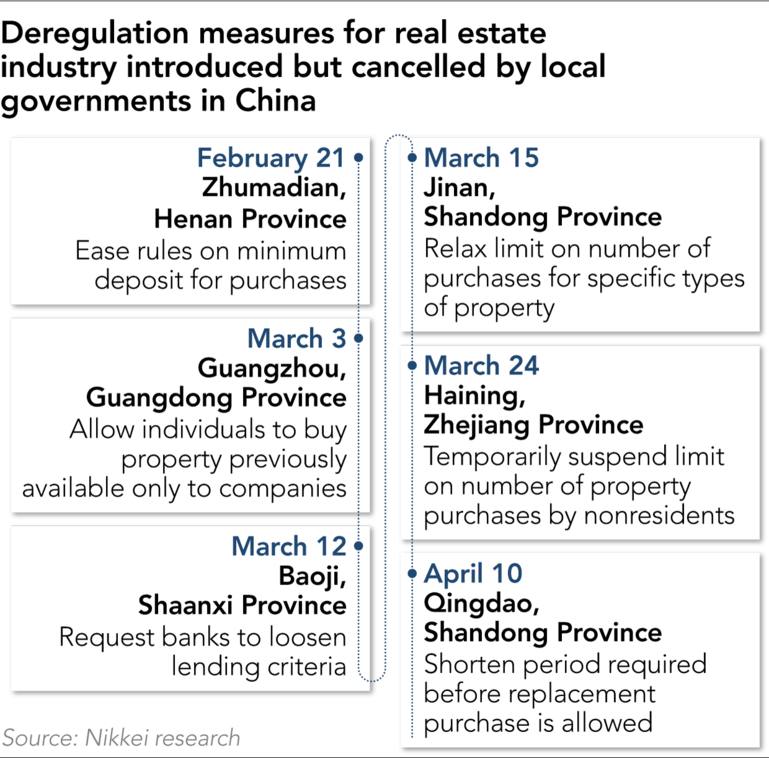 The moves are understandable: The average house in China went for just under 11 times average annual disposable income in the early 2010s. By 2017 the figure had risen over 13. Beijing wants people to view houses as places to live, rather than as investment assets. It has introduced various restrictions -- limiting the number of homes people can buy, requiring owners to hold property for a while before reselling and imposing minimum deposit requirements.

Local governments may understand Beijing's reasoning, but they have their own troubles. Property sales in China totaled 2.04 trillion yuan ($290 billion) in January to March this year, down 25% from a year earlier. New construction starts by square footage dropped 30%. The downtrend is hurting the construction industry, which is an important source of jobs.

The real estate and construction industries have suffered sharp falls in revenue as a result of the restrictions. "Our sales activities came to a standstill overnight," said an official with a real estate industry trade group in Anhui Province, west of Shanghai. "Companies are under enormous pressure to raise funds." Caught in a vice between the central government's policy demands and struggling real estate and construction companies, local authorities have responded haphazardly, announcing new rules and then quickly rescinding them.

Such policy vacillation is nothing new. Chongqing, in central China, unveiled a plan to overhaul medical charges, while some areas in Tangshan, a city in Hebei Province near Beijing, proposed a leave system for public workers. Both were immediately vetoed by the central government. These miscues are seen as a sign of inadequate communication between various levels of government, with overeager local officials running afoul of those higher up the chain of command.

The back and forth over real estate regulation is different. It seems local governments knew their plans would be rejected but announced them anyway, only to back down.

The southeastern city of Guangzhou, for example, announced a measure allowing individuals to buy types of housing previously available only to corporate clients, but it called off the change the next day. "The government withdrew the measure, but it will be reintroduced within six months at the earliest," said an employee at a home showroom for corporate clients in the city. "It would be wise to start looking for promising property and get first dibs on it."

According to people familiar with the matter, city officials and industry executives are negotiating behinds the scenes to get the central government to ease up, underscoring their determination to prop up the real estate industry.