China cracks down on property speculation Prices in key cities such as Beijing, pictured here, have jumped by an average of 10.5% in June from a year earlier.   © Reuters
IORI KAWATE, Nikkei staff writerAugust 14, 2021 12:01 JST | China
CopyCopied

BEIJING -- China is toughening regulations around condominium transactions with an aim to contain speculative and illegal deals within three years, amid growing social discontent about soaring property prices.

Among the measures that authorities are taking are the introduction of eligibility rules for property purchases and the intervention in the secondhand market in big cities to prevent price inflation.

The real estate market is flooded with liquidity as a result of monetary policy relaxation to fight the COVID-19 pandemic. Although the government has adopted caps on mortgage loans, prices have continued to rise especially in major cities.

This is particularly evident in the market for secondhand condos where prices are dictated by the market. Prices in Tier-1 cities such as Beijing, Shanghai, Guangzhou and Shenzhen have jumped by an average of 10.5% in June from a year earlier. In 2019 before the outbreak of COVID-19, average annual price rises were under 2%.

There have also been speculative moves in provincial capital-level and lower-tier cities as well. On July 29, the Ministry of Housing and Urban-Rural Development called in the leaders of Yinchuan in the Ningxia Hui Autonomous Region, Xuzhou in Jiangsu Province, and three other cities to tell them to reinforce measures against speculative trading as house prices had risen 10% or so in those cities.

The Chinese Communist Party has included the stability of property prices as part of its economic management policy for the second half of 2021, adopting the stance at its Politburo meeting end-July. The first inclusion of such an expression in the CCP's economic management policy was taken to mean that authorities would not hesitate to directly intervene in house prices.

In fact, the municipal governments of Dongguan and Jinhua said on Aug. 2 that they had worked out reference prices for secondhand condos, urging property brokers not to offer them at prices much higher than theirs. At least seven cities, including Shenzhen, will also introduce similar measures.

Wuhan plans to set up a system under which those planning to buy condos will be required to register their interest with authorities. If they were judged to have met requirements, they would have 60 days in which to buy their property. Eligibility will be frozen when the purchased units are registered so that the buyers will be unable to purchase other condos.

This market intervention is reminiscent of the long-gone days when the planned economy was strictly enforced by the Communist Party, according to complaints on social media. The public has also pointed to the rationing of staple goods before China shifted to reform and market-liberalization policies. 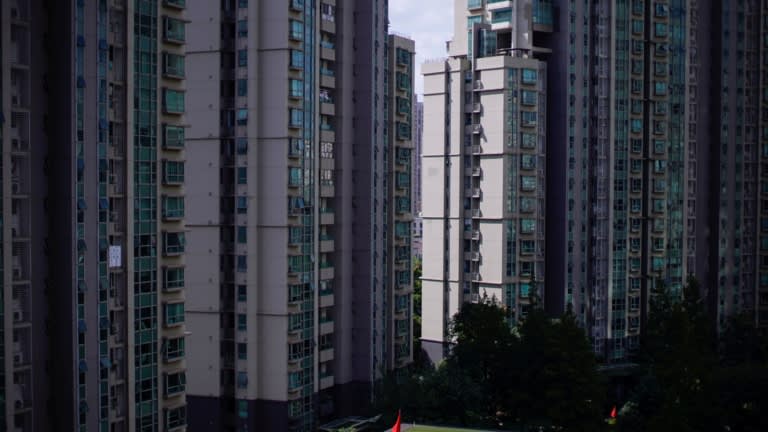 China is making it more difficult for people to invest in condos to try to stem price rises.   © Reuters

Efforts are also underway to prevent attempts to circumvent purchase regulations, among them making the process of procuring mortgage loans complicated and difficult. To get around this, owners have been known to "donate" their properties so that they can get mortgage loans to buy what would then officially be classed as their first.

There also are cases in which sellers of housing units evade income tax by treating the deals as "donations," according to real estate think tank E-House China R&D Institute.

But the Shanghai city office said in July that a condo, even if it were "donated," would be treated as belonging to the original owner for five years. This is to stem the practice of "donations."

Authorities are also cracking down on construction that has deviated from blueprints and the skimming of rents and commissions by property brokers.

The government has been motivated to act on worries about rising discontent among those priced out of the market. The National Congress, which is held every five years to pick new leadership for the country, will convene in the autumn of 2022. Political discontent could trigger power struggles and as such, the current leadership wants to nip any problems in the bud.

Yet, the price rises were seeded by President Xi Jinping's government. Giving top priority to economic recovery from the pandemic, China began to quietly ease regulations on property transactions around spring 2020. The country's economic recovery since is partly thanks to real estate development.

Some experts point out that the sector, including related businesses, accounts for 20% to 30% of China's gross domestic product. It has enabled the central and local governments to adjust economic activity without tapping tax revenue. As such, the government has eased controls over the sector when the economy slows and toughened them when it is overheated.

In 2019, the Politburo had decided not to use the real estate market as a short-term means to simulate the economy, but that decision was reversed six months later as a result of the COVID-19 pandemic.