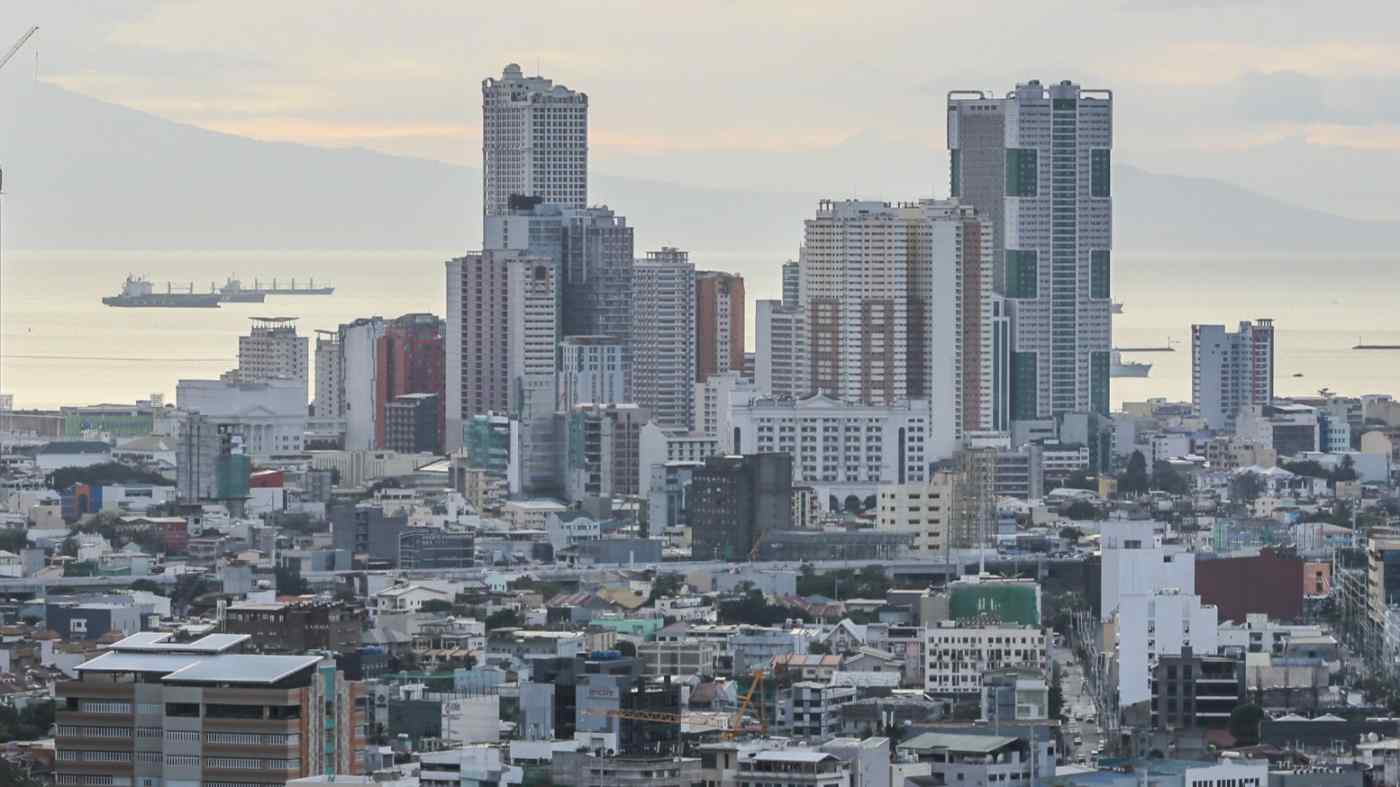 With the Philippines facing the worst economic downturn in 30 years, prices are set to fall by up to 15%, according to Colliers International.

That could force local real estate holders to sell at huge losses and create fears that Filipinos could be priced out when the property market recovers.

"They are going to sell at whatever price to get a buyer," said property consultant David Leechiu, who warned of steeper price falls if community quarantine and travel restrictions continue.

That's a scenario that many buyers have been waiting for.

"Some Chinese are waiting for rush sale," one Chinese real estate broker at a Manila property developer told Nikkei, speaking on condition of anonymity because she is not authorized to speak to the media. "They are observing if prices and demand fall."

Chinese buyers have been on a real estate asset binge over the last few years as Philippine President Rodrigo Duterte shrugged off years of resentment over Chinese aggression in the South China Sea to embrace closer ties with Beijing.

In return Beijing has pledged around $45 billion in new investment commitments, with over a million Chinese tourists and workers since flocking to the Philippines, snapping up condominiums and pushing rental rates in the Manila Bay area to around 1,700 pesos per square meter in the three months to the end of March.

Much of the Chinese interest in the Manila real estate market has been driven by the online gaming boom which caters almost exclusively to clients based in China where gambling is banned. 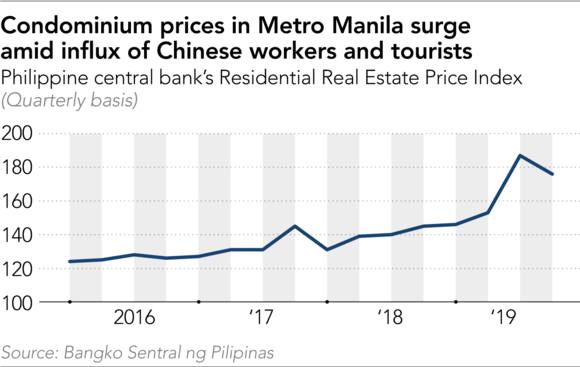 Dozens of Philippine offshore gaming operators currently employ hundreds of thousands of Chinese workers, with the industry contributing billions of pesos a year to the economy.

"Because of the pandemic, we will not consider large quantities," said Ye, who came from the southwestern city of Chengdu. "But if there are projects worth of value, we will consider them."

Bob Herrera-Lim, country managing director at international communications and advisory firm Teneo, cautioned that too many foreigners snapping up Manila real estate on the cheap could turn into a political problem.

According to Juwai.com, a portal that tracks Chinese real estate inquiries, Manila is currently the destination for 68% of inquiries among Chinese property investors looking to buy in the Philippines.

"For Chinese buyers, the Philippines and especially Manila is close, closely allied with China, and -- at least until the pandemic -- promised future price gains and attractive yields," Juwai said in a report

Before the pandemic, gross residential yields in Manila was 5.1%, higher than Bangkok's 4%, and Singapore 2.9%, according to data from Colliers.

Some local developers are already seeing the impact of the economic slowdown amid lockdowns in China and the Philippines, with Ayala Land, the Philippines largest real estate company, saying that sales to Chinese fell by 49% to 1.5 billion pesos ($30 million) in the first quarter of this year. Condominium prices in Metro Manila climbed by nearly 40% in the fourth quarter of 2019 from the same quarter in 2016. (Photo by Kimberly Dela Cruz)

Still, Chinese investors currently account for 41% of all international sales at Ayala Land compared to 30% from the U.S. and 5% from Japan.

Both Ayala Land and Megaworld, another prominent Philippine developer, have slashed their capital spending this year due to economic woes and the lockdown.

Developers in the Philippines were expected to deliver 11,000 units in Manila this year, over 3,000 less than earlier projected, said Collier's research manager Joey Roi Bondoc.

The industry is also expected to take a hit from the tens of thousands of overseas workers who have returned home after losing jobs abroad, as well as tax enforcements that could hit the online gaming industry, Bondoc said.

Despite the gloomy outlook, Jojo Romarx Salas, director of global research and business development at Leading Real Estate Companies of the World, said large deals are still being closed, citing a Chinese group that sealed a 5.5 billion peso deal with a local developer during the recent lockdown.

He declined to disclose the parties saying the deal was confidential.

"The Chinese buyers are here to stay," said Salas. "We know there has been a lull in the market, but as soon as they can travel, they will continue to buy." While the Philippines limits to 40% the number of units foreigners can buy, local laws can be circumvented by having a local company acting as a front and buying on behalf of foreigners.

"Is there tension? Some say there is," said Salas. "I won't subscribe to that, we are a welcoming country."

Ye, the Chengdu-based entrepreneur, said that he sees his investments in the Manila property market as a long-term proposition.

"Chinese buyers are optimistic about the Philippine economy," he said. "I also follow this rule: You don't wait to buy real estate, you buy real estate and wait."