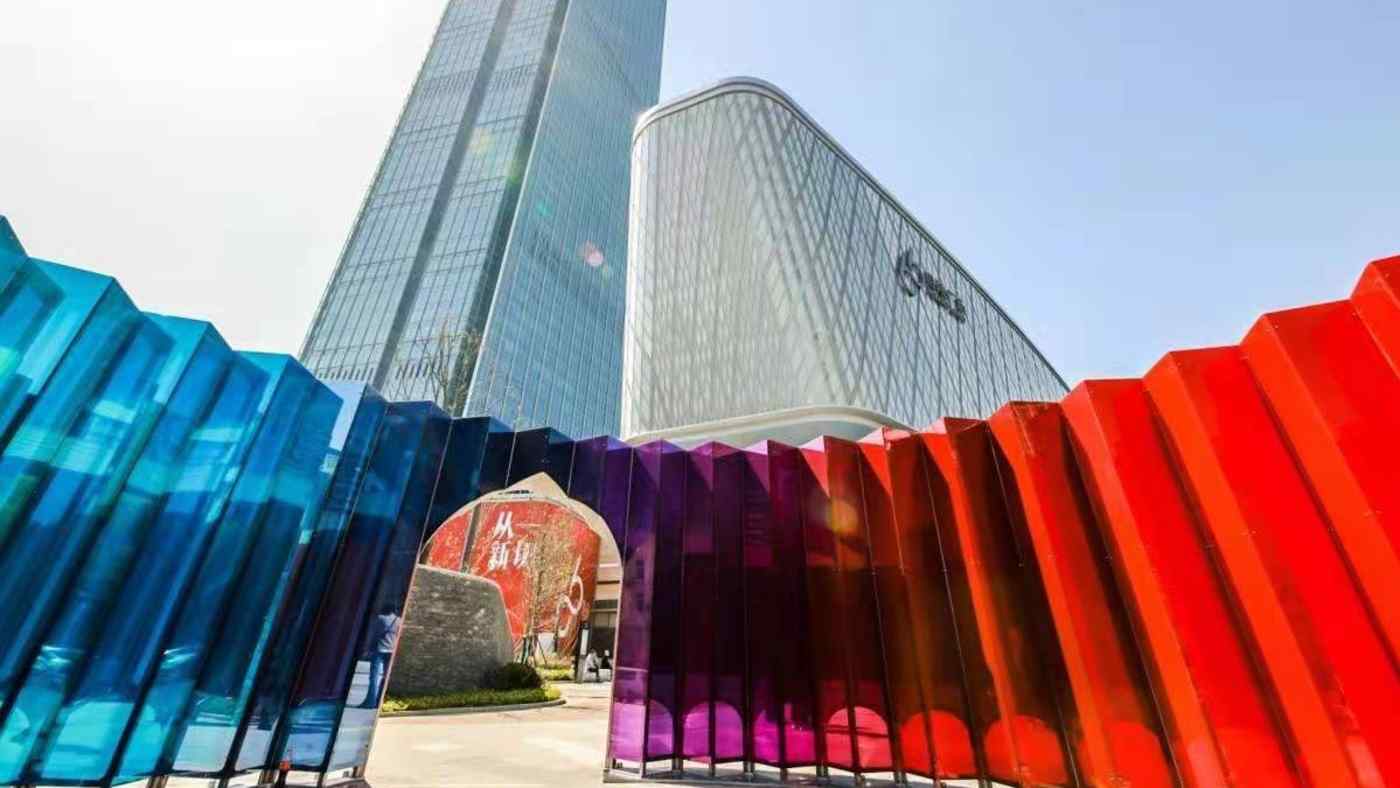 HONG KONG -- Just a year ago, Wuhan was under a 77-day lockdown and business ground to a halt in an effort to control the coronavirus outbreak. Now, a major Hong Kong property developer has placed a big bet on the city's future with the opening of a luxury retail mall.

The opening last week of Hang Lung Properties' newest development in the heart of the central Chinese city, where the coronavirus was first identified in late 2019, was symbolically important.

Adriel Chan Wenbwo, Hang Lung's vice chairman, lavished praise on the local government during a ceremony in Wuhan. The retail development, part of a complex called Heartland 66, "marks a new chapter in the lifestyle aspirations of the people of Wuhan," he said, adding that the new property encapsulates the city's "pulse and vibrancy."

For Hang Lung, the Wuhan property marks its 10th major project in mainland China. Since the opening of its Plaza 66 complex on the ritzy Nanjing Road West in Shanghai two decades ago, Hang Lung has been among Hong Kong's leading developers to spearhead the expansion -- and their earnings base -- in China.

The commitment has paid off, especially since its home market in Hong Kong has been hit with the double challenges of political unrest and the pandemic. Its revenue in 2020 from mainland China grew 16% compared with a year earlier to 5.28 billion Hong Kong dollars ($679.3 million), or 59% of its total revenue, while its Hong Kong business declined 14% to HK$3.69 billion. The opening ceremony of Hang Lung's Heartland 66 on March 25. The company's chairman said he sees the mainland "as a desirable place to invest in" high-end malls. (Provided by Hang Lung Properties)

"On the mainland, we will, as before, continue to search for further land opportunities," Chairman Ronnie Chan Chi-chung, Adriel's father, said in a letter to shareholders published a day before the Wuhan ceremony.

In addition to the mall, it will open an apartment building in Wuhan in 2023, its first residential offering in the mainland outside Shanghai. "We continue to see the mainland as a desirable place to invest in four- and especially five-star malls," he said.

But the tycoon was downbeat on the home market. "Hong Kong rental will unfortunately remain feeble. Frankly, I will be happy if rents for the coming few years can stay at last year's level," he said.

"The effects of rent relief that was necessary to keep our facilities more or less full will continue to play out in the coming two to three years. I believe that the rental heights achieved in 2019 will unlikely return for a very long time."

The deepening investment commitment to the mainland is bringing Hong Kong property barons even closer to Beijing at a time when the former British colony has become a major focus of confrontation between China and Western democracies. Nearly all major Hong Kong property conglomerates supported, through public comments and newspaper ads, the introduction of a national security law last year and the overhaul this week of the territory's electoral system.

Many of the tycoons and their sons have positions in Beijing's political establishment -- mostly as members of the Chinese People's Political Consultative Conference, the top national advisory chamber, such as Victor Li Tzar-kuoi of CK Asset Holdings, Peter Lee Ka-kit of Henderson Land Development, and Peter Woo Kwong-ching, former chairman of Wheelock & Co. and a son-in-law of the late shipping magnate Y.K. Pao, who acquired the originally British-owned company in the 1980s. The national security law, according to the elder Chan of Hang Lung, was a defensive move. "Beijing had allowed itself to be pushed to a corner where only the NSL could reverse the slide into anarchy," he said in his letter, adding that the law was "an absolute necessity to save Hong Kong."

Other Hong Kong developers have, like Hang Lung, established substantial interests in the mainland, which have started to outshine their businesses back home, as their recent full-year earnings reports show.

Henderson, founded in 1976 by Lee Shau-kee, now 93 years old, said that its consolidated revenue last year rose 3.5% to HK$25.02 billion -- a notable achievement given the pandemic. The main driver of the gain was its mainland property business, where revenue more than doubled to HK$8.89 billion, while the Hong Kong part of that business -- though twice in size -- fell by 2%.

Last year, Henderson opened twin office towers in Guangzhou, a commercial development in Shanghai and a shopping mall in Chengdu. Those developments brought the company's completed investment property portfolio in the mainland to 7.9 million sq. feet.

Peter Lee Ka-kit and Martin Lee Ka-shing, co-chairmen of Henderson and sons of the elder Lee, said in a statement: "The group has sufficient land resources for its long-term property development plan" in China. Wharf Holdings, which primarily holds the group's mainland assets, last year saw a 24% rise in revenue to HK$20.99 billion and a 14% increase in net profit to HK$3.86 billion. It was a different picture for Wharf REIC, a spinoff carrying predominantly Hong Kong assets. Its revenue fell 3.3% to HK$15.51 billion, while it swung to a net loss of HK$7.85 billion from a HK$3.92 billion net profit.

"China has been the envy of the world and will continue to play the role of an important growth engine," said Kevin C.Y. Hui, who serves as company secretary at the two Wharfs. "That will directly benefit the group's mainland businesses."

At CK Asset, revenue contributions from the mainland and Hong Kong moved in opposite directions last year. Lackluster property sales at home sharply cut revenue in Hong Kong by 72%, while its mainland business jumped 93%.

The resilience of its mainland China business helped push up the bottom line, or at least mitigate the decline, in the form of decreasing fair-value losses of investment properties. 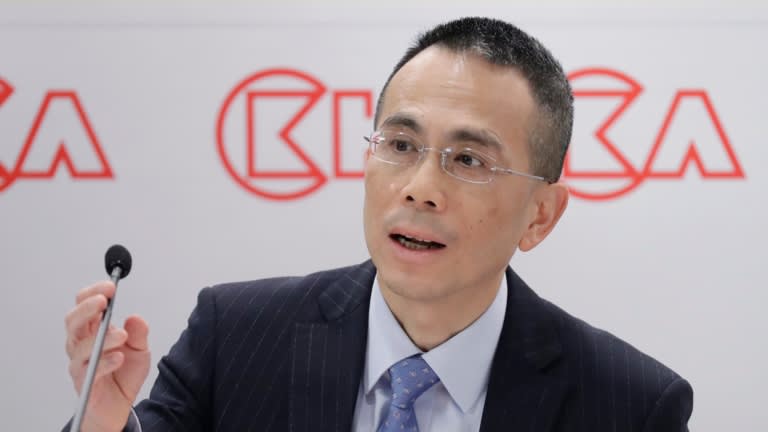 Hong Kong's accounting practices for real estate companies require that changes in actual market value of properties be reflected in earnings. That rule was once a bonus for companies' net profit as real estate prices soared, but last year it returned to haunt them.

At Swire Properties, net profit dropped 69% to HK$4.09 billion last year. Nearly 90% of that decline was attributed to the change in valuation of its investment properties -- a loss of HK$4.46 billion from a gain of HK$3.72 billion in 2019. However, retail properties in the mainland increased in value.

Similarly, Henderson reported a HK$2.41 billion valuation loss in 2020 compared with a gain of HK$2.53 billion the previous year. While Hong Kong assets lost HK$4.48 billion, those in the mainland gained over HK$2 billion.

For Sun Hung Kai Properties and New World Development, both of which last month published their interim reports through Dec. 31, the recovery in investment property values is clearly evident since they do not include the first half of 2020, when China was battling the pandemic.

Given the growing returns from assets in mainland China, Hong Kong developers last year kicked off various new marquee projects, including Hongkong Land's West Bund Financial Hub in Shanghai. It has not disclosed the price tag of the 23.1-hectare project consisting of offices, a mall, luxury hotels, residences and cultural facilities with expected completion by 2027.

"The Chinese mainland is an increasingly important market for the group, contributing 29% of profits in the year, and the group is focused on growing its businesses there further," said Ben Keswick, chairman of Jardine Matheson, the parent of Hongkong Land.