TAKAMATSU, Japan -- A tiny Japanese island famed for modern art and architecture is experiencing a mini real estate boom, in a break with the recent narrative of far-flung communities struggling with demographic decline.

Property values have risen for two straight years on Naoshima, a roughly 14-sq.-km speck in the picturesque Seto Inland Sea. Data released last month by Kagawa Prefecture, which administers the island town, shows the average price of land for all purposes was up 1.3% on the year as of July 1, beating the previous year's increase by 0.4 of a point.

While many rural pockets of Japan have suffered from a population exodus, the owner of the only real estate company on Naoshima finds himself confronting a different problem. "There are not enough houses to accommodate the growing number of would-be residents," Masaaki Yamagishi said.

The increased interest in living on the island, which sits roughly halfway between Osaka and Hiroshima, coincides with a surge in tourism sparked by high-profile initiatives to make Naoshima a destination for art aficionados.

In 2018, over 500,000 people visited the island, up more than fiftyfold from 1990. Two major attractions are the largely subterranean Chichu Art Museum, which was designed by renowned architect Tadao Ando and opened in 2004, and the Setouchi Triennale, an art festival launched in 2010. The festival is held every three years on a number of Seto Inland Sea islands as well as Kagawa's coastal capital of Takamatsu and Tamano, in nearby Okayama Prefecture. 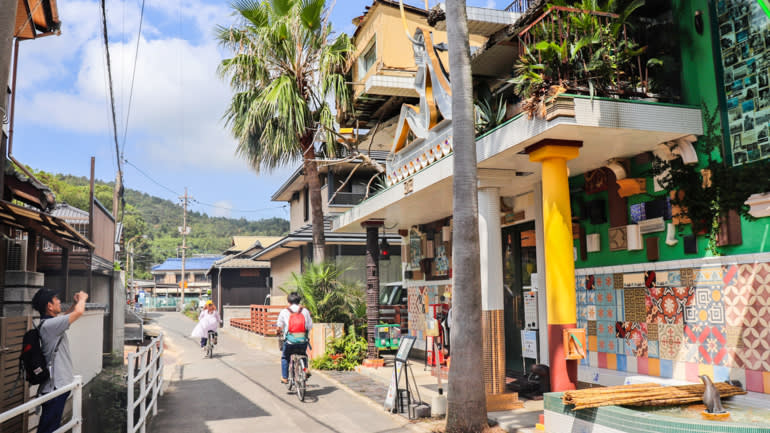 Available homes are few and far between in Naoshima's town of about 3,100 people.

Naoshima is dotted with other art installations as well, one of the most famous being Yayoi Kusama's black and yellow pumpkin set against the spectacular backdrop of the sea.

Some visitors become so enamored with the island that they decide to settle there. Kagawa says 92 people moved to the island in the fiscal year through March, up 16% from a year earlier.

But available homes are few and far between in the town of just 3,100 or so. When a house was put up for rent in mid-August, it was leased almost immediately. And it is not just housing that is needed on Naoshima, but also land for more accommodations and restaurants as visitor numbers soar.

In 2015, when Yamagishi was an active member of a project to revitalize the island, he launched Naoshima Colors, a website that provides information on vacant houses. "The website helps connect owners of land and vacant houses with those who wish to move to the island," he said.

But while the site made it possible to find houses, it also made it clear that there are simply not enough of them. Naoshima has few residential areas and owners tend to seek high asking prices, assuming a buyer will bite.

Naoshima's residential land values were up 1.4% in Kagawa's latest data, climbing 0.5 of a point faster than the previous year and marking the highest rate of increase among the prefecture's 17 municipalities.

Yamagishi said he sometimes finds it difficult to persuade property owners to sell at a fair value. "I want to make available as many properties as possible so that I can supply places to live to those who came to love and live in Naoshima," Yamagishi said. 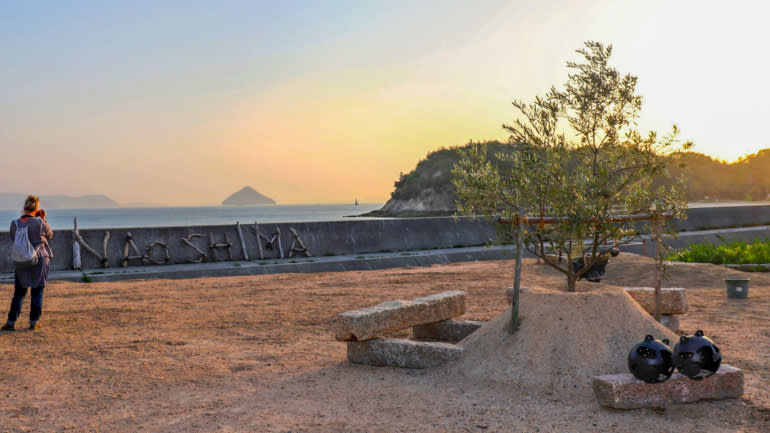 Some visitors become so enthralled with Naoshima's blend of art and stunning sea views that they decide to settle on the island.

The spillover to other parts of the prefecture, meanwhile, has been limited.

Commercial land prices in Kagawa stopped falling this year after declining for 27 straight years. Commercial prices in Takamatsu -- home to roughly half a million people -- rose 0.8%, inching up for the second straight year and accelerating by 0.2 of a point.

Residential land prices in Takamatsu rose 0.3%, up only 0.1 of a point.

Two other municipalities that host the Setouchi Triennale -- the towns of Shodoshima and Tonosho, on the island of Shodo -- fared worst of all. Average prices of land for all purposes fell 1.6% in Shodoshima and 1.4% in Tonosho, the steepest rates of decline in the prefecture.

Shodo is the second-largest island in the Seto Inland Sea, after Awaji. So local experts say the effects of events like the festival are less pronounced than in smaller communities like Naoshima. "The aging and shrinking population is offsetting the increase in tourists," explained a real estate appraiser.

While sleek buildings, fine art and sea views can help bring people to rural economies, they are not a panacea.