A public housing estate under construction in Singapore. The government has warned of the risks of taking on too much property debt.   © Reuters
DYLAN LOH, Nikkei staff writerApril 13, 2021 16:55 JST | East Asia
CopyCopied

SINGAPORE -- After searching for months, Tang Wei, a Chinese working mother with a toddler, finally secured what she said was the most important purchase of her life last December -- a home.

"I sleep well these days," she said of her relief after a prolonged hunt.

Her home is not just a roof over her head but is also proving to be a valuable financial asset. Tang bought her apartment in the northwestern Shanghai district of Jiading for 2.6 million yuan ($400,000). Its value has risen 5% in a few short months.

China's financial hub is one of a number of Asian cities that have seen residential real estate prices surge despite the coronavirus pandemic-triggered global economic downturn. In some cases, the rises have prompted governments to raise an alarm over fears of a potential property bubble.

According to London-based consultancy Knight Frank, Seoul, Singapore, Tokyo, Shanghai and Taipei are among the regional business centers where house prices have increased over the year, defying the general slump in consumption.

Drawing data from across Asia, Knight Frank found that Seoul's property prices spiked the most in the region: 22.3% between the final quarters of 2019 and 2020.

Into the first three months of this year, the growth momentum has not stopped.

"Over the coming year, we believe the momentum behind the current rate of growth is sustainable," Christine Li, head of research at Knight Frank Asia Pacific, told Nikkei.

She said residential property prices have been buoyed by the rollout of COVID vaccines, lifting prospects of economic recovery, and the relative success of pandemic responses from some governments in Asia. 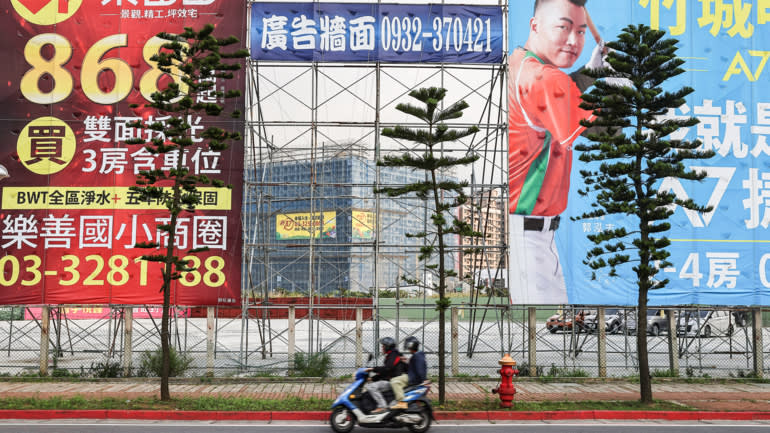 "Those markets which have handled the pandemic better have also experienced a release of pent-up demand built up over their lockdown periods," Li said.

In China, despite regulations introduced in January to curb speculative buying, new home values across first-tier cities are riding an upward trajectory on a combination of weaker supply and growing demand.

"People who have money will still buy regardless of price increase or tighter regulations because many believe that houses are the best asset class, with better returns compared to company shares," said a property agent in Shanghai.

"The pandemic has widened the wealth gap," Mark Yip, chief executive of Singapore-based real estate agency Huttons, told Nikkei. "Together with governments around the world injecting cash to support the economy, there is ample liquidity, and that has driven interest rates down. Investors are on the hunt for stable assets and yield. Properties fit into that category, and quite a number of countries are witnessing strong price gains."

Economic success is also propelling property values. In Taiwan, new housing prices in Hsinchu and Tainan -- cities where chipmaker Taiwan Semiconductor Manufacturing Co. is expanding facilities -- have increased about 15% on average over each of the last two years, data from housing statistics provider Ubhouse showed.

Bill Chiu, chairman of Gudeng Precision, a TSMC supplier, said he had advised all his employees to buy property near the science park in Tainan where TSMC is building advanced semiconductor plants.

"Those who did follow my suggestions definitely have earned some money. ... The property price in some areas that are close to the science park has doubled or even tripled over the past eight years," he said.

The Taiwanese government recently amended the income tax act to curb real estate speculation. Sellers will be slapped with a 45% tax on property transaction gains if land or houses are sold within two years of purchase -- up from the current one-year period.

In Singapore the rise in prices is hitting both private developments and the publicly run apartment units where 80% of the resident population lives.

The government wants these apartments, managed by the city-state's Housing and Development Board, to be affordable for locals in order to promote the goal of homeownership. The city-state gives grants to married couples who wish to buy an HDB apartment.

But some of these HDB apartments in prime locations have recently been sold at million-dollar price tags -- on a par with some units built by private developers. The trend has fueled talk that Singapore will sharpen policies aimed at cooling the property market, as it has done in the past when prices surged.

"Although we acknowledge that the risks of property cooling measures have increased, we believe it is possible that the government might continue to adopt a wait and see approach," OCBC Investment Research, the analysis arm of Singapore lender Oversea-Chinese Banking Corp., wrote in a report issued this month.

The company said 340 of the development's 558 residential units, or 61%, were sold over its launch weekend in mid-March. Prices ranged from 1.17 million Singapore dollars ($870,000) for a one-bedroom unit to SG$5.63 million for a four-bedroom unit.

The government has raised the alarm over Singaporeans getting themselves into a fix by taking on more debt than they should as they ride the property bandwagon.

"The risk of rising interest rates is a reminder that everyone should continue to exercise caution in their property purchase decisions," Tharman Shanmugaratnam, who is chairman of the Monetary Authority of Singapore and a senior minister, warned this month.

"Buyers should assume that interest rates will rise and be sure of their ability to service their loans before making long-term financial commitments," the former finance minister cautioned.

Additional reporting by CK Tan in Shanghai, Lauly Li and Cheng Ting-Fang in Taipei, and Kim Jaewon in Seoul.