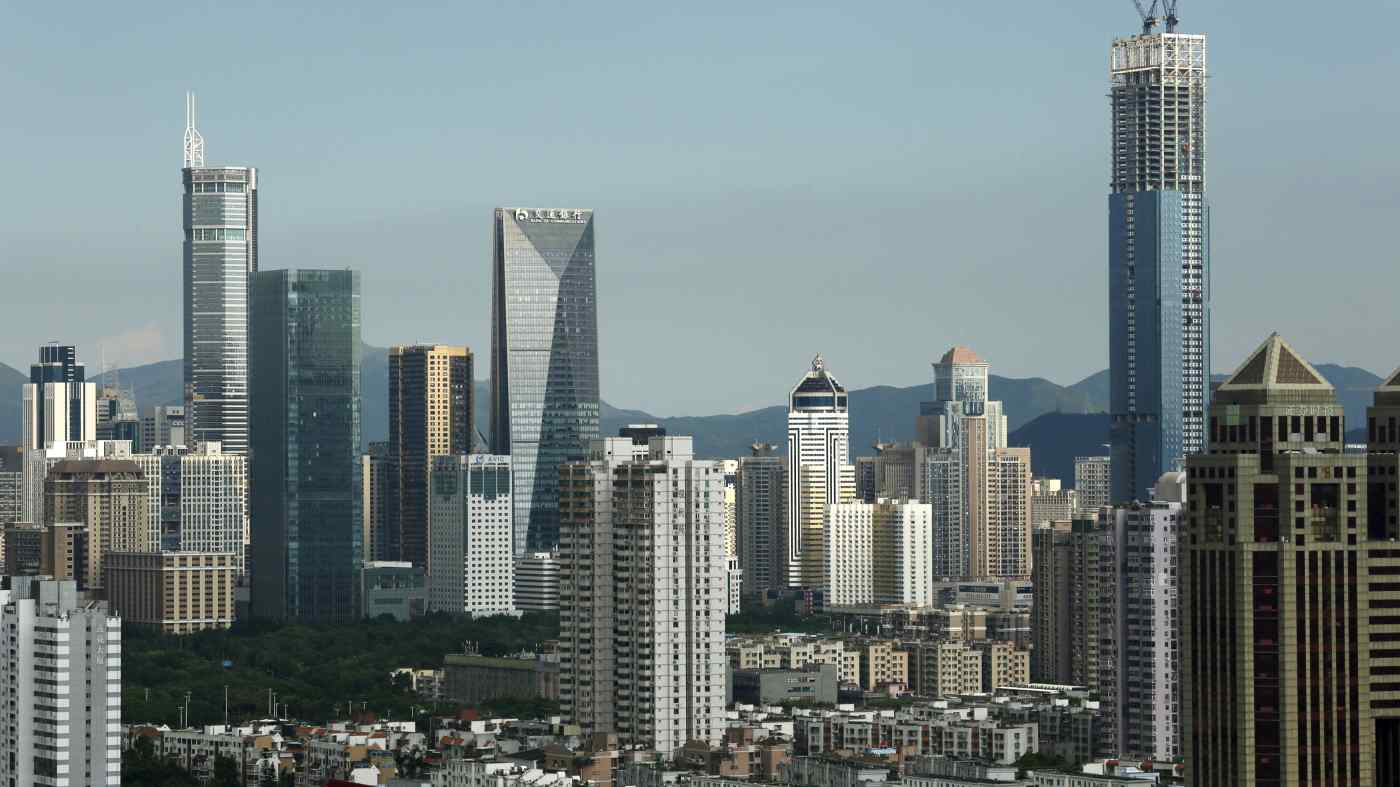 In early May, one real estate brokerage in a bustling Shenzhen neighborhood put on its window a list of what appeared to be fruit prices.

From a 10 million yuan ($1.56 million) durian to a 1 million yuan banana, the document seemed nonsensical to the untrained eye. But for those in the know, it served as code referring to homes for sale on the city's growing black market for property.

The disguised listings were a response to Shenzhen's efforts to cap climbing home prices, fueled by investors who see housing as a surefire profit maker. China's top banking regulator has warned that homes will not keep appreciating forever, signaling that the country could adopt even tougher restrictions to crack down on speculators.

Shenzhen authorities set reference prices per square meter for roughly 3,600 housing complexes across the city in February. Brokers were banned from listing units going above these rates, which were based on neighboring listings and other factors.

Banks also were urged to use the reference prices in screening mortgages to ensure "greater transparency" and "rational transactions." Authorities worried that large-scale loans based on aggressive appraisals could heat up property markets further.

But the reference rates were substantially below actual recent sale prices for these homes, a problem that quickly became glaring.

At one housing complex in the heart of Shenzhen, the authorities set a reference price of 110,500 yuan per sq. meter -- about half the rate on the list of fruits at the brokerage window. Few sellers have been willing to part with housing at the official price, and some players are resorting to such codes in order to reach a deal.

The brokerage with the fruit prices, located in the Nanshan district also home to Tencent Holdings and other leading tech companies, was later shut down for a week over its black market listings. Home sales in Shenzhen have decreased since the reference rates took effect, and prices for existing homes in the city went flat in April after a roughly two-year rise. (Photo by Yusuke Hinata)

Prices for existing homes in Shenzhen went flat in April after a roughly two-year rise, China's National Bureau of Statistics reports. The number of homes sold fell in light of the new reference prices and tougher mortgage screening.

"Our contract numbers have fallen to a third of what they were," one real estate brokerage said. "We have no choice but to bear it for now."

Some have concocted other schemes to circumvent the new regulations, like charging an unusually high premium for furnished homes to bring the overall unit price closer to the market value. Retail investors are banding together online to invest in housing, providing homebuyers an alternative to regular mortgages.

Shenzhen is not the only Chinese city tightening its grip on the property market. Shanghai announced a rule in January to prevent couples from faking a divorce so they can buy more property more cheaply.

But Shenzhen is considered a leading market for China, and rules and frameworks introduced in the city often are eventually adopted nationwide. If the city's recent tactics succeed in stabilizing housing prices, more regions across China may adopt them.

China's home prices have trended upward ever since reforms revived the market in 1998. New home prices more than doubled in a decade to 9,980 yuan per sq. meter in 2020. Combined with the absence of a residential property tax, homebuyers were all but guaranteed the chance to sell at a profit in two to three years.

But Guo Shuqing, head of the China Banking and Insurance Regulatory Commission, warned in a speech Thursday that those who believe housing prices will never fall again will end up paying a steep price. Market experts are keeping a close eye on whether China introduces sweeping nationwide measures to curb housing prices, like a residential property tax.

China has made strides in opening its market over the past few decades, including in housing, which was once supplied by the government. But the latest restrictions in Shenzhen, including the government-mandated pricing cap, hearken back to China's days as a planned economy.

Since taking office in 2013, Chinese President Xi Jinping has pumped the brakes on free market reforms, increasing his administration's control over the country's economy. The crackdown in Shenzhen, long a poster child for China's reforms, reflects the overall shift in Beijing's economic policies.