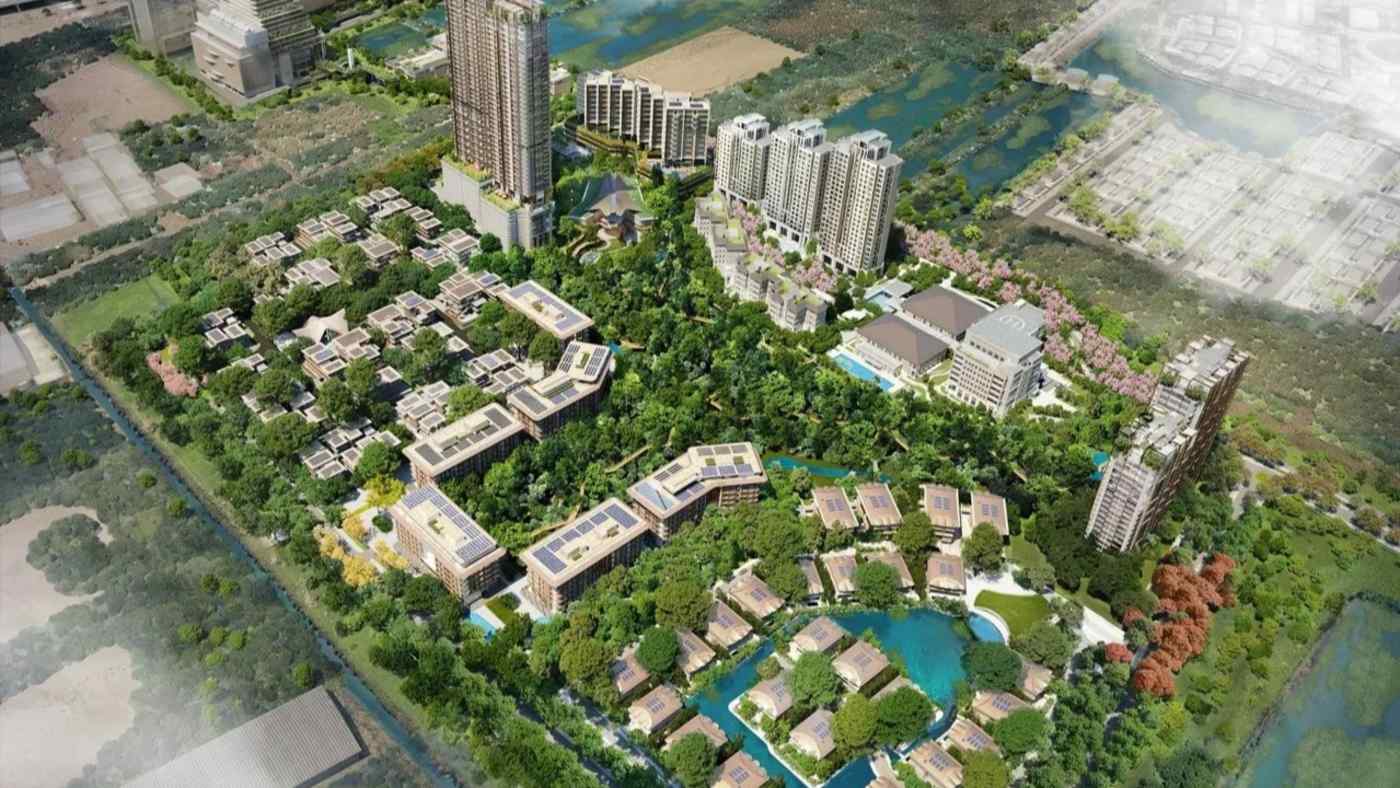 The Forestias on the outskirts of Bangkok will provide villas and condos, retail outlets and a sports center all set in a forest ecosystem (conceptual drawing provided by Magnolia Quality Development).
MASAYUKI YUDA, Nikkei staff writerDecember 18, 2019 12:19 JST | Thailand
CopyCopied

BANGKOK -- Thailand's largest conglomerate Charoen Pokphand Group and big business rival TCC Group have evolved from their roots in the food and beverages industry, with the two now vying over respective property developments they both hope will be the kingdom's largest.

Magnolia Quality Development, the property development arm of CP Group, announced last week that it would ramp up investment in its residence-centered project The Forestias on the outskirts of Bangkok by 35 billion baht, bringing total investment to 125 billion baht ($4.1 billion).

With the increase, the project's investment size has just inched past TCC Group's One Bangkok development in the heart of the Thai capital. TCC has previously said its project size was 120 billion baht, boasting that it was the biggest private real estate development in Thailand.

The territory of Magnolia's project will also be increased, by 15.68 hectares to 63.68 hectares, which is about 1.5 times the size of the Vatican City. The project is located about 15 km southeast of central Bangkok.

The Forestias aims to provide villas and condominiums for a diverse range of lifestyles and family sizes. A sports complex and retail outlets will form part of the project, with plans for a five-star hotel and a medical center on the premises, as well as a forest ecosystem to bring residents closer to nature. 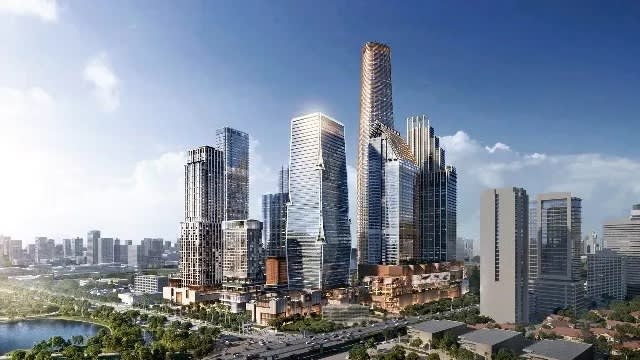 The project is slated to open in 2022. The construction of road systems and pilings for infrastructure are 90% complete, the developer said.

TCC's One Bangkok project is vastly different from The Forestias. The more urban development will comprise five office buildings, five hotels and three residential towers on a 16.7 hectare plot.

Tycoon Charoen Sirivadhanabhakdi made a fortune through his beer and spirits business Thai Beverage, and now, as chairman of TCC Group, owns many property projects and land for development. TCC Group companies TCC Assets and Frasers Property are handling the development of the project.

Despite the extra funding appearing to put Magnolia's project in the lead, as The Forestias is more residence focused, its success could well hinge on how much Thailand's faltering residential property market can recover.

The decrease in demand for housing has resulted from a slowing Thai economy and ebbing Chinese investment due to the strength of the Thai baht against the yuan. In the International Monetary Fund's World Economic Outlook in October, Thailand's gross domestic product was expected to grow 2.9% in 2019, 3% in 2020 and between 3% and 4% between 2021 and 2024. The numbers are all lower than the 4.1% recorded in 2018.

"The sales rate for new condominiums launched in Bangkok during the first half of 2019 fell to historic lows," wrote London-headquartered property consultancy Knight Frank in a recent report. While the average asking price of residential properties in Bangkok increased, market conditions have forced developers to give buyers hefty discounts of up to 20%.

Risinee Sarikaputra, research director at Knight Frank, warned that speculative demand would decrease due to the market cooling.