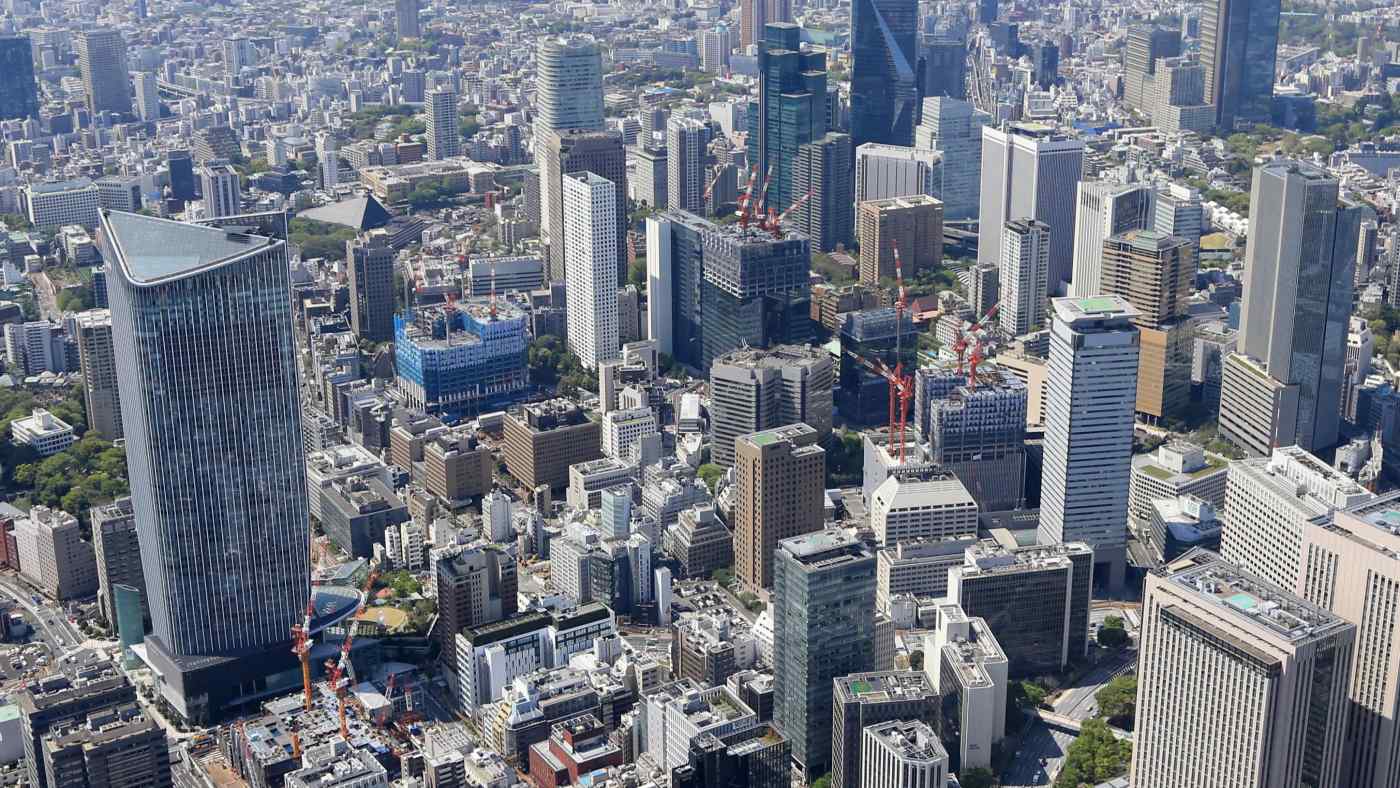 TOKYO -- Japanese life insurance companies' real estate portfolios are set to grow for the first time in four years despite concerns of an overheating property market, spurred by a need for higher yields.

The rebound, which comes amid robust demand for office buildings, marks the latest sign of the once-acquisitive industry's return to real estate investment.

With the Bank of Japan's easy-money policy crushing returns on bonds, their mainstay investment, insurers have little choice but to wade back in.

A total of 41 life insurers had an aggregate 6.1 trillion yen ($55.2 billion) in real estate assets under management at the end of January, up 0.3% on the year, data from the Life Insurance Association of Japan shows. The figure for all of fiscal 2018, which ends Sunday, also looks poised to rise.

Nippon Life Insurance has remained a prominent player in the market while others have shied away.

The country's largest life insurer completed its 100 billion yen office-commercial Crea Tower last August in a prime spot just a two-minute walk from Hamamatsucho Station in downtown Tokyo. Then it acquired a 50% stake in an office building in the Akasaka neighborhood of the capital's Minato Ward for about 40 billion yen in December, planning to rebuild the structure.

Nippon Life has also invested more than 50 billion yen in logistics facilities since fiscal 2013, while deciding over the last five years to pour about 270 billion yen in 11 office buildings. The company's peers are also being drawn by the nearly 3% return real estate offers amid ultralow interest rates.

Dai-ichi Life Insurance, part of Dai-ichi Life Holdings, recently decided to invest 60 billion yen in a redevelopment project in Tokyo's Toranomon area, home to a cluster of such projects. The deal marks the first major real estate deal for the insurer in 12 years.

Meiji Yasuda Life Insurance plans to pick up the pace of its real estate investments starting in fiscal 2019.

As a group, life insurers' property holdings amount to just a third of the roughly 18 trillion yen owned by listed real estate investment trusts. Even so, Nippon Life and Dai-ichi Life stand out as substantial individual players in the market, with 1 trillion yen and 800 billion yen in holdings, respectively.

Japanese life insurers, having embarked on an overseas property shopping spree during the country's late-1980s asset-price bubble, only to retreat when it popped, are also starting to head back abroad. Dai-ichi Life made its first foreign investment in 26 years in fiscal 2017 through a fund. Nippon Life has invested 133 billion yen in an overseas real estate fund.

Some in the industry acknowledge the risks of wading back into real estate. With vacancy rates dipping below 2%, prices of offices buildings in Japan are soaring.

"There's a risk of overpaying," said a Sumitomo Life executive. "We won't be rushing to increase our holdings."

The industry outlook beyond 2020 is murky as well. The market could cool off quickly once the Tokyo Olympics are over, some warn.

Some life insurers are unloading part of their portfolios.

Nippon Life has spun off some of its holdings into a privately offered REIT that generates fee income for the insurer. The trust's portfolios contains a broad range of properties, including shopping centers, logistics facilities and an office building in Tokyo's Marunouchi neighborhood that it purchased from U.S. insurer American International Group after the 2008 global financial crisis.

Nippon Life aims to boost the REIT's assets to around 300 billion yen from the current 110 billion yen.