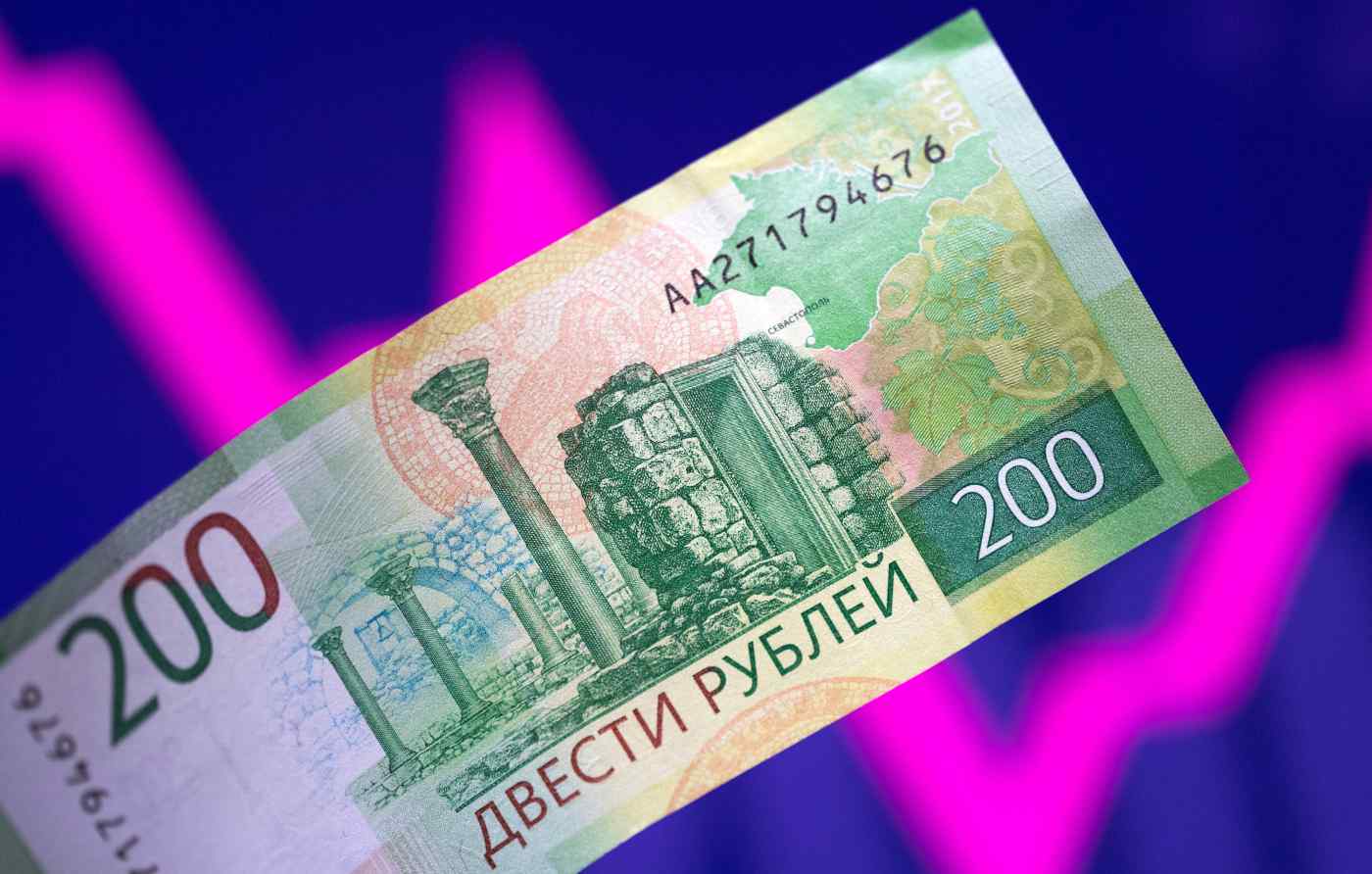 Russia's ruble and stocks rallied on March 24, helped by belief among market players that the government will intervene to support markets in the country in the wake of Western sanctions.   © Reuters
March 24, 2022 18:26 JSTUpdated on March 25, 2022 04:36 JST | Russia & Caucasus
CopyCopied

(Reuters) -- Energy and metals firms led a jump in Russian stocks on Thursday as trading resumed after almost a month's suspension, reflecting soaring global prices for oil, gas and other commodities on fears the Ukraine crisis will threaten supply.

The market was also underpinned by a government commitment to support stocks, leading a senior U.S. official to dismiss the limited resumption of trading as a "a charade: a Potemkin market opening".

Stocks had not traded on Moscow's bourse since Feb. 25, the day after President Vladimir Putin sent troops into neighboring Ukraine, prompting Western sanctions aimed at isolating Russia economically and then Russian countermeasures.

The reaction has cut off Russian financial markets from global networks and sent the ruble currency tumbling. Stocks had also plunged immediately after Moscow launched what it calls "a special military operation" to disarm and "denazify" its southern neighbor.

Restrictions on trade with foreigners and a ban on short selling remained in place on Thursday as the Moscow Exchange cautiously resumed equities trading. On Friday, more securities, including corporate bonds and Eurobonds will be traded, the central bank said.

"We will do everything possible to open all segments of the stock market soon," Boris Blokhin, head of Moscow Exchange's stock market department, said.

Brent crude oil, a global benchmark for Russia's main export, was trading near $120.6 per barrel on Thursday, having jumped more than 20% from a month ago as worries about supply disruptions from the Ukraine crisis drive up prices. O/R

Novatek and Nornickel pared losses sustained since before Feb. 24 by the session's close. Fertilizer producer Phosagro closed at a record high.

"Large bids to buy Russian shares have been seen since the market opening," BCS Brokerage said in a note, adding that a promise Russia's rainy-day fund will buy shares was also underpinning the market.

"The overall sentiment is supported by the confidence that the finance ministry will buy stocks," BCS said.

The government said on March 1 that it would use up to 1 trillion rubles ($10.4 billion) from the National Wealth Fund to buy battered Russian stocks, although it was not clear whether any purchases were being made on Thursday.

The finance ministry did not immediately respond to a request for comment.

"This is not a real market and not a sustainable model -- which only underscores Russia's isolation from the global financial system," deputy White House national security adviser Daleep Singh said in a statement.

Trading in Russian companies listed on the London Stock Exchange remains suspended. Prices of some instruments had plunged to almost zero before the bourse halted trading of them in early March.

The Moscow Exchange said 567,000 private investors had accounted for 58.2% of Thursday's trading volume, with 121 professional participants conducting the remainder.

"Today the first step was made in our new reality," said Elbek Dalimov, head of equity trading at Aton brokerage, adding that trading orders were limited with non-residents, who hold more than half the free float on the market, sidelined.

"In the morning we saw a huge number of retail investors who on the one hand were closing short positions and on the other were ready to park their rubles in shares, so as to somehow save them from inflation," he said.

The dollar-denominated RTS index fell 9% on the day to 852.64, pressured by the weaker ruble, according to MOEX data that was suspended in the Eikon terminal.

The negative impact of sanctions was clear in some sectors, with shares in Russia's second-largest lender VTB down 5.5%. And with most European airspace closed to Russian planes, flagship carrier Aeroflot sank 16.44%.

The ruble meanwhile extended its recovery, gaining 1.3% to trade at 96.50 against the dollar in Moscow trade by 1502 GMT.

The currency had hit its strongest level in three weeks at 94.975 on Wednesday after Putin said Russia would start selling its gas to "unfriendly" countries in rubles.

Russia resumed trading of OFZ treasury bonds on Monday with the central bank helping to stabilize the market with interventions, the amount of which it has not yet disclosed.

Yields of benchmark 10-year OFZ bonds, which move inversely to their prices, stood at 13.68% after hitting an all-time high of 19.74% on Monday.