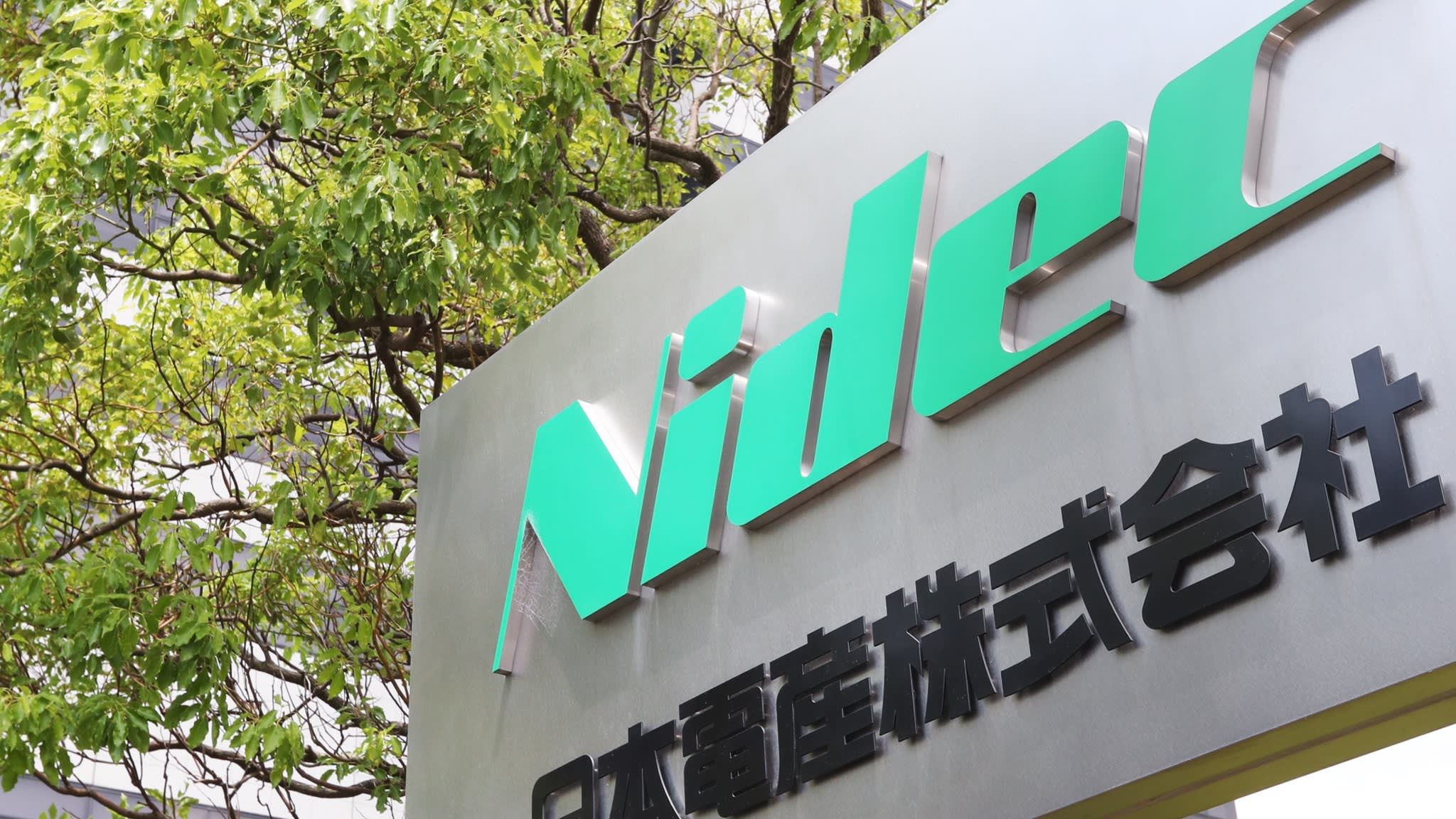 TOKYO -- Japanese stocks rebounded on Friday, defying fears of Nidec's earnings downgrade fueling a broad sell-off, but a possible easing of trade tensions between Beijing and Washington has not dispelled China-related worries looming over the upcoming earnings season.

Prior to this, Japan market watchers' attention had been focused on Nidec cutting its full-year operating profit forecast Thursday by more than 25% to 145 billion yen ($1.32 billion). The move was accompanied by grim comments from Chairman Shigenobu Nagamori, who remarked on an "extraordinary" drop in Chinese demand that he had never seen in the motor manufacturer's 46 years.

Investors had braced for the downgrade to send tremors through related stocks. "This isn't a phenomenon that's isolated to Nidec -- it's negative for export-related companies overall," said Hiroharu Watanabe of SMBC Nikko Securities.

Taiwan Semiconductor Manufacturing Co., the world's largest chip foundry, sank as much as 1.4% after announcing that its operating profit for the three months ending March 31 will decline more than 20% on the year. October-December earnings slightly outperformed analyst forecasts, with net profit up 0.7% on the year at 99.9 billion New Taiwan dollars ($3.24 billion). TSMC and Nidec are key Apple suppliers.

But on the whole, investor fears proved groundless, at least for Friday. Nidec itself plunged 8% soon after the market opened but ultimately made up most of this lost ground and ended the day down just 1.1%.

The performances of other exporters with heavy China exposure were mixed. Selling did spread to Nidec's fellow motor manufacturers, with MinebeaMitsumi and Mabuchi Motor falling 2.6% and 0.6%.

By contrast, robot maker Fanuc and Hitachi Construction Machinery each gained well over 2%. Some gainers are among the many companies that took a beating in the stock market in 2018, losing nearly 40% of their value, but have begun to recover in the new year.

The market's seeming nonchalance may not last long. With October-December earnings reports set to start pouring in next week, investors are on alert for more downward revisions like Nidec's.

Nomura Securities' revision index for nonfinancial companies' earnings for the fiscal year ending in March, a barometer of analyst expectations, came to minus 30.2 as of Thursday, indicating that downgrades are forecast to far exceed upgrades. In particular, earnings are deteriorating in industries with high exposure to China, such as machinery and chemicals.

The concern is that Japanese companies will be among the first casualties of the Sino-American trade war. Japan generates nearly 16% of added value in products shipped by China to the U.S., more than South Korea's 9% and Taiwan's 7%, according to data from Asset Management One.

"Japanese businesses will be particularly hard-hit by a slump in Chinese exports," said Kozo Koide, chief economist at the Tokyo-based company.

Even beyond the trade war, which is likely to take some time to resolve, there is no shortage of sources of uncertainty, including the partial U.S. government shutdown and the U.K. government's deadlock over its impending exit from the European Union.

"Japanese equities will probably be top-heavy until it's confirmed how bad October-December earnings are," said Keita Kubota of Aberdeen Standard Investments.