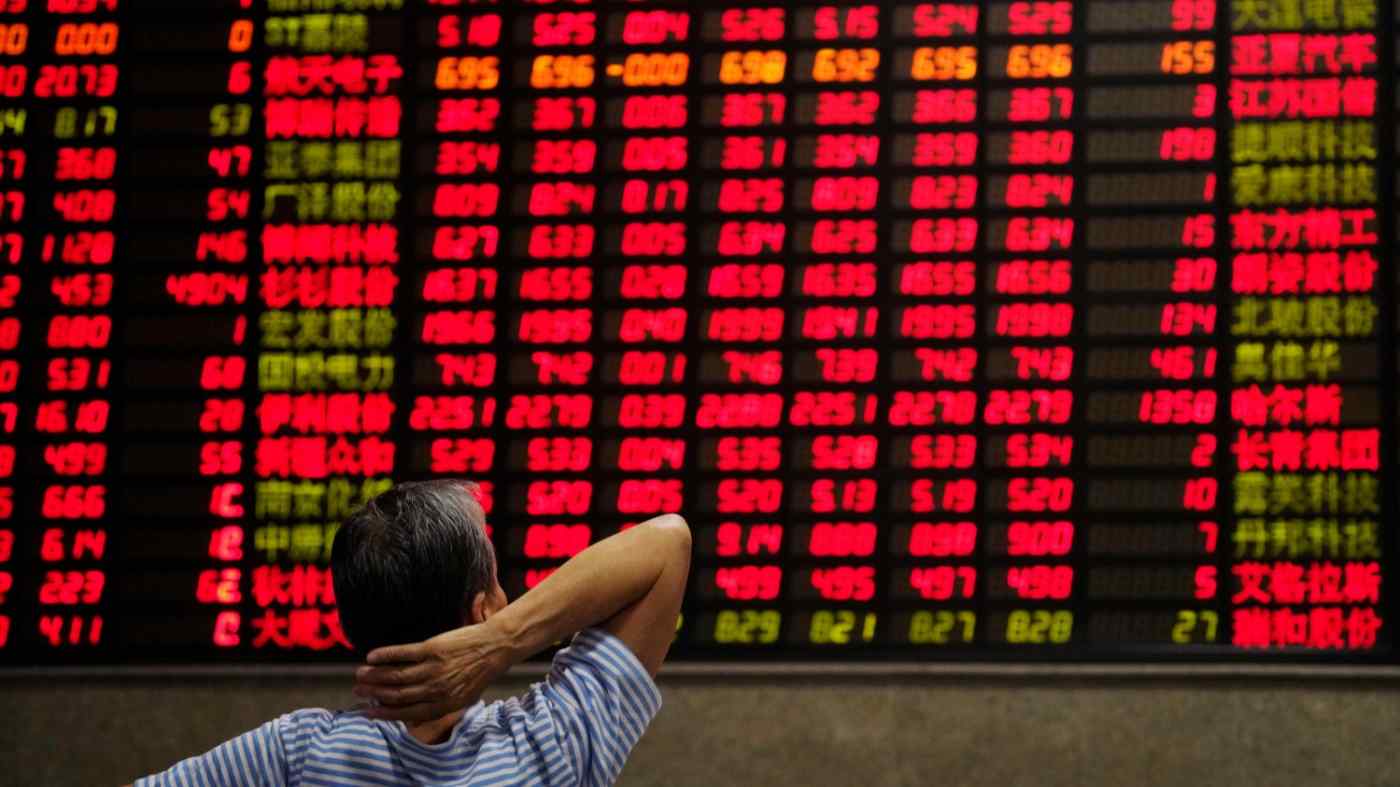 Moves to encourage a roster of major domestic corporations to list at home are adding to investor excitement, as is government cheerleading.

"Experts say that outstanding policy agenda against the novel coronavirus is the driving force behind the economic resilience and the bull market," said an analyst on state broadcaster CCTV on Monday, talking about the nearly 6% gain on the Shanghai Composite that day.

Major Chinese investment bank Guotai Junan Securities, where the analyst hailed from, had just released a report placing the target price for the Shanghai Composite at 3,500 points. Most market players interpreted that as an obvious signal that government authorities recommend purchasing equities.

The Shanghai Composite followed up Monday's finish by topping 3,400 points on Tuesday. Initial public offerings have also drawn investors to the market.

On an online message board populated by retail investors, this month's upcoming float by Semiconductor Manufacturing International Corp., China's largest chipmaker, dominated the topic of discussion.

One posting said SMIC is destined for a strong stock market debut since its offer price of 27.46 yuan ($3.90) is lower than the current price of 36 Hong Kong dollars ($4.64) in Hong Kong's stock market.

Another poster has their eye on purchasing shares of companies and mutual funds that have invested in SMIC.

Amid trade and technological frictions against the U.S., the Chinese government has poured capital into the semiconductor industry. There is no shortage of reasons for buying SMIC.

But due to the demand, a typical retail investor faces slim odds of successfully snagging any SMIC shares in the offering. Instead, retail investors have clamored to companies and mutual funds that hold stakes in SMIC.

But the rise in asset values has all the hallmarks of a bubble. "The market mood has started to resemble that of 2015," said a veteran market player, referring to the year that China saw a stock market bubble collapse.

Though Hong Kong's Hang Seng Index closed lower Tuesday, it is still at a high not seen since March. The Chinese currency has strengthened to 7 yuan per dollar.

All the while, the Communist Party led by President Xi Jinping has pushed forward multiple measures to soften the blow of the Hong Kong national security bill to the financial markets.

China's second largest e-tailer JD.com and game developer NetEase -- both trading on the Nasdaq -- double listed in Hong Kong last month. The floats drew investor funds from across the globe.

Geely Automobile Holdings plans to list on the Shanghai's STAR market, China's answer to Nasdaq. Unlike Hong Kong, offer prices on the mainland tend to be quoted lower to spur demand among investors.

Financial authorities have previously loosened some margin trading rules. Screening processes to list on the Shenzhen market have been streamlined as well.

Policies designed to mitigate the impact of the COVID-19 pandemic have provided a tailwind. Stock prices tumbled in February and March, but the Politburo intervened with monetary easing actions.

The overnight Shanghai Interbank Offered Rate, or Shibor, dropped to the 0.7% range in April, the lowest level since the rate started calculations in 2007.

Financial authorities were compelled to boost lending to banks, and a portion of the extra liquidity ended up in the stock market.

Measures on the fiscal front have also been unleashed. The National People's Congress in late May decided to expand spending by 3.6 trillion yuan. Local governments and their affiliated state-owned enterprises have started issuing debt that will finance these efforts.

The dual monetary and fiscal efforts have yielded results. China's economy shrank 6.8% during the first calendar quarter. The economy likely rebounded by 1.1% during the second quarter, according to a survey of economists conducted by Nikkei and Nikkei Quick News. This has resulted in both higher stock prices and a stronger yuan.

The upswing in the stock market works out well for state-owned enterprises looking to raise funds. On the other hand, there are signs that the bull run has shot past fundamentals . Kweichow Moutai, the maker of baijiu liquor, now has a market value nearly 50% larger than Toyota Motor.

When the 2015 bubble burst, the Shanghai Composite crashed 40% from its peak in less than three months. Some have raised alarms over the current sharp increases in share prices.