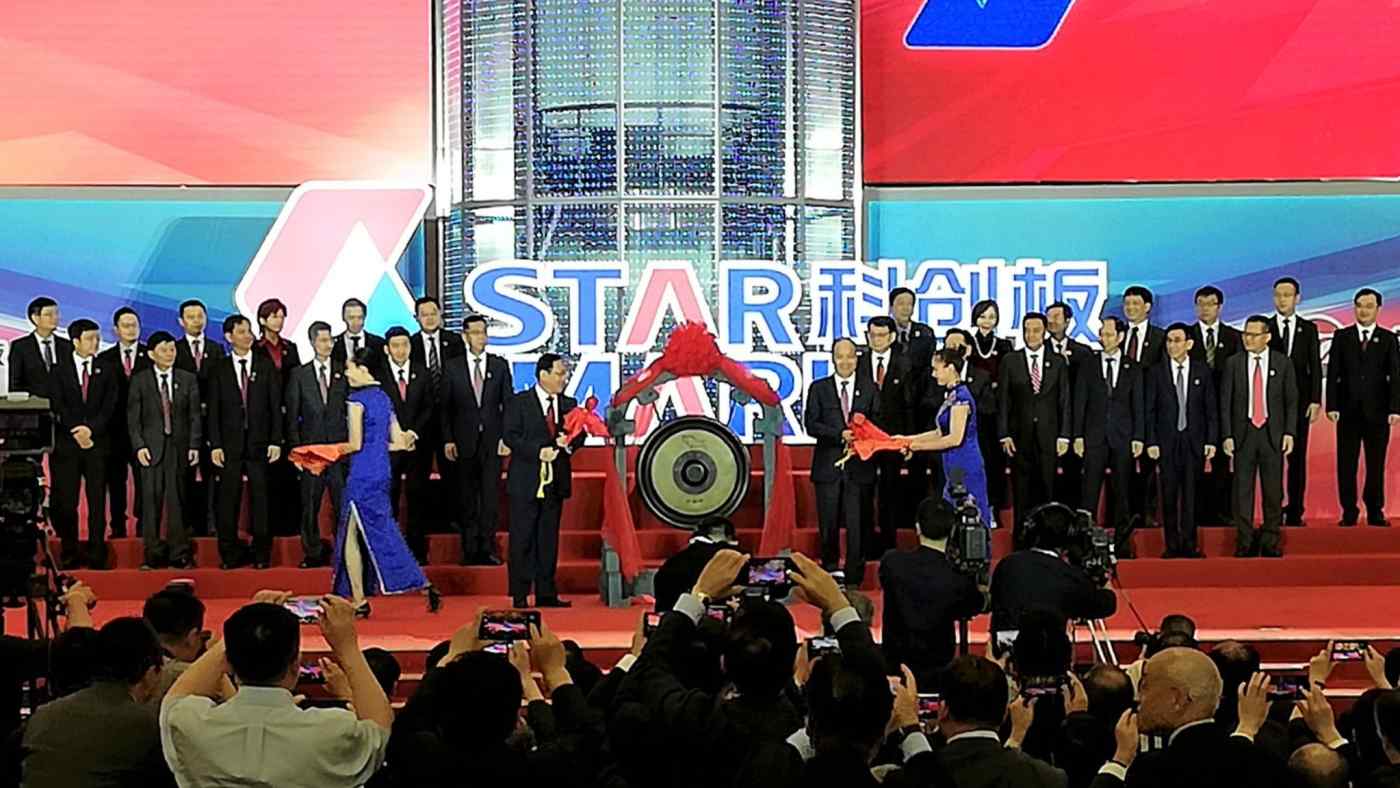 SHANGHAI -- An index tracking China's year-old STAR market debuts Thursday, as the tech-oriented bourse aims to lure a broader range of investors as well as companies leaving or skipping Wall Street amid Beijing's escalating tensions with the U.S.

The Shanghai Stock Exchange will publish the index tracking 50 issues on the market, formally called the Science and Technology Innovation Board, a day after the bourse's one-year anniversary. The component stocks were picked based on liquidity and market capitalization, and will be reviewed quarterly.

The launch highlights a bright turnaround for the Nasdaq-like STAR market. An attempt to debut its index was scrapped last autumn due to weak performances of listed companies, which were mostly midsize businesses and startups.

The turnaround was prompted by a push to get large-cap stocks on board, including chip foundry Semiconductor Manufacturing International, or SMIC. A recent surge in the broader market has also spurred a strong inflow of money to STAR, boosting the combined market cap among its 140 listings to nearly 2.8 trillion yuan (nearly $400 billion).

Tensions between Beijing and Washington have trickled into the capital market. With President Donald Trump's administration cracking down on issues tied to U.S.-listed Chinese companies, China is developing the STAR market into a destination comparable to the Hong Kong Exchange.

STAR, which includes numerous military-oriented businesses, is winning the hearts of high-profile companies.

Artificial intelligence chipmaker Cambricon Technologies went public there this week, and Ant Group, the fintech unicorn affiliate of Alibaba Group Holding, has unveiled plans for a dual listing in Hong Kong and the STAR market. These exchanges also are expected to serve as the new homes for Chinese companies delisting from New York, notably online classifieds 58.com and car comparison website Bitauto.

Overheating represents one concern, as STAR's price-to-earnings ratio flirts with 100. An exchange-traded fund linked to the bourse's new index is expected to be offered by an asset management company, while securities authorities plan to add STAR to the Stock Connect trading framework linking Hong Kong and mainland markets. The aim is to draw a wider range of investors to minimize the risk of wild fluctuations.