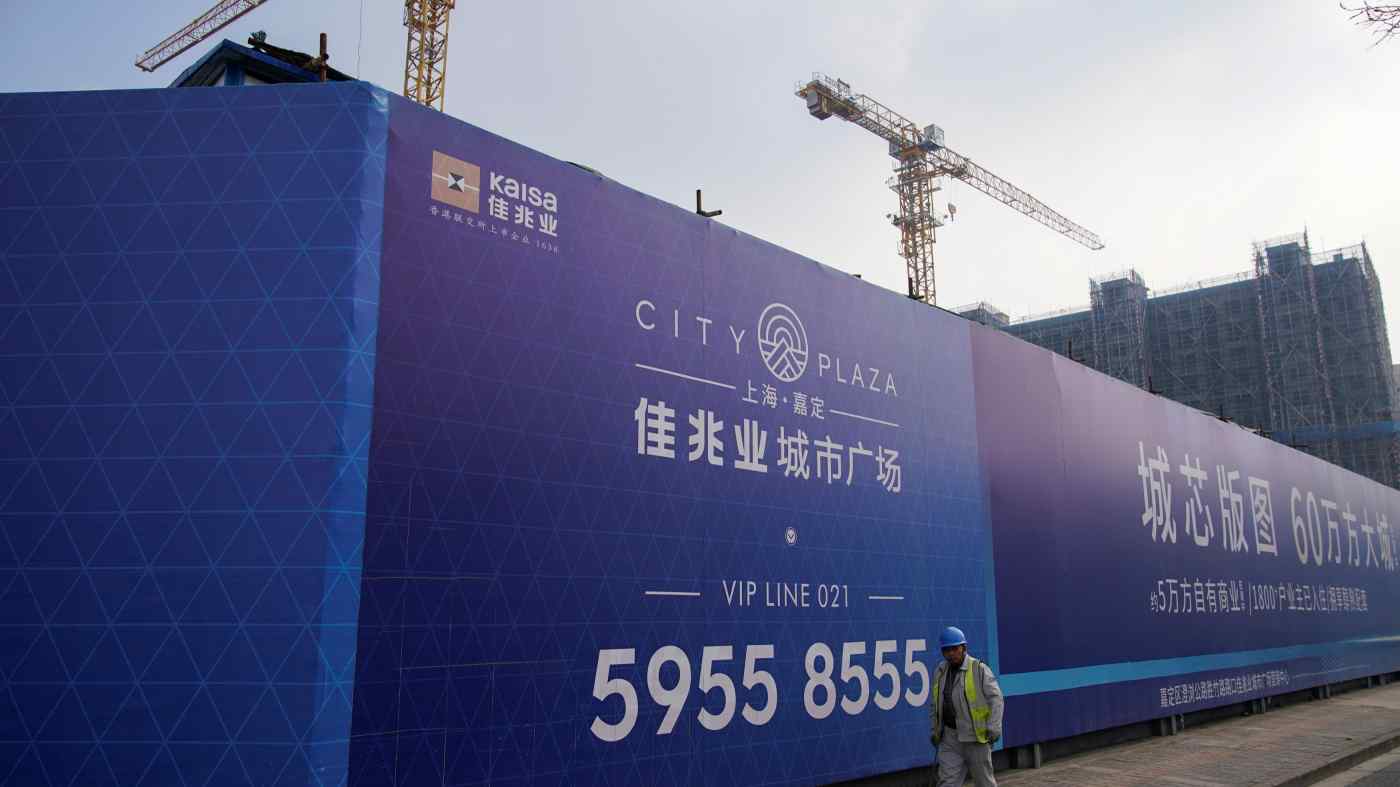 HONG KONG -- The Hong Kong Stock Exchange suspended trading in the shares of 32 companies on Friday after they missed the bourse's deadline the previous day to submit their annual financial results.

Many of those caught in the exchange's net were Chinese property developers, particularly those which have been declared in default on their debts or which appear likely to default soon. This group included Kaisa Group Holdings, China Aoyuan Group, Sunshine 100 China Holdings, Fantasia Holdings Group and Modern Land China.

These companies have been struggling to meet demands for information from their auditors, a task complicated by previously undisclosed debts, pandemic travel restrictions and disagreements over fees.

Guangdong Province-based China Aoyuan, for example, said last week that it "needs more time to assess the potential provision for impairment which may have a significant impact" on its results. Deloitte Touche Tohmatsu resigned as the company's auditor in late January in a dispute over additional charges to cover extra procedures.

HKEX hopes "to keep the period of any trading suspensions to as short as is reasonably possible," a spokesperson said.

In response to Agile Group Holdings' delayed results, S&P Global Ratings cut the company's debt score two notches to B- and put it on watch for further downgrades, saying Agile's move "indicates its weak reporting, governance, and risk management." It then said it had withdrawn its rating on Agile's request.

HKEX allowed 192 other companies' stocks to stay in play under a special pandemic rule adopted two years ago that excuses those which release unaudited results by the deadline. Several Chinese developers including Yuzhou Group Holdings, Ronshine China Holdings and Guangzhou R&F Properties took advantage of this exception.

A year ago, 57 companies were suspended from trading for missing deadline while just 27 used the exception for unaudited figures.

"We believe a failure to produce timely audited results is, in general, a signal of potential corporate governance and financial transparency issues, particularly when associated with a resignation or change of auditor close to reporting deadlines," said Fitch Ratings analyst Adrian Cheng.

"Audit problems may be a signal that increases the wariness of potential lenders about [the companies'] debt-repayment capacity, discouraging them from extending further loans," he said. "This can crystallize potential financing problems and increase the risk of default." 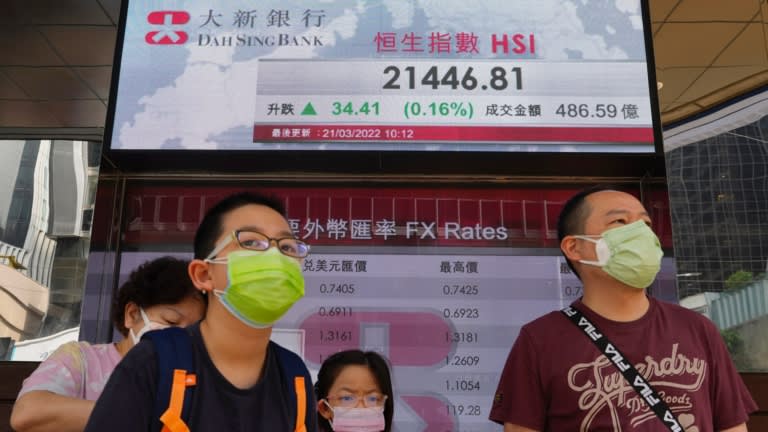 HKEX allowed 192 companies’ stocks to stay in play under a special pandemic rule that excuses those which release unaudited results by deadline.   © AP

Some troubled developers, including China Evergrande Group and Sinic Holdings Group, were already suspended from trading before Friday.

For some developers, rating agency downgrades were another factor in their delayed results. Sunac China Holdings, for example, said on Monday that it would miss the HKEX deadline in part because recent downgrades had raised complications with its offshore loans.

The company warned last week that it would likely report a 2021 net profit 85% below year-before levels due to investment losses, weak sales, squeezed profit margins, losses on receivables and impairment charges on its property inventory.

Yu Liang, chairman of China Vanke, the country's largest developer by 2021 contracted sales value, said Thursday that he believes a turn in government policy toward the sector will revive sentiment.

"Various departments in various places are continuously presenting various policies to stabilize the [property] market," he said at the company's annual results presentation. "I have full confidence in the policies."

Analysts from Nomura are not so sure. "Although local governments continue to ease some local property curbs, the pace appears moderate, and we continue to believe Beijing will stick to most of its major property curbs," they wrote on Friday.