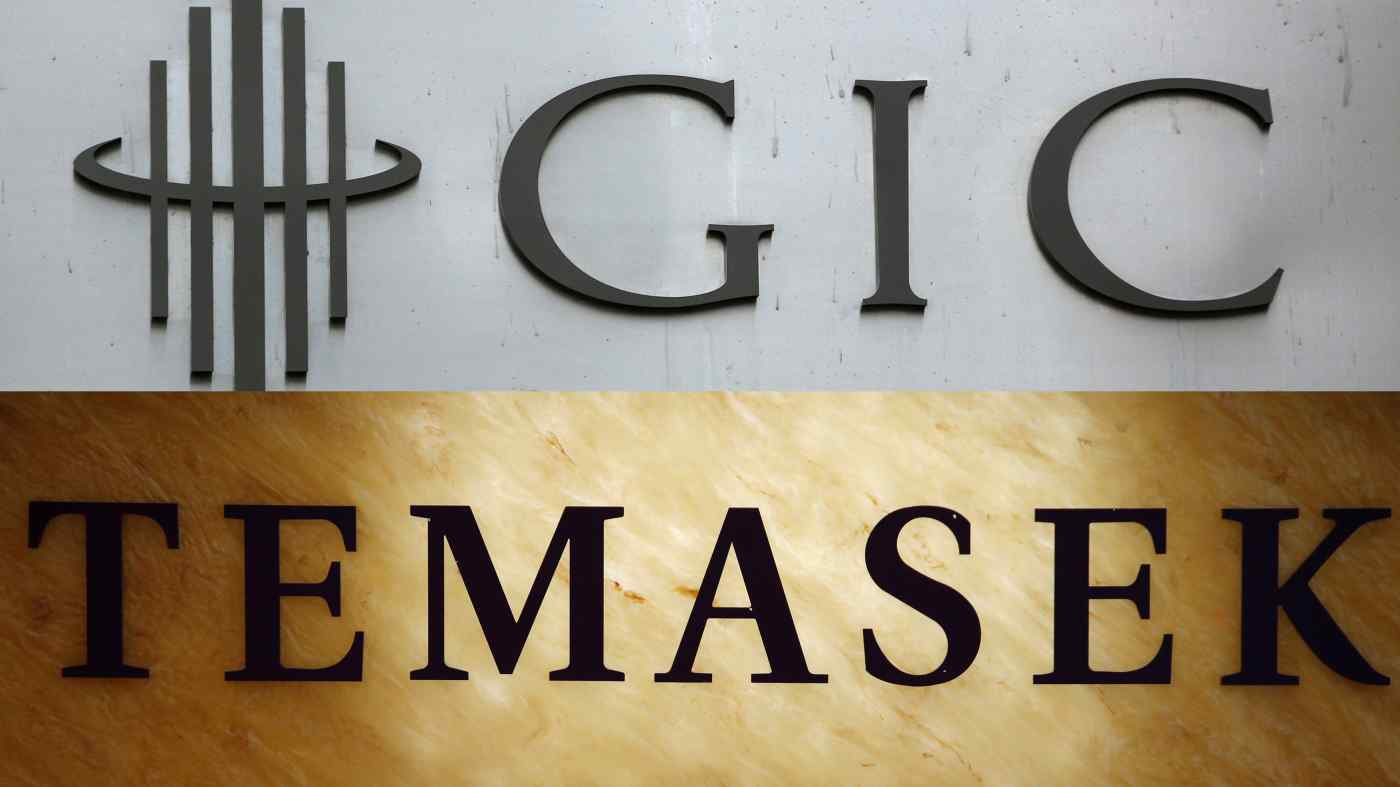 SINGAPORE -- Singapore government funds GIC and Temasek Holdings, both among the world's biggest institutional investors, have become more cautious about the prolonged impact of the COVID-19 pandemic and its effect on the investment landscape.

Both funds have reported their lowest performance in years, and say they will build more risk-resilient portfolios while seeking new opportunities.

GIC, which does not release one-year performance figures, reported on Tuesday an annualized 20-year real rate of return of 2.7% -- down from 3.4% the previous year -- marking the worst showing for that metric since 2009 during the global financial crisis.

The company largely blamed the decline on the tech-bubble return in the late 1990s dropping out of the 20-year window, rather than the recent drawdown of global markets.

Though GIC does not disclose its total asset size, its portfolio reveals a defensive stance taken in the last fiscal year. It increased nominal bonds and cash to 44% of its asset mix as of March 31 from 39% a year ago, while reducing emerging market equity from 18% to 15% during the same period.

"The global health and economic outlook remains challenging. In this environment, GIC continues to proactively seek opportunities that will generate good long-term risk-adjusted returns, as well as ensure that the total GIC portfolio remains resilient to uncertain outcomes," he added.

In its performance report released on the same day, GIC noted that the pandemic "accelerated several shifts that could shape the global investment landscape going forward."

Among these are U.S.-China tensions, describing them as "a significant headwind." The company noted that "There could be further restrictions related to technology, with the U.S. already excluding Chinese firms from its Information and Communications Technology supply chains, and limiting China's access to U.S.-origin technology and materials." 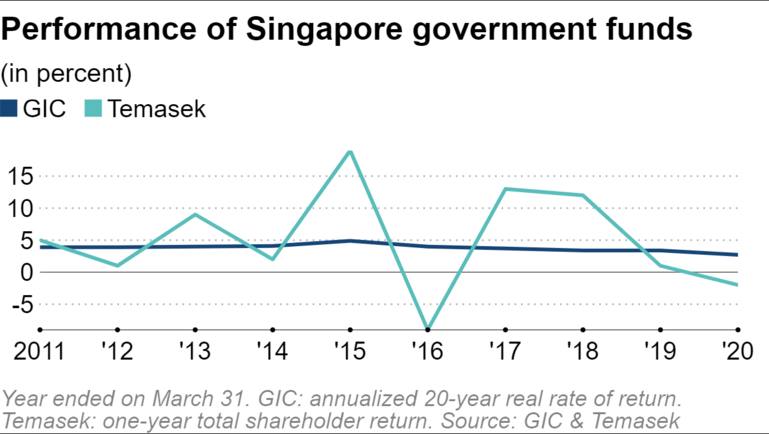 GIC has investments in over 40 countries, according to the company, with the U.S. accounting for 34%, Asia 32% and the U.K. and EU zone 19%. The company said that Asia will outperform over the long term due to underlying trends such as urbanization and a burgeoning middle-class.

Another change in the investment landscape GIC noted is that industry consolidation will increase amid the prolonged crisis, as investors are showing "strong preference for companies with more resilient balance sheets and business models."

Meanwhile, Temasek revealed in its preliminary performance report last week that the annual return for the year ended March 31 was minus 2.3%, down from the previous year's 1.49% and the lowest since 2016. The net portfolio value declined about 2% to 306 billion Singapore dollars ($220 billion).

"The market rebound we've seen in recent weeks should be viewed with caution," Temasek International CEO Dilhan Pillay said in a video message.

Pillay also commented in a written statement that "Rising geopolitical and trade tensions, as a result of increasing nationalism and protectionism, will create more uncertainties for long-term investors and asset owners. These uncertainties are now exacerbated by the immediate, as well as longer-term, impact of COVID-19."

Noting that some investors would shift to other areas like digitalization and health care, both of which are seeing rising demand as the pandemic has changed work styles, Pillay said his company will "aim to build a resilient portfolio as a long term investor."

Temasek is a major shareholder in the city-state's key companies, such as Singapore Airlines, Singapore Telecommunications and DBS Group Holdings. As such it had 26% of its portfolio in Singapore, and another 40% in the rest of Asia as of March last year.

Temasek is expected to release a detailed performance for the latest year in September.