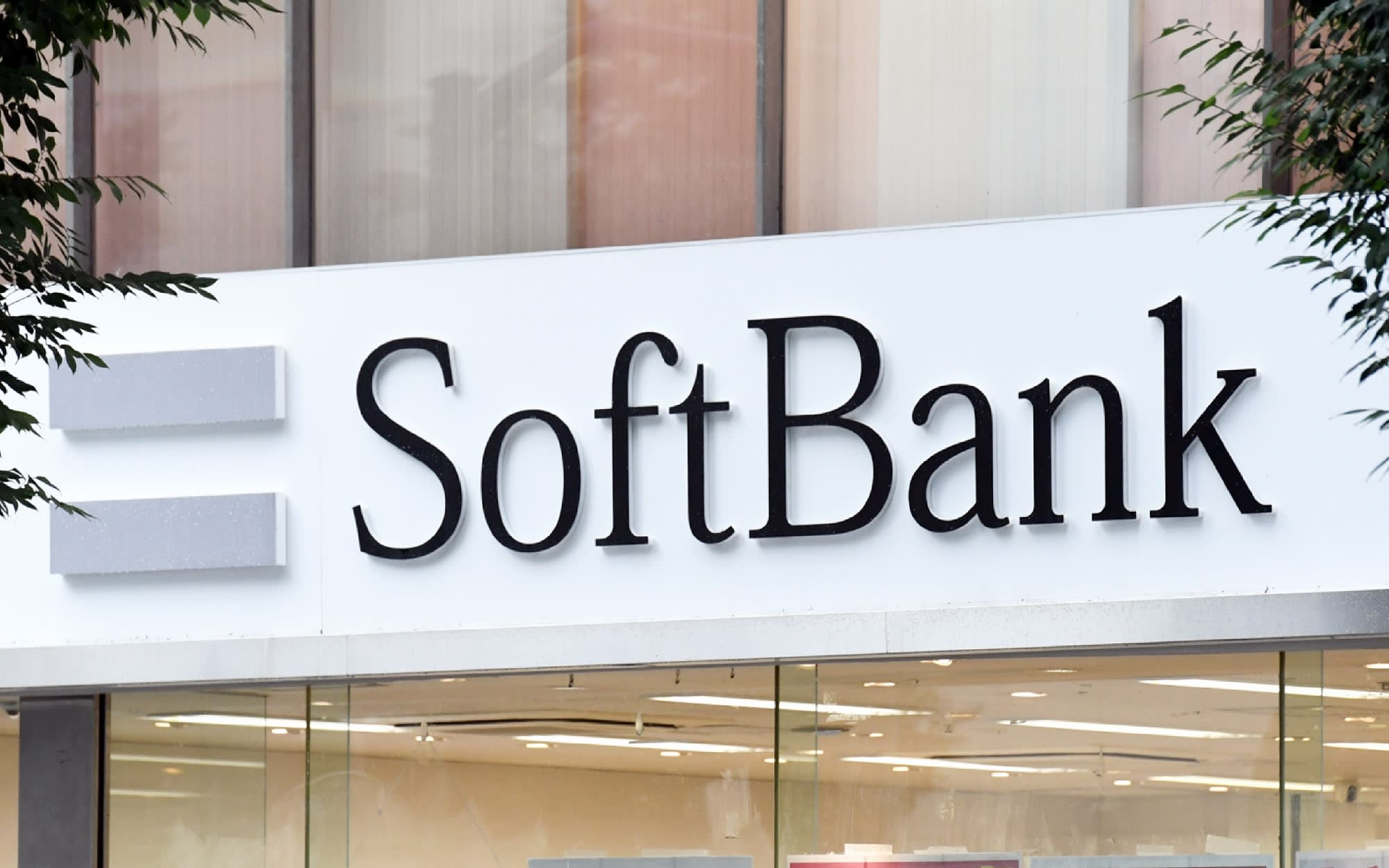 TOKYO -- Toshiba and SoftBank Group ranked atop Japanese companies with huge cash holdings as of June, with a memory unit sale boosting the balance at the machinery maker and debt offerings replenishing the reserves at the investment conglomerate.

Toshiba logged an increase of $13.3 billion to $17.9 billion in cash on hand over a year through the end of June thanks to proceeds from selling off the memory chip unit.

SoftBank saw the balance rise $12.9 billion to $24.5 billion. The company issued hybrid bonds following a drop in its cash holdings a year ago from big investments.

Yahoo Japan booked an increase of $8.04 billion to $12.5 billion. Brisk revenue from internet advertising and the addition of online bank company Japan Net Bank to group earnings lifted the balance. 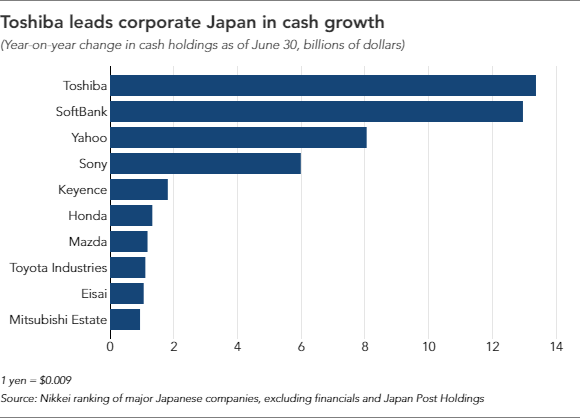 Keyence saw an increase of $1.81 billion as its sensors and other products sold briskly in greater Asia and elsewhere as clients invested heavily in automation equipment.

Honda Motor's cash rose by $1.32 billion, much of it attributed to earnings in China.

Shareholders do not want to see companies just sit on piles of cash and instead demand strategic investment or stock buybacks.

Toshiba announced in June a stock repurchase of $6.29 billion. Yahoo Japan has bought back $1.97 billion in shares.

Mitsubishi Estate, whose cash increased by $942 million to $5.67 billion, plans to use the money for such projects as redeveloping areas around Tokyo Station.