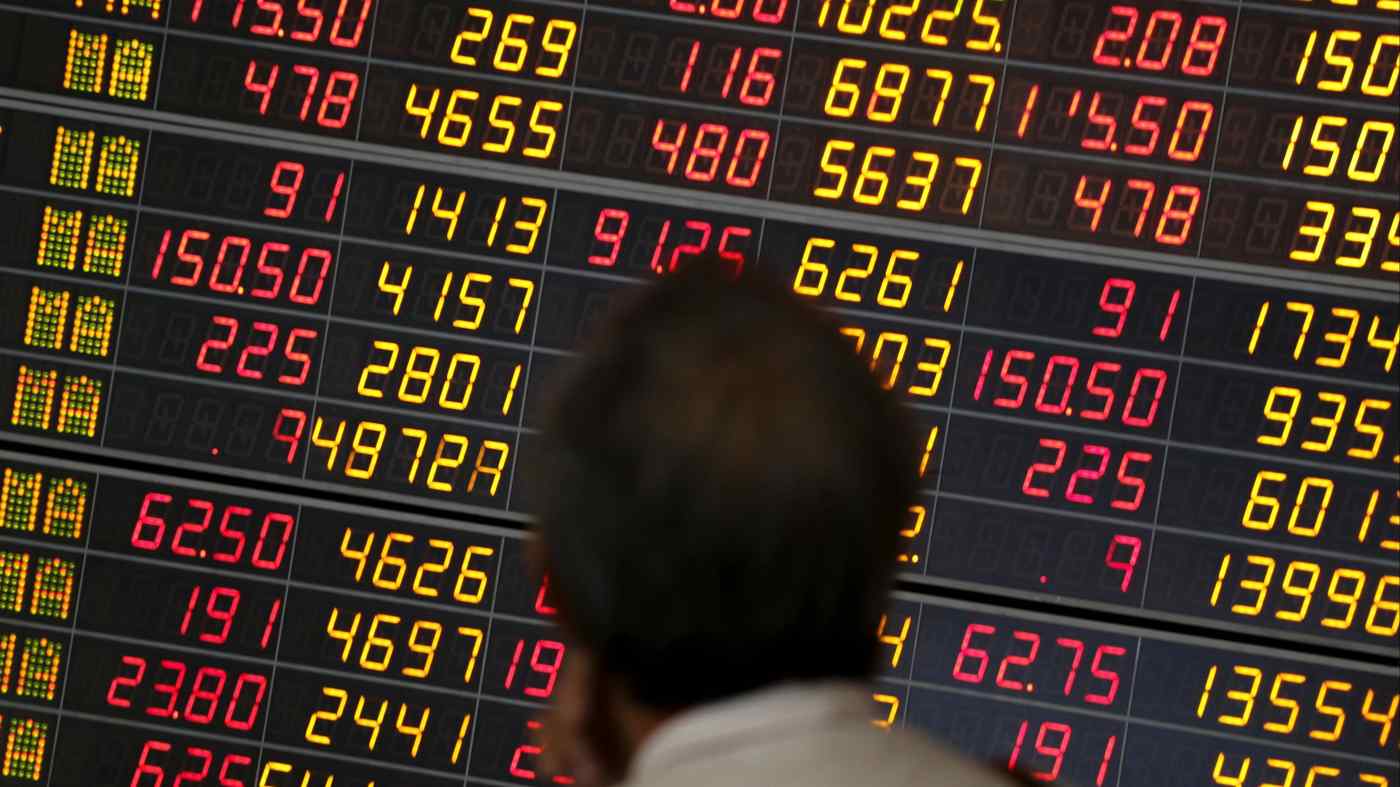 SINGAPORE/BANGKOK -- Stock markets in Southeast Asia nose-dived Monday, with some energy stocks losing a third of their value after oil prices plummeted, worsening a slump already triggered by the coronavirus outbreak.

Thailand's benchmark SET index plunged 8% as energy-related shares suffered severe selling after Saudi Arabia said it would increase oil production to drive Russia and the U.S. out of the market, spurring fears of a price war. Benchmark Brent oil contract prices were off 22% Monday.

"The energy and resource sector is almost 30% of SET market cap, and the banking sector roughly accounts for 15%," said Stock Exchange of Thailand President Pakorn Peetathawatchai during an emergency news conference to explain the impact of the price fall.

"It still hasn't triggered our circuit breaker," Pakorn said, referring to the exchange's measures to halt trading during wild swings in the market. He declined to reveal the trigger point for the circuit breaker as he said it would only cause even more panic.

Tourism-related stocks, which had already fallen some 35% since January, on Monday marginally outperformed the benchmark, with national carrier Thai Airways International losing 6% and Airports of Thailand 5%.

The banking sector also suffered sharp falls as a large portion of their loan books are exposed to the energy sector. The city's largest lender DBS Group Holdings was down 8%, Oversea-Chinese Banking Corp. 7% and United Overseas Bank 7%.

"The collapse in oil prices should have a limited negative first-order effect on the loan quality of Singapore's three largest banks," according to Eugene Tarzimanov, a banking sector analyst at Moody's Investors Services in Singapore.

But he warned that "if low oil prices persist over a prolonged period, the banks will post higher nonperforming loans because of second-order effects, such as a further economic slowdown in Singapore and lower corporate earnings, on top of disruptions already caused by the coronavirus."

Margaret Yang, market analyst at CMC Markets, said: "This is the worst trading day for Singapore stock market in more than a decade. Investors are dumping everything, especially the offshore and marine and banking shares, which are badly hurt by the falling oil prices."

Yang said the "bearish sentiment" is likely to dominate in the short term as the coronavirus outbreak worsens globally.

The Bank of Thailand, the country's central bank, said it would "closely monitor" the global oil price and financial markets ahead of its monetary policy committee meeting on March 25. Thailand last month lowered its policy interest rate by 25 basis points to a record low of 1%, factoring in weak tourism numbers, given as the sector accounts for some 20% of the country's economy.

Indonesia's central bank is due to hold a governors' meeting next week, while Singapore's monetary authority will announce a policy statement in April.

"A market fallout of this magnitude is likely to dampen consumer sentiment, and thus prompt central banks and financial ministers to add stimulus measures," said Yang of CMC Markets. "The likelihood of a recession is on the course of rising, if stock markets continue to free fall in this way."