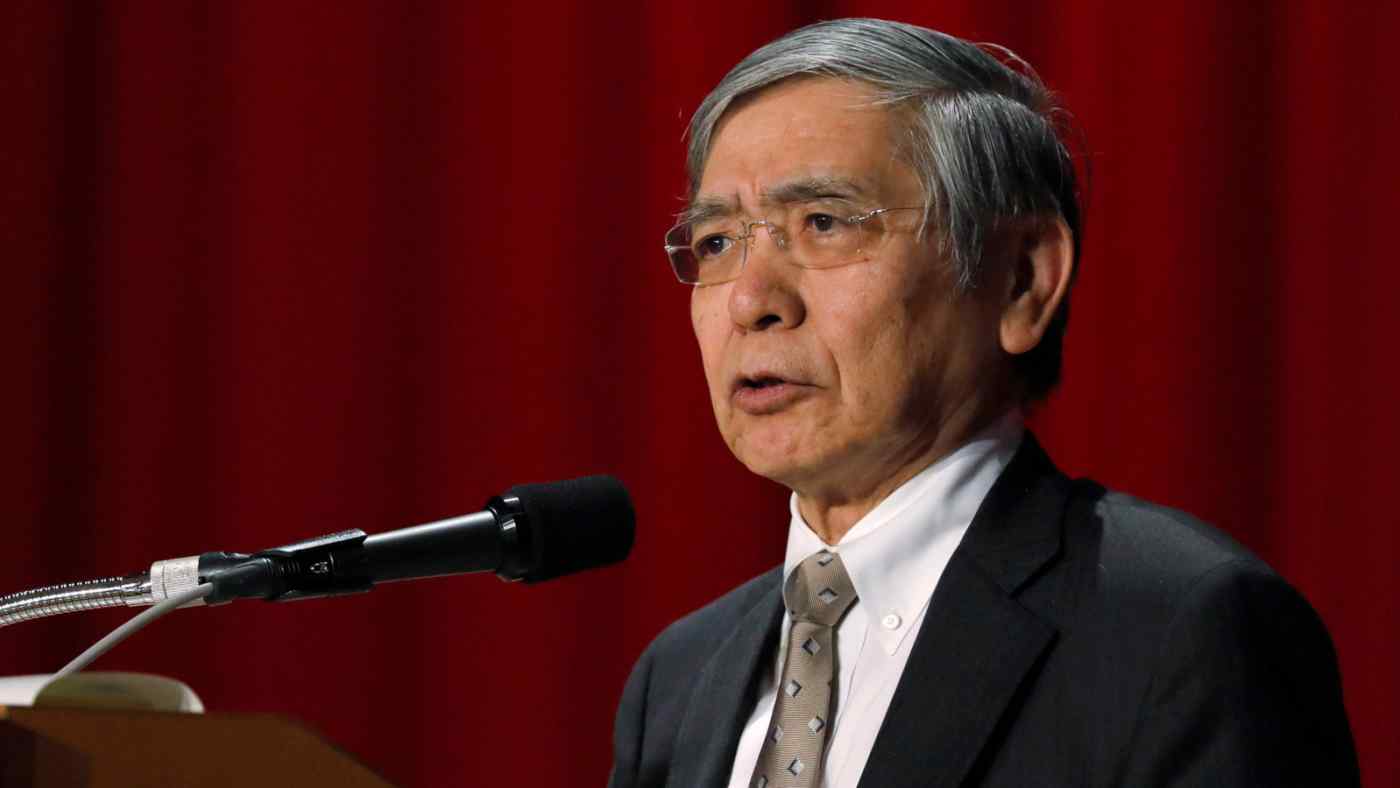 TOKYO -- Economists increasingly expect the Bank of Japan to adopt further monetary easing next year as tumbling stock prices worldwide jeopardize the central bank's road map for escaping deflation, but the BOJ has very few tricks still up its sleeve.

The Nikkei Stock Average closed Wednesday at 19,327 -- up 171 points from the previous session, but 4,943 points under the year-to-date high reached in October. The index even fell below 19,000 briefly during trading Wednesday.

"The stock market has continued to be somewhat unstable," BOJ Gov. Haruhiko Kuroda said in a speech Wednesday, citing "changes in perception of the various risk factors surrounding the global economy."

The turmoil within U.S. President Donald Trump's administration and surrounding the U.S.-China trade war has darkened the global economic outlook, raising concerns in the market.

"Unless stock prices stop sliding and the yen stops rising, the BOJ will have no choice but to engage in additional easing," Nomura Securities chief strategist Naka Matsuzawa said.

"With the global economy at a crossroads, the BOJ is unable to normalize its monetary policy and faces the question of how to handle additional easing," said Yoshimasa Maruyama, chief global economist at SMBC Nikko Securities.

Of the BOJ's six policy shifts under Kuroda, the quantitative and qualitative easing program launched in 2013 and its expansion in 2014 were designed to bring inflation closer to the bank's 2% target. But since introducing negative interest rates in January 2016, the focus of the policies has been to counter volatility in the stock and currency markets and stabilizing the economy.

The negative rates themselves followed an economic slowdown in China and a plunge in U.S. stock prices, which in turn had slashed the Nikkei index by about 3,000 points since the bank's previous policy meeting in December 2015. The Japanese currency at the time had also strengthened by as much as 5 yen against the dollar as investors sought safety.

Then in July 2016, the BOJ expanded its purchases of exchange-traded funds as the market roiled over the U.K.'s decision to leave the European Union. The bank worries that a protracted decline in stock prices boosts economic uncertainty, and that a strong yen hampers export-focused companies -- both setbacks to consumer prices.

The Nikkei index stood at 20,392 while the yen reached 111 against the dollar at the end of the BOJ's last policy meeting on Dec. 20. Both are moving in the opposite direction from what the bank wants.

Kuroda is open to further easing should conditions worsen. But with interest rates already in negative territory, few tools remain in his arsenal. Economists Ryutaro Kono of BNP Paribas and Takuji Aida of Societe Generale agree that the bank's only option is to buy more ETFs.

"In this somewhat complicated situation, what is required is to persistently continue with the current powerful monetary easing while taking account of both the positive effects and the side effects," he said.