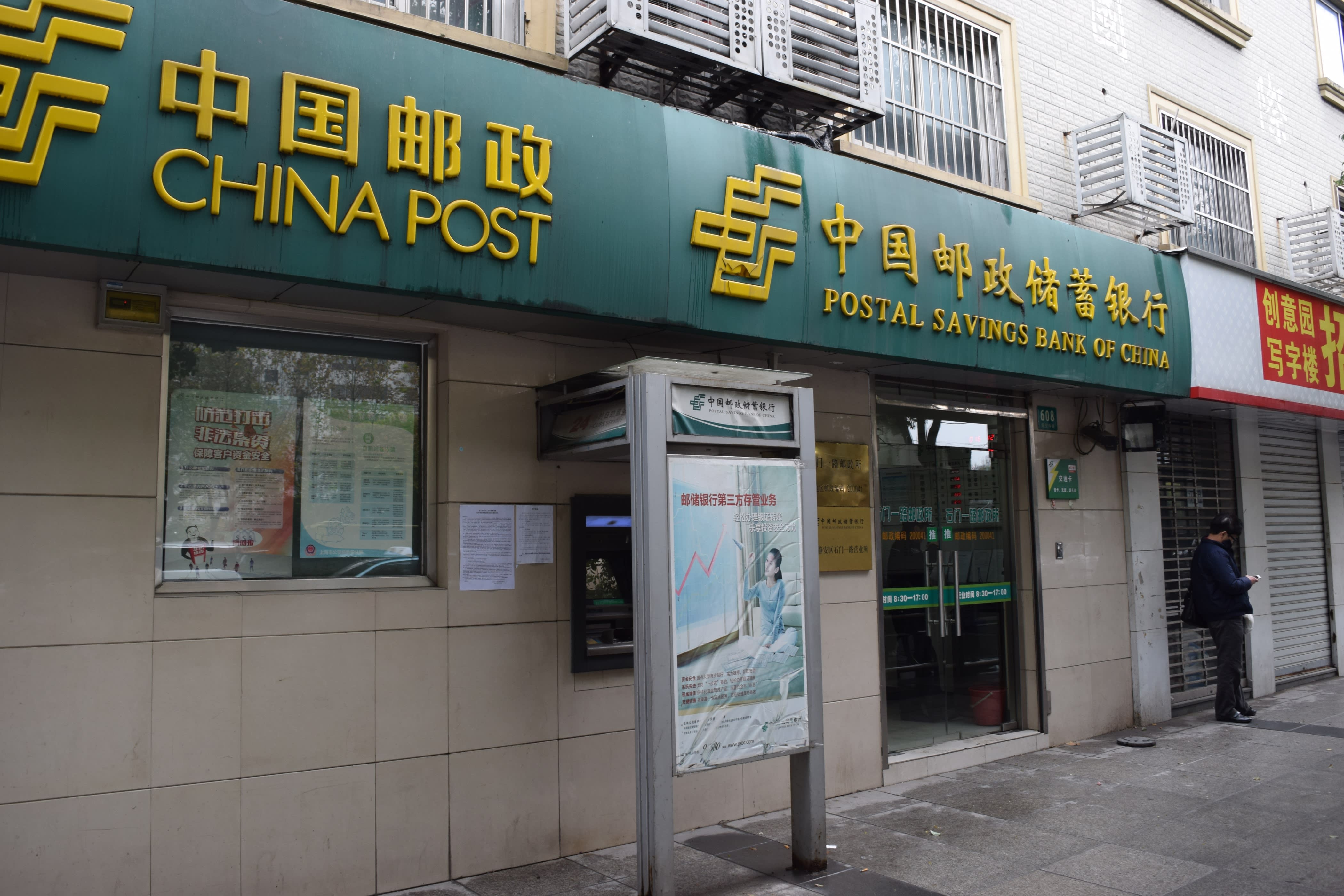 China Postal Savings Bank was the largest new issue and instrumental for Hong Kong to maintain the top IPO bourse in 2016. (Photo by Kenji Kawase)

HONG KONG As the global market for initial public offerings withered last year amid political turmoil on both sides of the Atlantic, Asia fared relatively well thanks to a flood of new share listings from mainland China. 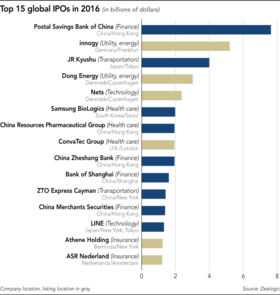 Buoying the Asian market was a flurry of listings in Shanghai, Shenzhen and Hong Kong, which together accounted for 63.7% of the funds raised in the region. State-owned Postal Savings Bank of China's $7.4 billion debut -- the world's biggest since Alibaba Group Holding's $25 billion flotation in New York in 2014 -- topped the global IPO table. Six of the largest 15 offerings were for Chinese concerns, including New York-listed ZTO Express, a Shanghai-based delivery company that works with big e-commerce players, such as Alibaba and JD.com.

Elsewhere in the region, Tokyo performed best despite having its worst year since 2013, raising a total of $9.6 billion, down 34% from the previous year. It hosted two of the largest 15 deals globally: the $4 billion sale of previously state-backed railway operator JR Kyushu and a $1.3 billion share issue by mobile messenger app developer LINE, which was also listed in New York. Both were priced at the top end of their marketed prices and saw first-day pops of 15% and 32%, respectively.

The IPO markets in most emerging economies were muted, except for India, which raked in $3.9 billion in 2016 against the backdrop of swifter regulatory approvals and strong foreign capital inflows. India's IPO market jumped 88.7% from the previous year in value terms.

The Philippines rebounded from the doldrums of the preceding two years. But even its biggest deal for 2016 and the third largest on record -- the $533 million flotation by the Philippine unit of Mexico's cement maker Cemex on June 30 -- saw its fundraising target slashed by more than a third in the aftermath of Britain's Brexit vote.

South Korea's performance was bolstered by Samsung BioLogics's $1.97 billion IPO in late October, as its affiliates struggled with product recalls and strikes.

In line with sluggish IPO markets elsewhere, Hong Kong, although it was the world's largest IPO market for the second year in a row, turned in its weakest performance in three years, raising 190.2 billion Hong Kong dollars ($24.5 billion) on the main board, down 26.6% on the year, according to accounting consultancy PwC.

The results would have been much more dismal had it not been for several huge trades by state-owned mainland financial services companies, frequently with the help of state-backed cornerstone investors. These investors generally agreed to a six-month lockup for sizable chunks of nominally public offerings. About 53% of the proceeds from Hong Kong's IPOs in 2016 were from such investors, up from 18% a decade ago, data from Dealogic shows.

Other factors that threaten Hong Kong's IPO crown include liquidity flowing to the U.S. as interest rates rise, and lofty valuations offered by China's A-share market. Mainland city commercial banks, which have traditionally preferred to list in Hong Kong, are increasingly turning to the domestic market to shore up their books as their bad loans mount. The strategy was partly endorsed by Chinese regulators, who are keen to bolster an economy growing at its slowest pace in 25 years.

Many observers are placing their hopes on fintech unicorns such as Alipay operator Ant Financial and Ping An Insurance's online wealth management platform Lufax to list in Hong Kong. But the underdeveloped tech investment culture in Hong Kong might push these deals to New York, which offers dual-class share structures, that entrepreneurs like.