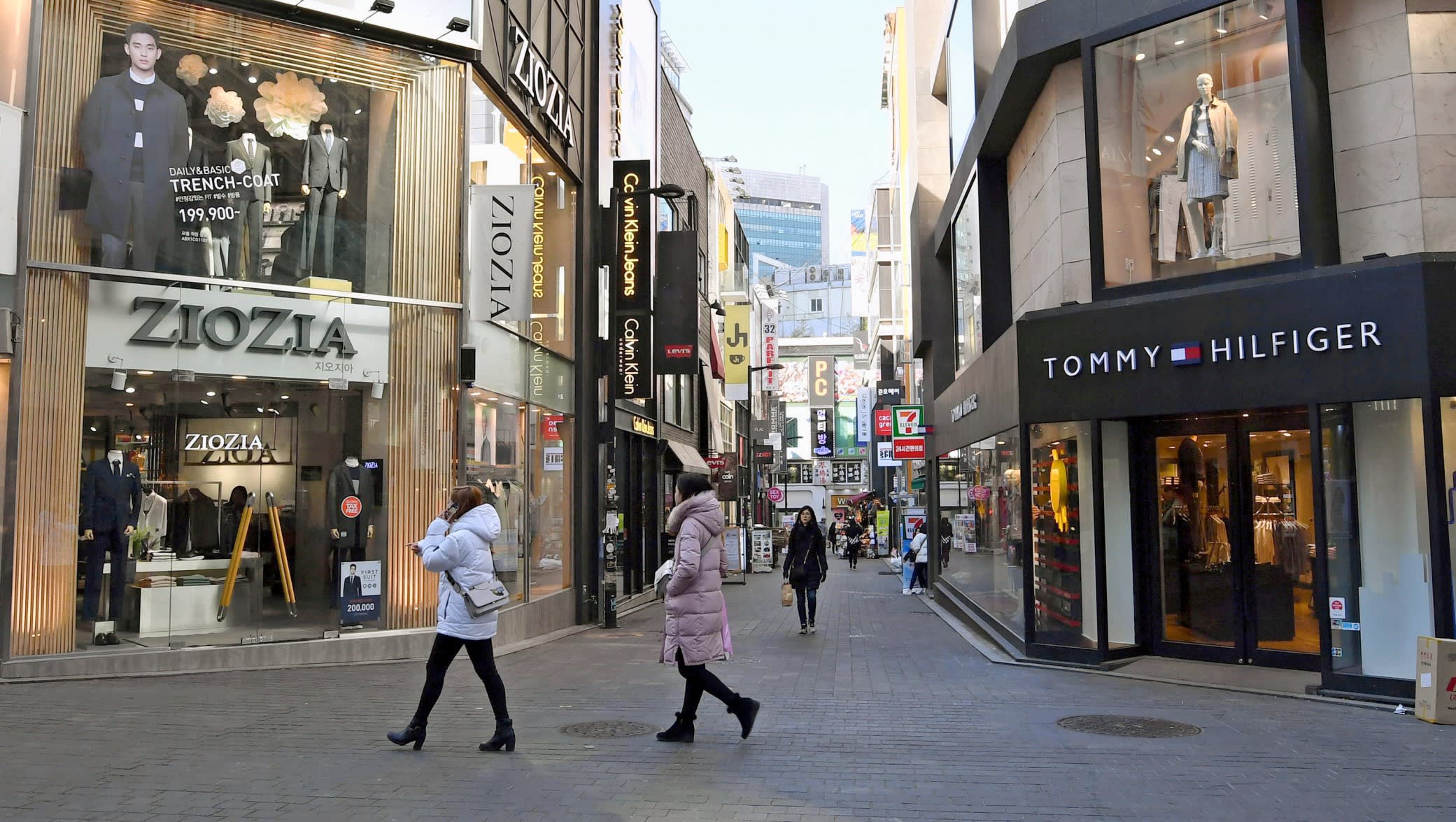 HONG KONG -- South Korea is in political turmoil, with President Park Geun-hye thrown out of office over corruption allegations. Now, a dark shadow looms over the country's stock market as well. What many have dubbed the "Korea ban" is not actually a prohibition. It bars some Chinese travel agencies from selling South Korean tours and advises Chinese citizens to choose their holiday destinations wisely, discouraging visits to the country. But the ban is largely seen as retaliation for the U.S. decision to deploy a missile defense system, called the Terminal High Altitude Area Defense, or THAAD, in South Korea.

The country, along with Japan and Thailand, is popular with Chinese tourists, and South Korea relies heavily on them. In January, 565,200 Chinese visited the country, accounting for 46.3% of all foreign visitors. U.K.-based research specialist Capital Economics estimates the ban will knock 0.3 percentage point off South Korea's economic growth this year.

The deployment of THAAD has not only deterred Chinese visitors, but has led to calls for a boycott of goods made by Lotte Group companies to protest the South Korean conglomerate's offer of land to host the military hardware. Lotte's website was attacked and some of its Chinese supermarkets were forced to shut their doors. Shares of Lotte Shopping, which runs department stores and large supermarkets, declined sharply.

Out with a Bigbang The row between the two countries has popped up in an unexpected place. On March 3, following news of the travel ban, Macau-based Luk Hing Entertainment Group Holdings' shares went into free fall, plummeting 71%. On March 6, the stock skidded another 49%. In the first 10 days of March, Luk Hing lost over 80% of its value, hitting an all-time low.

The sudden sell-off was triggered, of all things, by Bigbang, a popular South Korean boy band. Investors feared that Luk Hing might suffer collateral damage from the political bickering because one of the band members, V.I, has a stake in the company.

Luk Hing said in late January that it plans to enter mainland China. The plan is to purchase, from South Korean restaurant operator Yuri Holdings, the rights in China to operate Monkey Museum, a luxury nightclub launched by V.I in South Korea last year.

Last November, V.I, who has performed at a Luk Hing club in Macau before, became an investor when the company floated its shares in Hong Kong. According to QUICK-FactSet, he holds 14.61 million shares, or 0.81% of the outstanding shares.

Luk Hing shares are not just suffering by association with a high-profile South Korean. In China, ever since Seoul announced plans to allow THAAD on its soil in July last year, sales of popular hallyu (South Korean) dramas and variety shows have fallen sharply. Concerts by big K-pop artists, Bigbang among them, have been canceled. In South Korea, YG Entertainment, the talent agency to which the band belongs, saw its share price skid for five straight trading days through March 6, hitting an all-time low. There is good reason for investors to worry about Luk Hing's hopes to cash in on Bigbang's popularity.

According to a Chinese media report, a third of jobs in the South Korean entertainment industry could disappear if the restrictions continue. The crash of Luk Hing's shares reflects growing fears about further steps China may take to punish South Korea, said a fund manager at an asset management company in Hong Kong. The shock wave may spread further to other hallyu stocks outside South Korea.