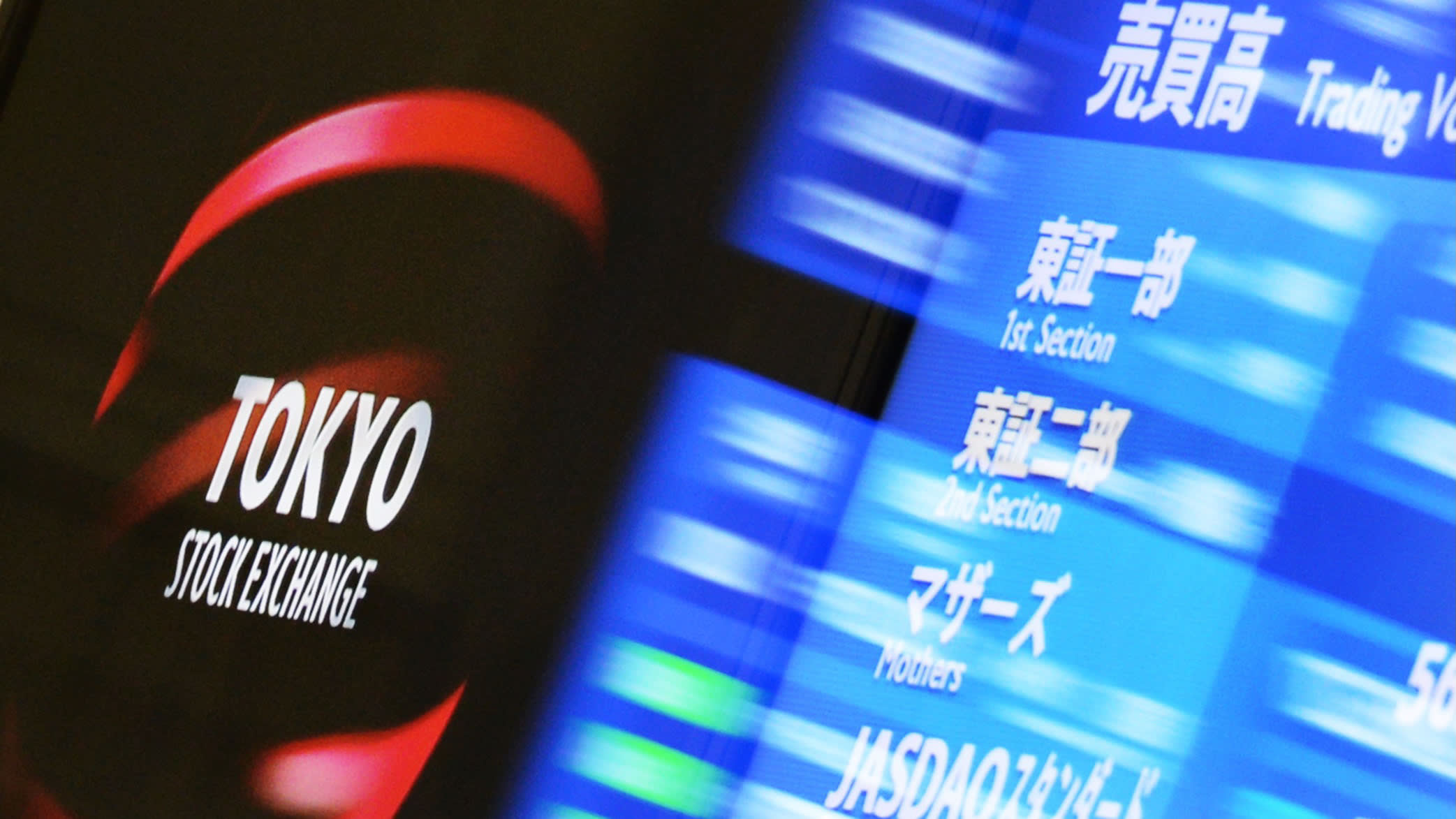 TOKYO -- Overseas investors sold 5.99 trillion yen ($59 billion) more in Japanese shares than they bought from Jan. 1 to Sept. 23, with that figure poised to overtake the record set during the run-up to Black Monday nearly three decades ago.

Foreign investors sold 4.1 trillion yen in Japanese equities on a net basis during the first nine months of 1987. Wall Street later collapsed, in October of that year, triggering a global stock market crash. Foreign investors ended up net-selling 7.19 trillion yen worth of stocks in Tokyo for the full year. The Tokyo Stock Exchange first began tracking such data in 1982.

Overseas investors have become bearish in the face of the yen's sharp appreciation. The Japanese currency was weaker at the end of last year, trading at around 120 yen per dollar. It has advanced by roughly 20 yen since. Fears of a strong yen continue to simmer even after the Bank of Japan released a comprehensive assessment of its easy money policy. Export-heavy Japanese firms are seen downgrading earnings projections in the face of currency pressures.

U.S. asset manager NWQ Investment Management has sold Japanese stocks, mainly exporters, due to the strengthening yen, according to Peter Boardman, a portfolio manager there. And Capital Group, a major American institutional investor, has trimmed its holdings in Kawasaki Heavy Industries 3 percentage points to just over 4%.

Non-Japanese investors are also disappointed in the way Prime Minister Shinzo Abe's economic growth strategy -- one of the three arrows of his signature Abenomics policy -- has failed to materialize in a meaningful way. The lack of a clear schedule presents a problem, said Dominic Rossi, global chief investment officer for equities at Fidelity International.

Foreign investors net-bought 20 trillion worth of Japanese equities in total between the fall of 2012, when excitement over Abenomics first took root, and summer 2015, when the Nikkei Stock Average broke through 20,000. But sellers have dominated since, erasing roughly 40% of that value.

But despite the retreat by foreigners, the Nikkei average is still holding steady north of 16,000. Many analysts believe the BOJ's bulk buying of exchange-traded funds is underpinning the market. The BOJ has doubled its pace of ETF purchases to 6 trillion yen a year. The central bank snapped up a quarterly record of more than 1.42 trillion yen in ETFs during the July-September period. That figure represents a 43% bounce from the previous quarter. The BOJ apparently absorbed the selling spree by overseas investors, which has intensified since August.

Some say this phenomenon threatens basic market fundamentals, in which stock prices are supposed to reflect the economy and corporate performance.  "This creates a warped supply-demand structure, and trading opportunities for investors are diminishing," said Shingo Ide, chief equity strategist at the NLI Research Institute.