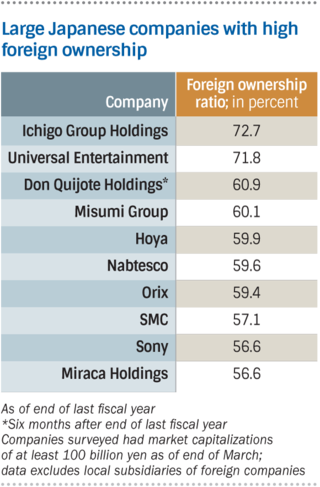 The ratio increased for a third straight year. High-earning companies with strengths in particular areas have drawn keen attention from overseas investors.