Institutional investors say they will remain overweight on Japan stocks 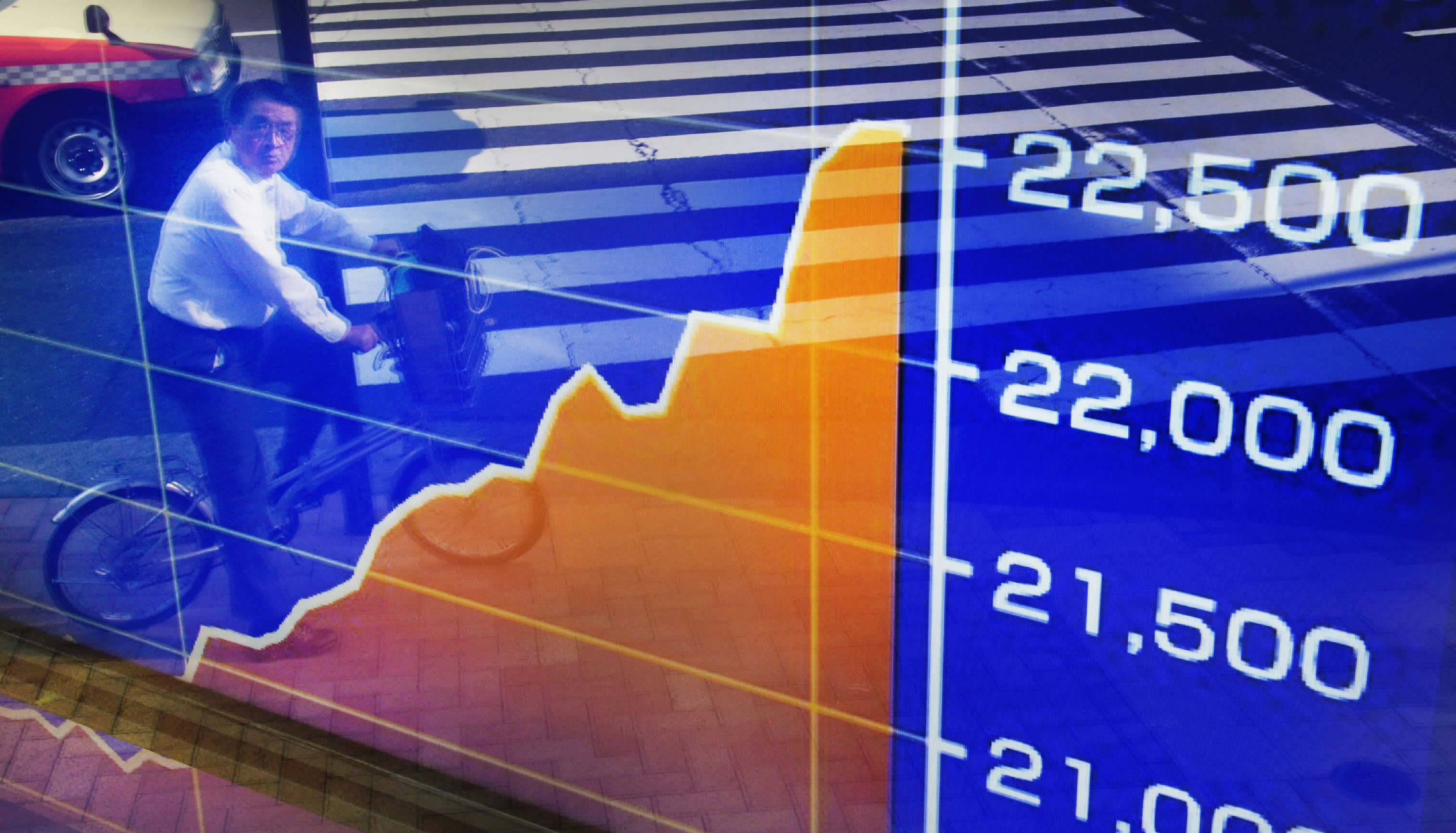 In the QUICK monthly survey for November, released on Monday, 42% of respondents said they will remain overweight on Japanese stocks, up 7 percentage points from the previous survey and the highest point since last December.

Last December, the corresponding figure was 46%. That survey was taken during the so-called "Trump rally," after Donald Trump's surprise victory in the U.S. presidential election.

"Japanese stocks are expected to rise further as foreign investors continue their buying," said Takeshi Kamoshita, a portfolio manager at Asset Management One.

Respondents' average forecast for where the Nikkei Stock Average will be in a month was 22,130, up nearly 1,500 points from the October survey and the highest reading since the July 1996 survey.

The Nikkei average is actually much more buoyant, having closed Tuesday trading at 22,937.60.

Meanwhile, the diffusion index for pharmaceutical and food stocks hit an 11-month low at minus 27%.