Individual investors in China are easily influenced by the stars 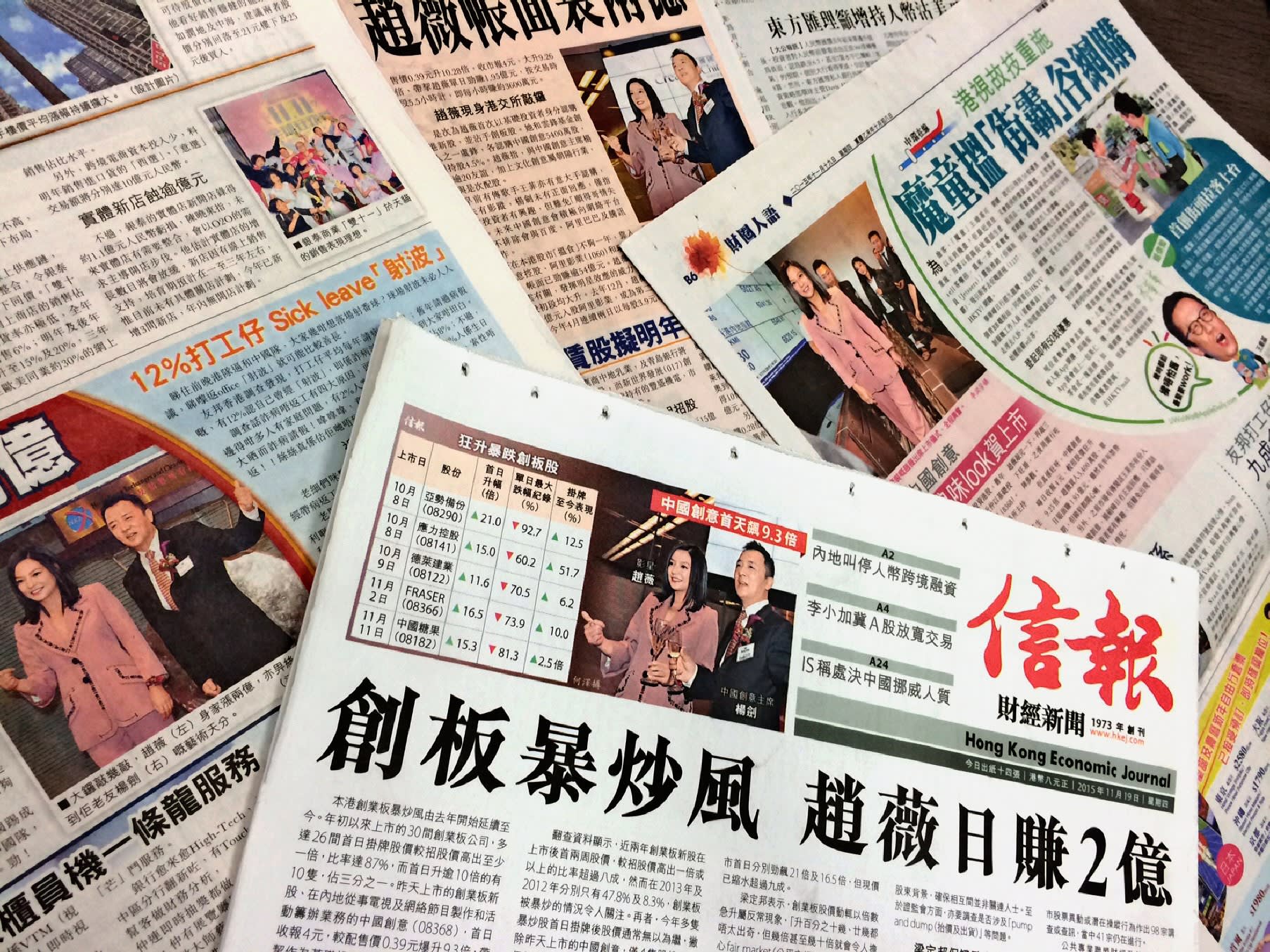 This is why Zhao Wei and Stephen Chow, who teamed up for the 2001 global blockbuster "Shaolin Soccer," recently found their coattails a bit on the heavy side.

At the end of last year, Zhejiang People Culture, a Shanghai-listed animation studio, said a company run by Zhao Wei, also known as Vicki Zhao, and her husband would acquire 29% of its outstanding shares.

The announcement came on Dec. 27, to be exact, and trading was halted on shares of Zhejiang People Culture.

But when the stock went back on the block on Jan. 12, the shares went limit up.

On Jan. 3, Shenzhen-listed film studio Shanghai New Culture Media Group reported that its Hong Kong subsidiary had bought 40% of Chow's company. It was the first time for Chow, who was born in Hong Kong, to enter into a full-scale partnership with a mainland company.

Chow gained fame as an actor but is also an accomplished director. His name is well established in China. A day after the announcement, shares of Shanghai New Culture Media gained nearly 5% at one point, reaching their highest level in about a month on expectations that business would boom.

There are many instances of Chinese celebrities making splashy investments -- then having other investors hitch a ride.

Chow, meanwhile, has a nearly 60% stake in Bingo Group Holdings, a Hong Kong-listed movie production and investment company. He also serves as the company's executive director.

Zhao and Chow are not alone in letting their stars shine in business. Nicholas Tse, a singer and actor from Hong Kong, has a 16% or so stake in movie production company See Corp. Actor Jackie Chan is believed to own multiple companies that are registered overseas.

The stock-buying frenzy among fans of these stars does not last long, though.

According to one analyst, Chinese investors generally view celebrities' stock market activity in a favorable light. Entertainers have a lot of money, so of course they are going to invest some of it. The fact that Zhao and Chow are friendly with Alibaba Executive Chairman Jack Ma Yun contributes to the belief that these stars know their way around the stock market.

Ma, after all, has demonstrated prowess when it comes to turning acquisitions into successes. So if he is standing behind Zhao and Chow, the two entertainers are also likely to hit investment gold.

But apparently this way of thinking is, like Japan's cherry blossoms, fleeting.

Zhao had a problem procuring enough funds to buy her stake in Zhejiang People Culture. Although Zhao reduced the scale of the announced acquisition, she has yet to pull the trigger.

She may have good reason. Zhejiang People Culture seems to be going through a period of instability, and Chinese market authorities are targeting the company for investigation.

So early this month perhaps it was no surprise when Zhejiang People Culture's shares plunged to their lowest level in 13 months.

So while individual investors, who account for 80% of stock trading in mainland China, are easily swayed by their favorite stars, they quickly drop their gaze.

Still, entertainment stocks might not be a bad place to park your yuan. "The movie industry in China itself is gathering steam," said Huang Yougxi, the head of Toyo Securities' Shanghai office. "And it will be a promising investment destination in the medium- and long-term."