Japan wraps up second-busiest IPO year in a decade 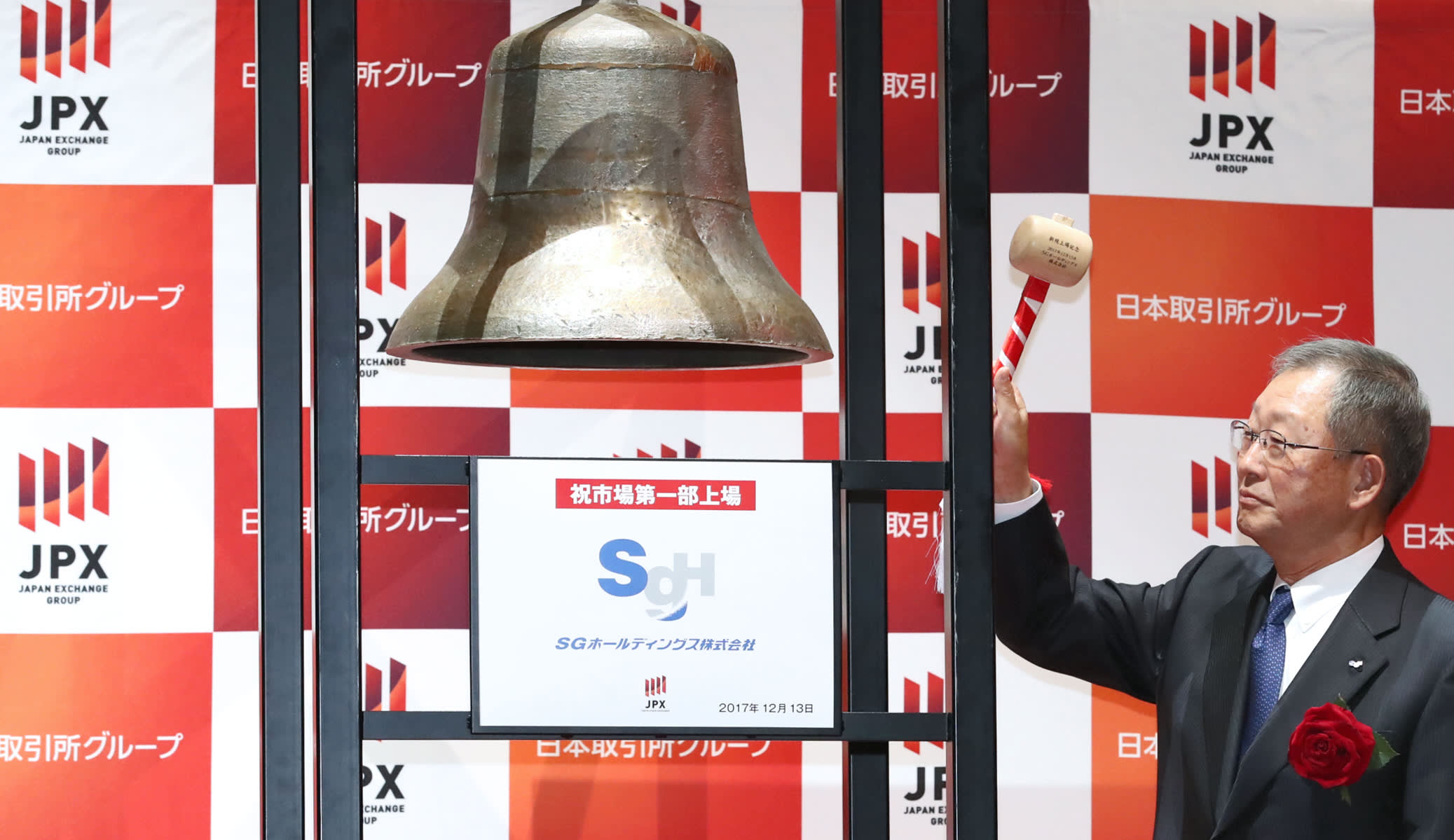 TOKYO -- Japan's initial public offerings in 2017 featured a large number of small players across a broad range of sectors, supported by an influx of capital from bullish retail investors.

The Tuesday debut of Optimus Group on the second section of the Tokyo Stock Exchange marked the year's final IPO. The used-car exporter opened at 2,001 yen, 11% above its offering price, and ended the day at 2,325 yen.

Of the 90 companies listing in 2017 -- second only in the last decade to the 92 IPOs of 2015 -- 91% opened above their offering prices as individual investors poured money into the market amid high hopes for growth.

These included Mirai Works, a staffing services provider for freelancers that listed on the TSE's startup-focused Mothers market Dec. 19. Its shares opened at 6,080 yen, 3.3 times the offering price, on investor expectations of benefiting from chronic labor shortages. With more than 6,000 registered users, "even if competition enters the field, we can play to our strengths," President Nagaharu Okamoto said.

In recent years, the IPO market has been driven mainly by biotechnology and smartphone game developers. This year's newcomers are more diverse, including budgeting app provider Money Forward and PKSHA Technology, an artificial-intelligence venture specializing in algorithm development.

Despite the pickup in activity, the total amount raised via IPOs fell 31% this year to 573.5 billion yen ($5.06 billion), data from I-N Information Systems shows. The new listings included many small businesses, reducing the average amount raised per company. And while 2015 and 2016 saw such big names as Japan Post Holdings and messaging app provider Line go public, the largest IPO of 2017 was SG Holdings, parent of logistics company Sagawa Express, raising 127.6 billion yen.

"The economic recovery has made it easier for small businesses to aim for a listing," said Kenya Matsushita of Daiwa Securities.

A number of businesses -- such as UUUM, which manages YouTube personalities -- opened well above their IPO prices but slumped thereafter. Even if a company initially piques investor interest with a unique business model, it can fall out of favor if earnings disappoint. Though nearly 90% of this year's listings still traded above their offering prices as of their most recent close, less than half remain above their initial opening prices.

The IPO market is expected to maintain its momentum in 2018. Keiji Kuramoto of Nomura Securities expects a slight rise in the number of new listings. Investors have taken an interest in such potential listings as flea market app operator Mercari.