Miners, casinos, airlines, Thai telcos got the worst of 2015 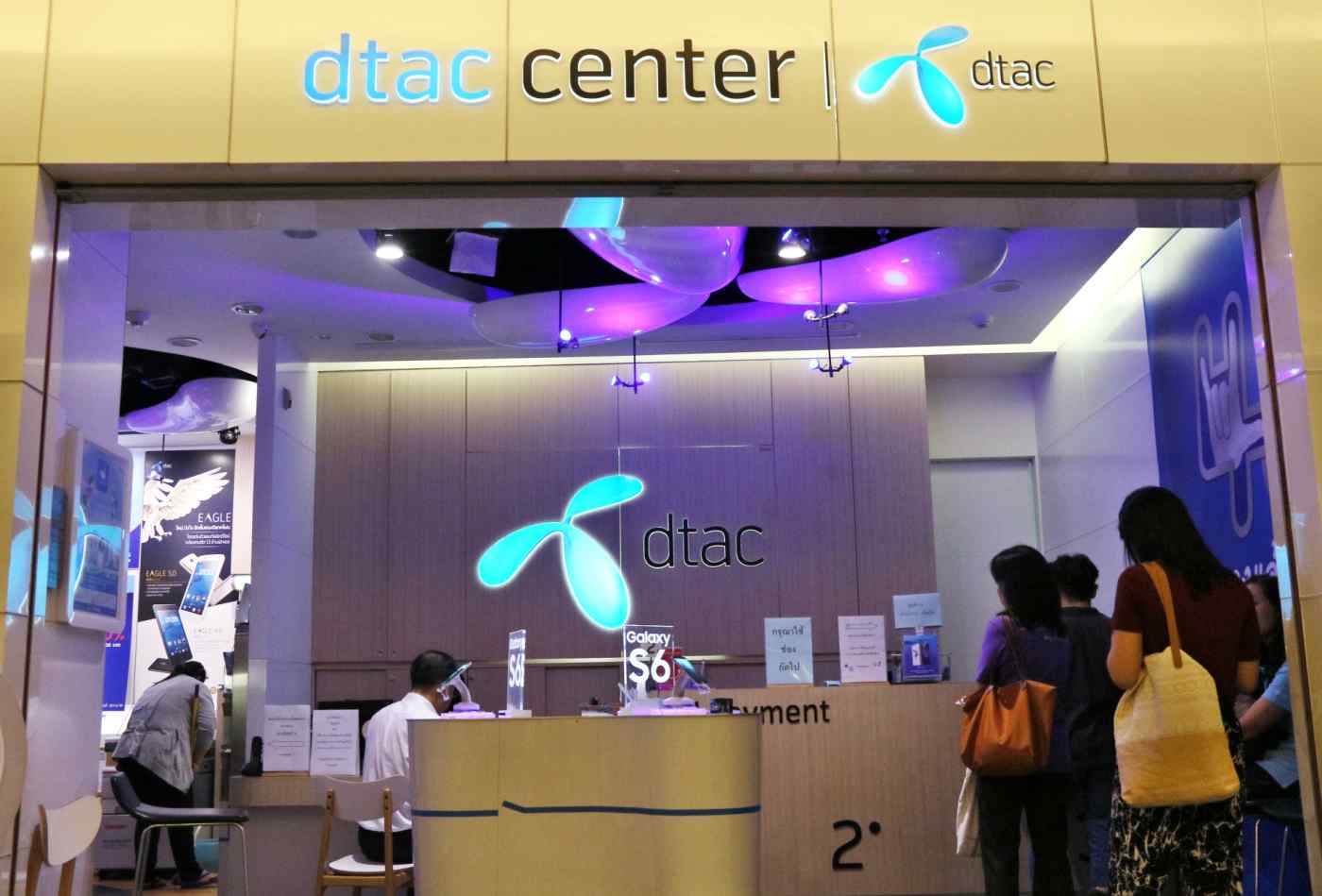 BANGKOK -- 2015 has been a challenging year for investors focusing on Asia. China's slowdown, the continued fall in resources prices and the U.S. rate hike have all put strong downward pressure on the region's stock markets. With few positive factors in sight, 2016 could prove an equally tough year for investors looking to put their money into Asian shares.

We examined the stock market performances of Asia300 companies, leading Asian businesses selected by the Nikkei Asian Review, over the past year. Using data from QUICK-FactSet, we calculated the changes in share prices for 328 companies from the end of 2014 to Dec. 25, 2015.

The biggest loser was Total Access Communication, Thailand's second-largest wireless carrier in terms of subscriber base, whose stock plunged 68.1% during the period. The company, which is over 40% owned by Norway's Telenor, was already in trouble when, it lost important frequency auctions to rivals in November and December 2015.

Total Access Communication was not the only Thai carrier whose market value declined in the past year. Advanced Info Service saw its share price fall 38.0%, while True Corp.'s stock fell 38.7%.

Investors, dismayed by the unexpectedly high prices of the radio spectrum sold through the auctions, responded by selling off the stocks of both the winners and losers.

China Shenhua Energy was unable to pull its mainstay coal and electric power businesses out of the doldrums. The company's net profit for the first nine months of 2015 dropped 42% from the year-earlier period. "The business environment is harsher than ever before," said Chairman Zhang Yuzhuo.

It has also been a tough year for India's Vedanta, which deals in zinc, silver, aluminum, oil and gas, and other commodities. The companies woes are largely the result of a ban on mining iron ore imposed in the western Indian state of Goa and some other states.

The stocks of major casino operators, whose economic fortunes depend on wealthy high rollers, also lost ground. Galaxy Entertainment Group, which operates casinos in Macau, saw its profits fall by more than 30% and its market value sink by nearly half. Bloomberry Resorts of the Philippines posted a net loss of 1.5 billion pesos ($31.8 million) for the January-September period of 2015. These casino were hit hard by China's economic slowdown and Chinese President Xi Jinping's anti-corruption campaign.

AirAsia's share price tumbled more than 50%. The company's financial performance has been battered by the loss of Flight 8501, which crashed in Indonesia in December 2014, killing all 162 people on board. Savings from falling jet fuel prices were offset by higher aircraft financing costs, which the company settles in U.S. dollars, as a result of the ringgit's depreciation.

Thai Airways International has failed to push through reforms needed to stop bleeding red ink, and as a result its stock lost 44.2% in value.

The overall picture of the 328 companies' stock performance was bleak. As of Dec. 25, the share prices of 217 companies, or two-thirds of the total, were lower than they were at the end of 2014. Excluding the stock markets in mainland China and Vietnam, which restrict inflows of capital, only the Tokyo and Seoul markets saw their benchmark indexes rise during the year. The indexes for the markets in Singapore, Bangkok, Jakarta and Taipei fell at double-digit rates.

On the positive side, 2015 was a stellar year for a number of South Korean companies, including the five that made it onto the list of the top 10 performers. 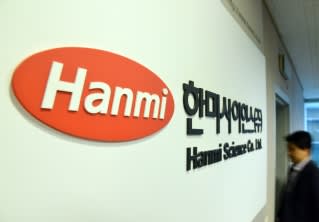 Hanmi Science of South Korea was the top Asia300 company by stock market performance in 2015. (Photo by Takaki Kashiwabara)

Hanmi Science, a major South Korean pharmaceutical company, topped the list. The company entered into exclusive license agreements with Eli Lilly, Sanofi and two other Western pharmaceutical players for the development and commercialization of drugs Hanmi is working on.

The deals are worth up to $6.7 billion. Among the promising drugs the South Korean company has in the pipeline are growth hormones and anti-cancer drugs, said Park Jae-chul, an analyst at Mirae Asset Securities.

Celltrion, which develops generic versions of biopharmaceutical drugs, started full-scale sales of products used to treat rheumatoid arthritis and other diseases in Japan and some European markets. The company is also preparing to market treatments for malignant lymphoma.

Korea Aerospace Industries, another South Korean company among the top 10, was selected by the government as the preferred bidder in the country's KF-X program to develop an indigenous fighter jet.

The two Southeast Asian companies on the top 10 list are both Malaysian makers of medical gloves.

Top Glove and Hartalega Holdings both sell the bulk of their products globally and are thus reaping the benefits of low raw material costs and foreign exchange gains. Top Glove, the world's largest natural rubber glove maker, posted a net profit increase of 164% in the quarter that ended Nov. 30. 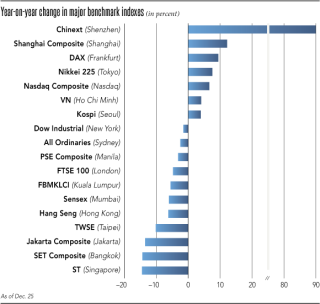 The two companies are continuing to invest in capacity expansion. Top Glove aims to increase its annual production capacity from 45 billion units to 52 billion by February 2017. Hartalega, a leader in the global nitrile rubber gloves market, wants to boost its capacity to 42 billion pieces from 16 billion by 2021.

The stock of Leshi Internet Information & Technology of China received a big boost from the return of Chairman Jia Yueting. Known as the visionary founder of the company, Jia was rumored to have been arrested in connection with the downfall of Ling Jihua, who was a close adviser to former Chinese President Hu Jintao and once served as vice chairman of the National Committee of the Chinese People's Political Consultative Conference. Jia is said to have close ties with Ling, who was expelled from the Communist Party in July 2015.

Many market players say they will pay close attention to companies driven by domestic demand in 2016. Kenny Wen Kit, chief strategist for Sun Hung Kai Financial in Hong Kong, cited Dalian Wanda Commercial Properties, a major Chinese developer, as one of the companies he will be following. He predicts the developer's income from rents will start rising in 2016. Dalian Wanda is reducing its own assets and raising funds from investors for the development of large-scale commercial properties with shopping malls at their core.

Some analysts predict the launch of the ASEAN Economic Community at the end of 2015 will give Asian stock markets the boost they need to begin rebounding in 2016.