Myanmar exchange expected to launch with a whimper 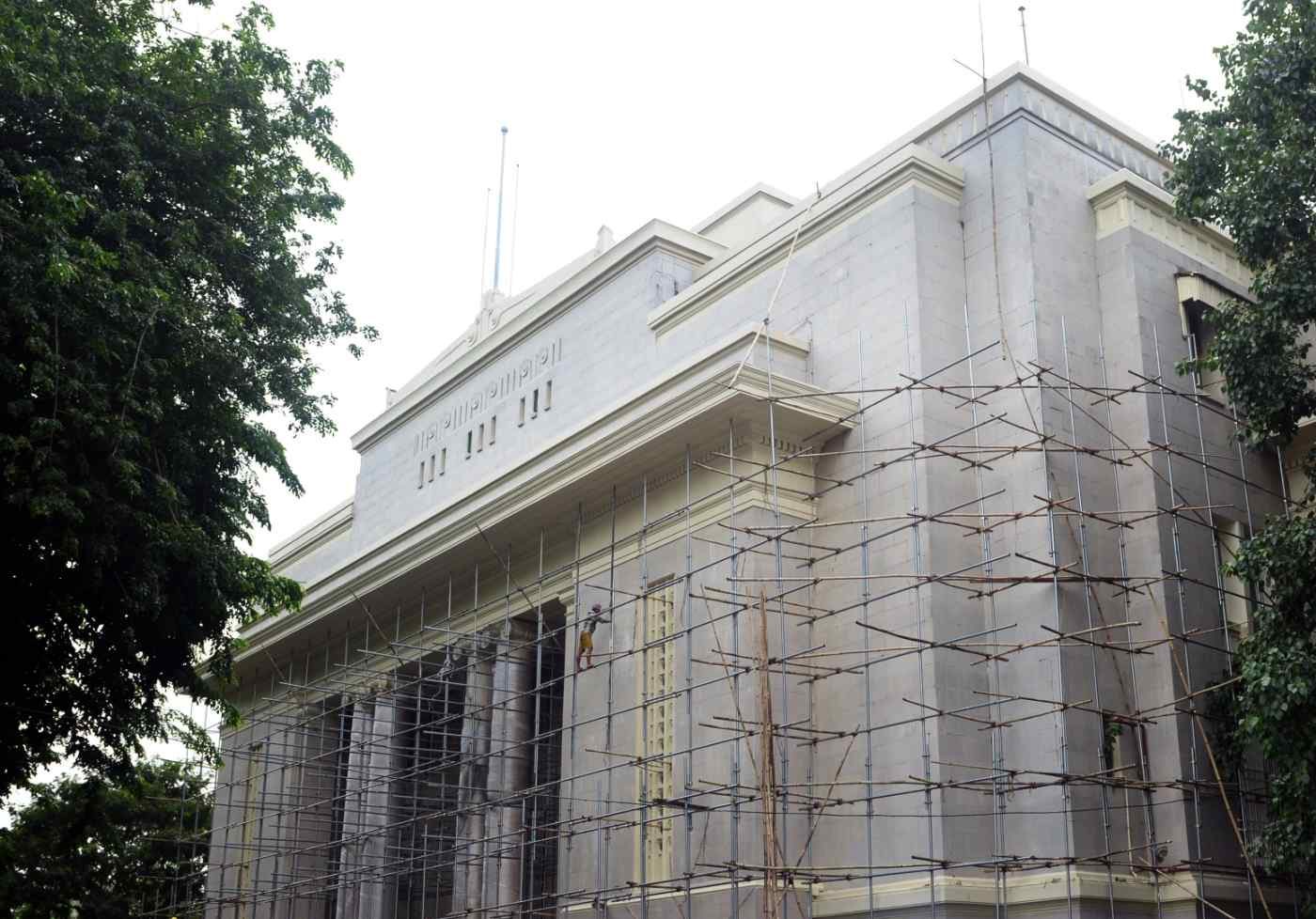 YANGON -- Myanmar's first-ever stock exchange is slated to get off the ground in December, but it might have trouble attracting global investors.

The bourse will have modern trading systems from the outset. The Daiwa Institute of Research, for example, will help digitize stock certificates.

But the country's legal system may keep foreigners off the new bourse, and with few domestic investors, the exchange's success is far from assured.

The listing criteria of the Yangon Stock Exchange (YSX), announced Aug. 14, requires applicants to have logged a combined net profit over the two most recent fiscal years, have capital of at least 500 million kyat ($391,083) and have at least 100 shareholders, among other rules.

The obstacles to debuting on the exchange are not so stringent -- capital requirements are half of those in Laos and Cambodia. Since the Securities and Exchange Commission of Myanmar began accepting applications for service licenses in January, 18 companies, including Aya Bank and other major local financial services providers, have applied. The SEC appears ready to issue licenses to about five companies in September.

Deputy Finance Minister Maung Maung Thein, who is overseeing the establishment of the exchange, expects at least 20 companies, including infrastructure development businesses and construction companies, to apply to go public.

Local banks have limited ability to lend, so companies in Myanmar rely mainly on their own reserves. This makes it difficult for them to finance investment for growth. By offering a new means of financing, the bourse will help companies grow, according to the country's deputy finance minister.

The concept of the YSX dates back to 1996, when the country was under military rule. In the spring of 2012, Myanmar authorities, the Daiwa Institute of Research and the Tokyo Stock Exchange, now part of Japan Exchange Group, reached an agreement to open a stock market. At the end of 2014, Myanma Economic Bank, a state-owned bank under the Ministry of Finance, and the two Japanese parties signed an agreement to operate the exchange jointly.

During the days of military rule, Myanmar's economic policy shifted to socialism. Because of this, there are no major institutional investors such as pension funds and life insurers. There are some wealthy individuals who can invest in the equity market, but they know little about trading. They might bolt the moment prices fall, an official at Japan Exchange Group said.

That is why foreign investors are wanted for the market. But the current companies law considers a business "foreign-affiliated" if even one share is held by an investor overseas. Because foreign-affiliated corporations are not allowed to own land in the country, major domestic companies -- understandably -- do not want foreigners to hold their shares.

The government recently published a draft of its new companies law, which aims to attract overseas investors. The new law would consider a company foreign-affiliated only if overseas investors hold a stake of 35% or more in it.

Lawmakers are to discuss the matter in 2016 or later. The general election scheduled for November, however, has left the fate of the proposed revision uncertain.