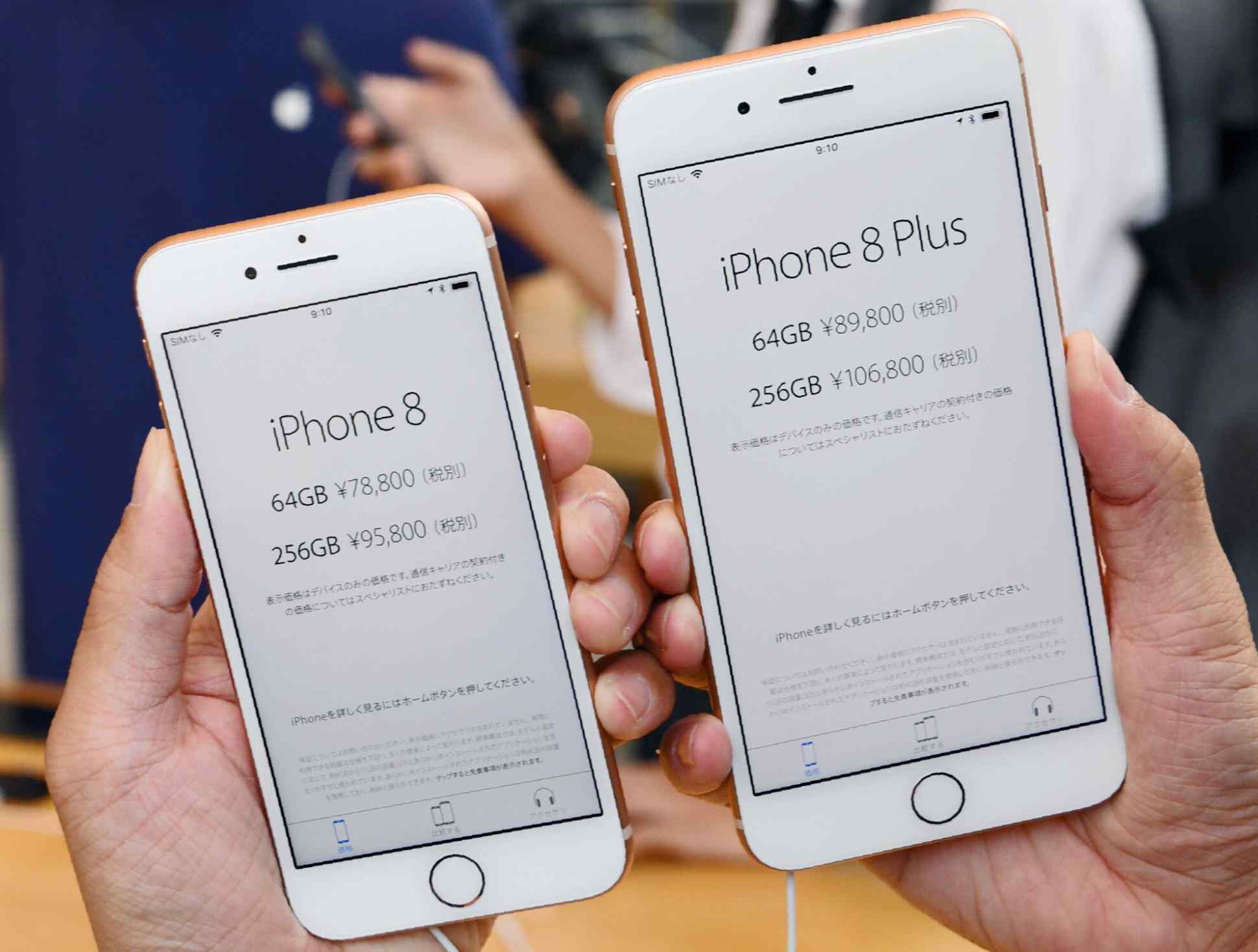 Apple's new iPhones are significantly more expensive, which some in Japan see as a good thing for the economy.
Stocks

TOKYO -- Japan's big three mobile phone carriers have seen their stock prices take off lately, buoyed by expectations that the new iPhones will entice consumers to loosen their purse strings and help bring an end to stubborn deflationary pressure.

The tide appears to be turning for telecom stocks. KDDI shares rose for a third trading day Monday, reclaiming the 3,000-yen mark for the first time in about six weeks. SoftBank Group also climbed to a two-month high. The gains in these two high-priced stocks helped send the benchmark Nikkei Stock Average to its highest in about two years before ending the day up 0.50% at 20,397.

The game-changer was Friday's introduction of the feature-packed iPhone 8 and iPhone X from Apple. In particular, the iPhone X, so named to mark the tenth anniversary of the smartphone series, has ditched a home button to make space for an edge-to-edge screen, and is equipped with a facial recognition unlocking system. "With its capabilities, the iPhone X is expected to become a hit product," Daisaku Masuno at Nomura Securities said.

Stocks of the three major Japanese mobile carriers had been generally softening since early spring. Bowing to the pressure of rivals' low-cost plans for smartphones, NTT Docomo introduced a more competitively priced plan in June, followed by KDDI the next month. The price war turned off investors.

However, the new iPhones have reversed the trend, forcing users to bear more of the burden. Docomo is selling the iPhone 8's 256 GB model for 50,112 yen ($449) after carrier discounts -- a far cry from the 29,160 yen price tag for the predecessor iPhone 7 with the same storage. Docomo customers who want to get their hands on the iPhone X, scheduled to hit the market in November, probably will have to shell out a whopping 86,832 yen for the model with the same storage.

The other two big players are going to bump up their prices as well.

Nevertheless, SoftBank Group President and Chief Operating Officer Ken Miyauchi maintains a bullish forecast that "the combined sales volume of the iPhone 8 and the iPhone X will far exceed what we saw with previous models." The new handsets will let the carrier capture users looking to update their phones, as well as win back those who had switched to low-cost smartphones, said an executive at a foreign asset management company.

Investors are beginning to embrace companies that set higher prices for products with an edge, such as high performance and customer satisfaction. "We are increasing our investment in companies that have strong enough products to allow bold price setting," said an executive at Mitsubishi UFJ Kokusai Asset Management.

In line with this trend, shares in Kirin Holdings rose to their highest in about 30 years Monday. The brewer has been slashing sales promotion expenses for its beers this year, resulting in an upturn in retail prices and profit margins.

Bridgestone advanced to a two-year high, as investors cheered the price increases the Tokyo company imposed on its tires in the spring.

Stocks have a strong correlation with the consumer price index. The Nikkei average has started trending higher in response to the recent uptick in the CPI.

"We'll hammer out a new economic package by year-end," Prime Minister Shinzo Abe said Monday, upon announcing the decision to dissolve the lower house and call a snap election.

Since investors are keenly interested in how the government plans to keep fighting deflation, offering clear plans will likely help the Nikkei Stock Average top 20,868 -- its highest since the start of the Abenomics era, marked in June 2015.