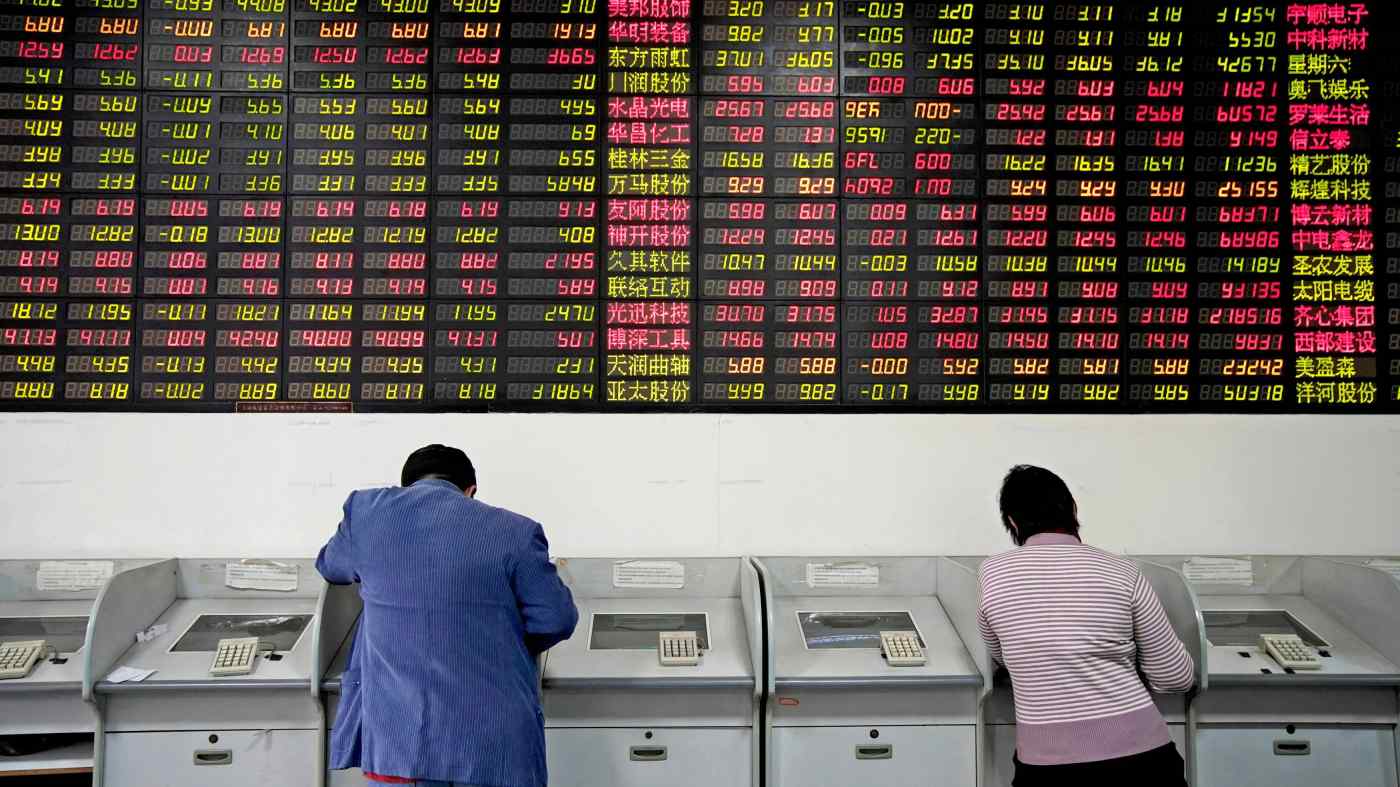 SHANGHAI -- China's benchmark stock index slipped to a low not seen in three and a half months amid signals that Beijing will rein in the share purchases by state-directed investors that have propped up the market.

The Shanghai Composite Index fell 0.29% Wednesday to close at 3,293, dipping below the psychologically significant threshold of 3,300.

"There's a bit of a funds shortage," said a funding manager at a Shanghai-based bank as he glanced at a chart of rising interbank lending rates. The three-month rate approached 4.8%, up 1.5 percentage points since the start of the year. Asia braces for the end of easy money

Many point the finger at a stricter crackdown on wealth management products  -- high-yield instruments that some banks sell to retail investors to raise money for lending or stock investments. They form part of the Chinese "shadow" banking sector that authorities are now moving to cut down to size. But small and midsize banks could see their finances suffer if they are forced to reduce sales of these products.

That outcome would put downward pressure on the economy, and narrow inflows into Chinese equities. On top of that, China's leadership under a newly empowered President Xi Jinping is focused on maintaining the health of the financial system, even at the risk that the economy slows somewhat. This raises another concern among investors: that stock purchases by state-owned financial institutions will wane.

This "national team" held 4.43 trillion yuan ($669 billion) in shares at the end of September, market estimates show. Its holdings have been growing, mostly in financial stocks, but investors are losing confidence that this undercurrent of support will continue.

Market watchers are also conscious of the possibility of further monetary tightening by Chinese authorities worried about capital flight and a weak yuan. With China's economy looking increasingly stuck in a gradual slowdown, hopes are fading that a rebound in Shanghai stocks remains just around the corner.