Strong stocks, weak yen continued in 2015 with all eyes on Fed 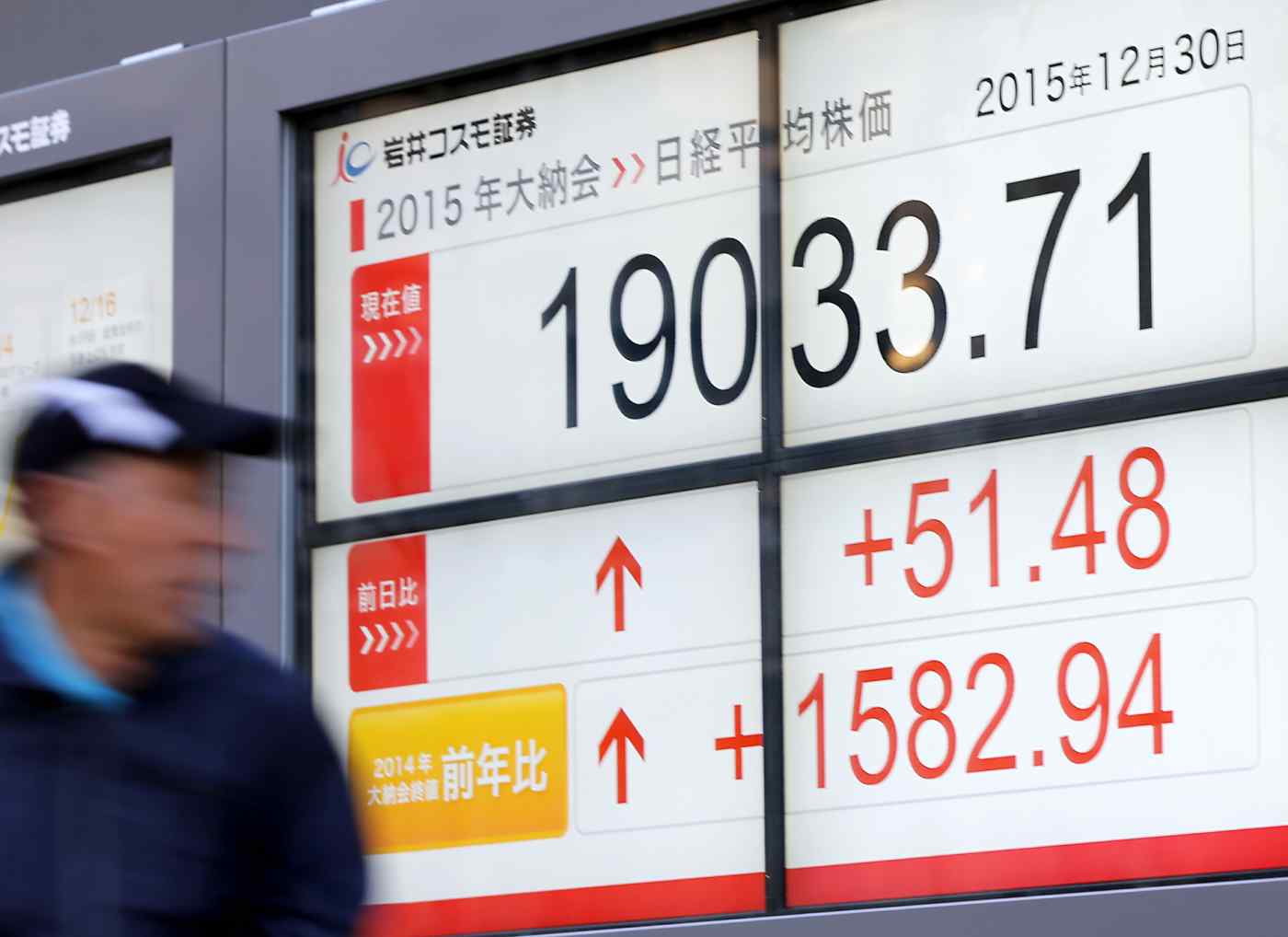 TOKYO -- Anticipation of a U.S. interest rate hike reverberated throughout global markets in 2015, including in Japan, where it lent momentum to stocks and kept the yen on a softening trend against the dollar.

The Nikkei Stock Average advanced for a third straight day Wednesday, the last trading day of the year, to close at 19,033, up 9% compared with the end of 2014. This marks the benchmark index's first four-year winning streak since 2003-2006. It ascended to 20,868 in June, its highest level in 18 and a half years. The Japanese market was among the top performers in developed economies, on a par with German stocks.