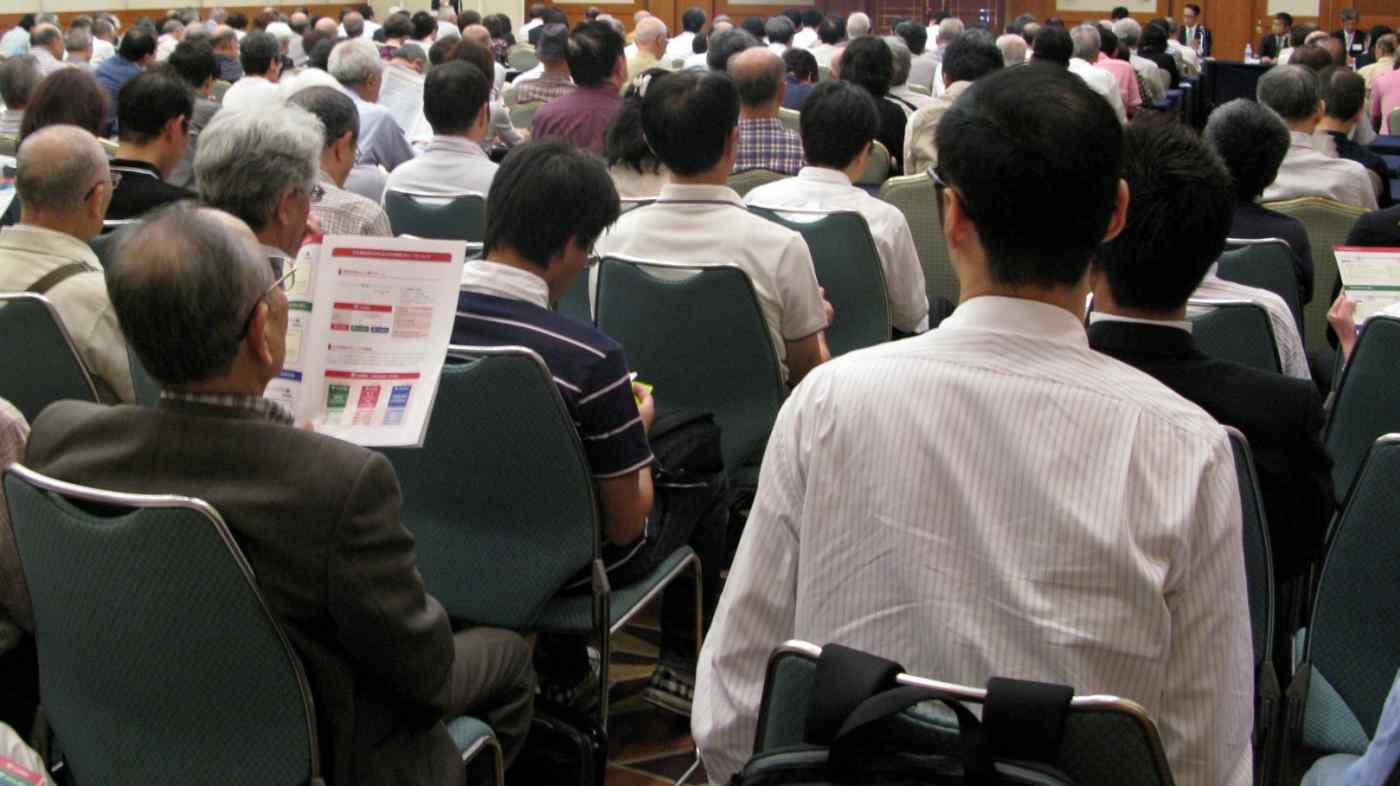 TOKYO -- Japanese listed companies are trying to woo small investors. A little more than 14% have done quite well, increasing the number of their shareholders by double digits.

Call it good timing because at the same time the old Japan Inc. tradition of groups of companies buying one another's shares is diminishing.

According to data compiled by The Nikkei, 501 of all Japanese listed companies that had half- or full-year closings from the end of April through the end of September saw at least a 10% increase in the number of shareholders from the previous half-year period.

As of the end of last March, the total number of individual shareholders came to 49.4 million, up 8% from a year earlier, according to the Tokyo Stock Exchange. The results indicate that individual investors are part of the trend.

In Japan, foreign investors account for 30% of shareholders of listed companies by value. Of every 100 investors on the TSE, 97 are individuals.

For Ono Pharmaceutical, maker of the cancer medicine Opdivo, the number of shareholders increased by a multiple of 4.4 during the six months through September. In April, the company exercised a five-for-one stock split. This reduced the share price to a level more affordable to small investors.

In a side note, the company's cross-shareholding partners, including Nissin Foods Holdings, in September sold their holdings of the drugmaker; individual investors appear to have stepped in to soak them up.

On the other hand, Ajinomoto and Seiko Holdings, raised their interim cash dividends at the end of September, then saw 50% bumps in the numbers of their shareholders.

In January 2014, Japan's government introduced tax-free NISA investment accounts to coax Japanese to empty their savings into the stock market. Three years on and the scheme seems to be contributing to the increasing shareholder count.

Also encouraging has been companies' willingness to reconsider their cross-shareholding arrangements. As banks and corporations began selling more of these shares, listed companies went on a search for new long-term shareholders and settled on individuals.

In June, Mitsubishi group companies, including trading house Mitsubishi Corp., sold shares of Mitsubishi Research Institute. The research company explained that the move was partly aimed at increasing the number of its individual shareholders.

Listed companies are required to maintain a certain number of shareholders, according to Mitsubishi Research Institute. This way, they can be sure to have enough "share liquidity" in the market.