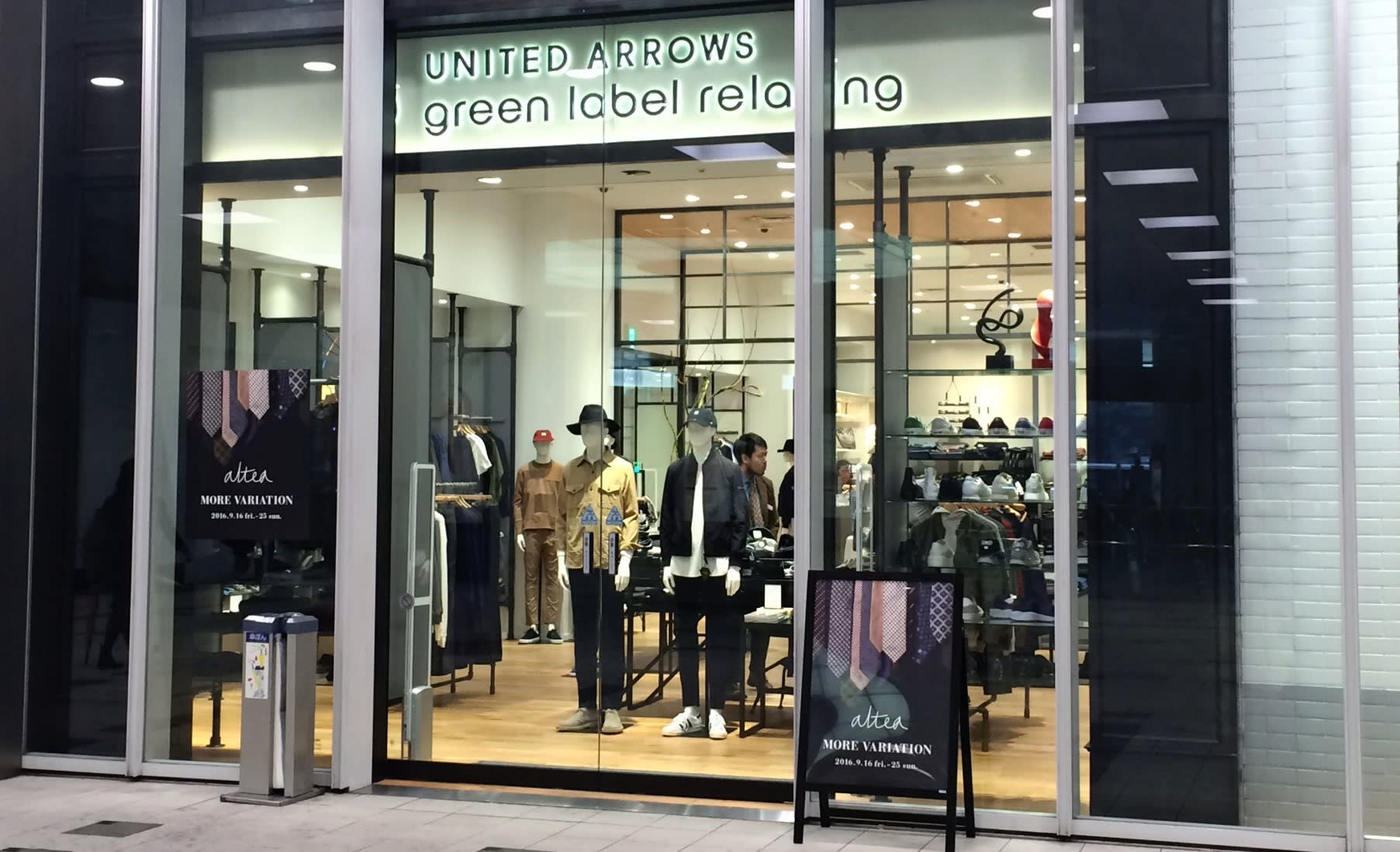 TOKYO -- Shares in Japanese clothing retailer United Arrows continue to stumble along as doubts grow about its ability to offset a declining brick-and-mortar business with online sales.

The Tokyo-based company's stock price fell again on Friday, retreating as much as 2% at one point to a six-month low of 3,190 yen. That is nearly half of its all-time high of 6,120 yen reached in February 2016. The clothier's market capitalization fell below the 100 billion yen ($902 million) mark a day earlier.

Consolidated operating profit for the April-June quarter climbed 16% on the year to 2.4 billion yen, driven by a 23% jump in online store revenue, according to earnings released on Friday. Added inventory for online sales helped meet growing demand.

But robust internet shopping could not completely absorb the falloff in the brick-and-mortar trade. July same-store sales -- including online channels -- edged down 0.2% year on year, the first drop in 10 months. While online sales expanded 15.6% in July, physical-store turnover slumped 3.6%, dragging down the total.

About 60% of the retailer's internet sales come via virtual shopping mall Zozotown, which is operated by Japan's Start Today. United Arrows has been one of Zozotown's top brands since the marketplace launched. But competition is intensifying as Zozotown grows and new brands join. "Selling online tends to come down to a simple game of price," one analyst said. "United Arrows could find itself caught in a price war."

The company maintained its forecast of 9% operating profit growth to 9.9 billion yen for the year ending next March, which would mark its first profit increase in four years. United Arrows is trading at just 16 times projected earnings, making it a bargain compared with domestic rivals Onward Holdings, at 22 times, and TSI Holdings, at 27 times.

One reason for its drab stock performance is that while other apparel companies are restructuring boldly, United Arrows is seen as being slow to change. Its operating margin in the April-June quarter came to 7%, nearly half of the figure five years ago.

Zozotown operator Start Today's growth has taken its market cap above 1 trillion yen; United Arrows, meanwhile, appears to have settled into gradual decline. Unless this apparel sector blue chip can demonstrate its potential for growth, a full-fledged recovery may never be in store.