The musicians, like their city, have seen both the good times and the bad 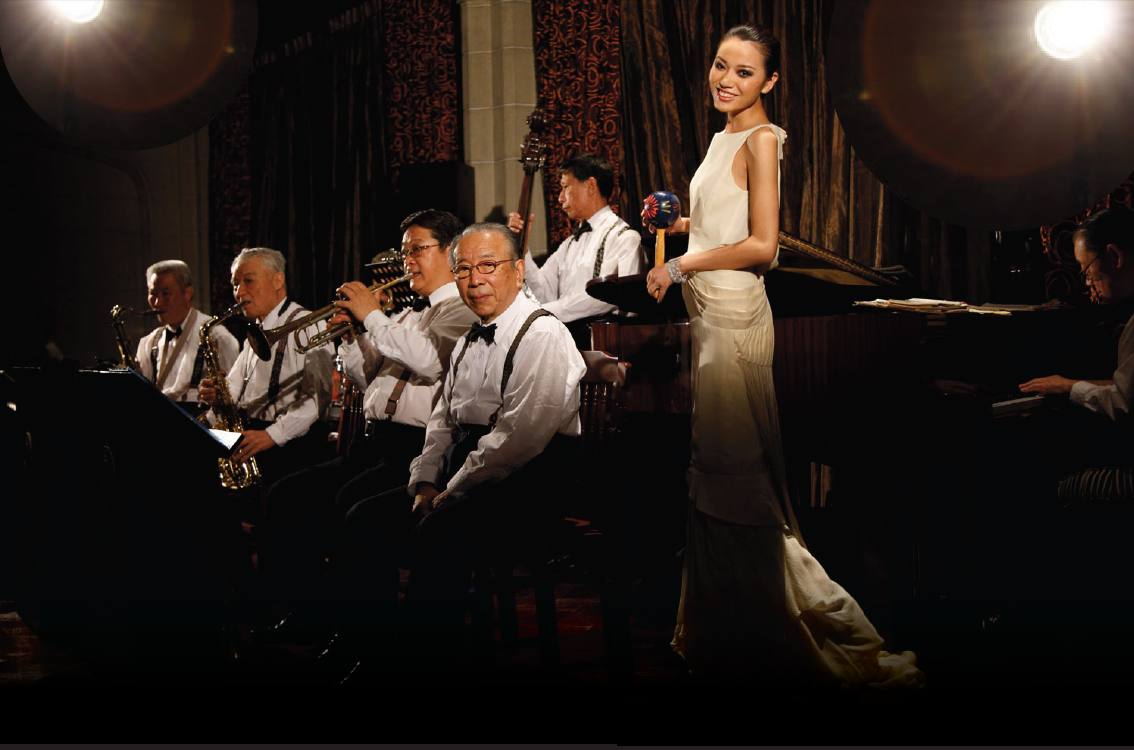 It was one of those chilly, crystal-clear Shanghai nights in early January and the city's two waterfront skylines -- one futuristic, the other historic -- were glittering inimitably at each other across the Huangpu River, luring two very different species of visitor.

On the Pudong side, in the ultra-modern Lujiazui financial district, where three of the world's 25 tallest skyscrapers rub shoulders, 2,400 investors had booked out the Shangri-La Hotel and most other nearby five-star accommodations for Swiss banking group UBS's annual China conference. Their motivation: to glean insights into what the future holds in these volatile times for the world's second-biggest economy.

Across the water on the Bund, the curving sweep of grand colonial-era architecture constructed in the 19th and early 20th centuries when Shanghai was controlled by Western powers, tourists and moviemakers were equally fervently throwing themselves back in time.

Of particular fascination: the landmark, art deco 10-story Fairmont Peace Hotel. There in a dimly lit bar, six members of the world's oldest jazz band -- average age 82 -- were wowing cocktail-sipping patrons as they and their forebears have, political conditions permitting, since the hotel opened in 1929.

Meanwhile beside the hotel, an entire street had been closed off and turned into a movie set complete with rickshaws, vintage cars and other prerevolution memorabilia.

Nostalgia for Old Shanghai has long held a fascination for Chinese and Hollywood filmmakers. In 1987, the Peace Hotel featured in Steven Spielberg's "Empire of the Sun." In 1991, it was the backdrop for "Center Stage," an award-winning Hong Kong biopic about the tragic 1930s Shanghai-born silent film star Ruan Lingyu.

Chinese actress Gong Li strutted her stuff there in 1995, as a 1930s nightclub singer and gangster's moll in Zhang Yimou's "Shanghai Triad." A decade later, so did Ralph Fiennes and Natasha Richardson in James Ivory's "The White Countess."

Hotel publicists are being untypically discreet about the latest movie shoot, but it's whispered that the glamorous Gong has once again been spotted gliding through the hotel's lovingly restored public spaces.

As for me, a spectator at both the investor conference and the jazz bar, and having inadvertently also stumbled onto the movie set, I ended the night standing on the Bund, gazing out across the river to the bauble-adorned Oriental Pearl TV Tower and pondering whether Shanghai's turbulent past held any clues to the country's future prospects.

At this spot in 2010, I had interviewed the legendary British investor Anthony Bolton, who had just set up the Fidelity China Special Situations investment trust after delivering 19.5% annual returns for the previous 28 years with a U.K.-focused fund. Despite being described in the Chinese tabloids as "The God of Stocks," Bolton never replicated anything like that success in China. He retired four years later having delivered just 5% returns over that entire period. But one of Bolton's investment philosophies stuck in my mind: the old Mark Twain-attributed bromide that history never repeats itself, but it does sometimes rhyme.

Zhou Wanrong, 97, might agree with that. The oldest member of the Peace Hotel band, he first played jazz in Shanghai in the 1930s and has seen the city regain much of its prewar glory as a great center of finance and conspicuous consumption. But between those times he endured Japanese occupation, civil war and the Cultural Revolution.

Shanghai is China on steroids. Yet over the years, investors who visited have seldom been completely at ease for fear that the China boom could some day just as spectacularly bust.

This year may be an exception. At the UBS China conference, both investors and speakers seemed cautiously upbeat, more so than when I attended in 2017. As Wang Tao, the bank's chief China economist, joked during a presentation: "This is the first year that I haven't been asked by clients whether China is about to crash."

In a country that's now a world leader in everything from fintech to artificial intelligence, does China's history offer any clues to its future prospects? Perhaps not. Or perhaps when the Chinese rollercoaster embarks on its next scary plunge, it's reassuring to know that the country has come though much worse during the lifetimes of six resilient old jazz men.