BANGKOK -- The latest entry in Thailand's IPO boom could also be its biggest: Retail giant Central Group is hoping to raise as much as $2.5 billion when it lists department store unit Central Retail later this month.

Like other Thai family conglomerates, Central is looking to raise funds to expand, go digital and modernize management -- all without giving up too much family control. Strategically listing units could help these groups achieve their goals.

The company finalized on Feb. 6 its initial public offering price of 42 baht per share in hopes of raising 78.1 billion baht ($2.5 billion). Up to 22.1% of its stock, or 1.33 billion shares, will be floated, with an overallotment option of 169 million shares. The deal is the country's largest IPO since BTS Rail Mass Transit Growth Fund raised 62 billion baht in April 2013.

The share offering "is an important step to transform a family business to another level," said Central Group executive chairman and CEO Tos Chirathivat during the roadshow for the IPO. Subscription for investors will begin on Feb. 6 and, if all goes well, the shares will trade on the Stock Exchange of Thailand starting Feb. 20.

Also in the IPO pipeline is the packaging unit of Siam Cement Group, among the 12 companies that have filed papers expressing an intention to list or already approved for an IPO by the Securities and Exchange Commission of Thailand.

Many Thai conglomerates are in the midst of a leadership transition. Some of those who helped their family-owned conglomerates grow exponentially along with the economy, are looking to hand the reins to a younger generation.

Thailand's richest man, Dhanin Chearavanont, ceded the chairmanship of Charoen Pokphand Group to his eldest son, Soopakij, and the CEO position to his youngest son, Suphachai.

At the same time, mature conglomerates are integrating outside managerial talent to keep themselves and their subsidiaries fit for future growth.

Central Group is controlled by the Chirathivat family and led by Tos, grandson of the group's founder. Forbes ranks the family as the second-richest in Thailand with a net worth of $21 billion, after only CP Group's Chearavanont brothers, with $29.5 billion. 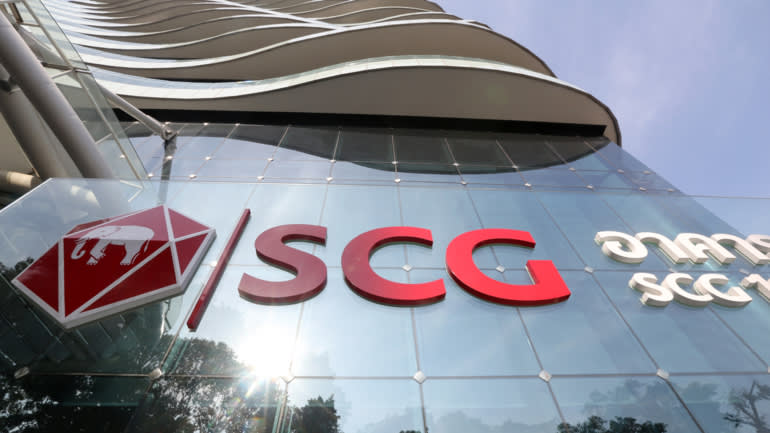 Siam Cement Group has filed for an IPO for its packaging materials arm, SCG Packaging. The company plans to expand production capacity with the proceeds of the listing. (Photo by Ken Kobayashi)

Conglomerates are slimming down in part to become more transparent and efficient, although that could be costly: They will need to set up new investor relations departments and make other operational changes.

But Central Retail sees the current weakness of the Thai economy as a chance to grow. "A soft economy is the best opportunity for large corporates to expand their market share," said CEO Yol Phokasub. The company hopes to expand both domestically and internationally.

The company earned 74.7% of its revenue in Thailand, while 17.9% came from Vietnam and 7.2% from Italy. "We expect to double revenue in Vietnam in five years," said Central Retail Vietnam CEO Philippe Jean Broianigo.

In its prospectus, SCG Packaging said it plans to expand production capacity with the proceeds of the listing. The company makes the corrugated cardboard boxes and folding cartons essential to meet demand from Thailand's fast-growing e-commerce business.

Asset World, which owns luxury hotels, such as the Marriot Marquis in Bangkok and Banyan Tree in the resort town of Koh Samui, is the property development arm of TCC Group, a conglomerate led by billionaire Charoen Sirivadhanabhakdi. The developer said it would spend the IPO proceeds to buy hotels, and to renovate and develop existing properties.

Although Thailand's IPO pipeline looks healthy for now, it is vulnerable to uncertainties. "As we move into 2020, we expect ongoing geopolitical headwinds and rising investor skepticism to slow IPO activity in the second half of the year," said EY's head of IPOs for the Asia-Pacific region, Ringo Choi.

The kingdom's benchmark SET index is now hovering about 1,500, but it faces downward pressure as investors fret over the economic outlook. On Feb 3, the index fell to 1496.06, the lowest level since November 2016. Thailand's central bank on Feb. 5 cut its policy rate to a record low to cushion the blow of the coronavirus epidemic.

Thai conglomerates, in many cases, are listing units but not the main holding companies. This "allows the owner's family to keep their wealth discreet, under private ownership, and less subject to public scrutiny," said Thammasat Business School's Pavida.

She warned that regulators and investors should watch carefully to ensure the IPOs do not lead to cross-shareholdings among company units owned by the same family, as "that is one way family-owned conglomerates could stifle the role of minority shareholders."